Closing the Digital Divide: How Rural Broadband Benefits Communities and the Climate

In 2019, at least 14.5 million Americans lacked broadband (or high-speed internet) access, with rural communities and tribal lands bearing a disproportionate share of the burden. The inaccessibility or unaffordability of broadband leads to the "digital divide" phenomenon—the socioeconomic gaps that arise between communities that have reliable access to high-speed internet and those that do not. A lack of broadband access often exacerbates the pre-existing burdens of underserved communities by impacting services that increasingly depend on the internet, including education and healthcare. Broadband also facilitates many energy-efficiency technologies that reduce carbon emissions and save customers money. In other words, broadband expansion is essential to a successful transition to a clean energy economy. This issue brief will explore the current state of U.S. internet access, how more broadband deployment could improve the equity and well-being of communities, the potential for broadband to unlock greater energy efficiency, and what the United States has accomplished so far in closing the digital divide. 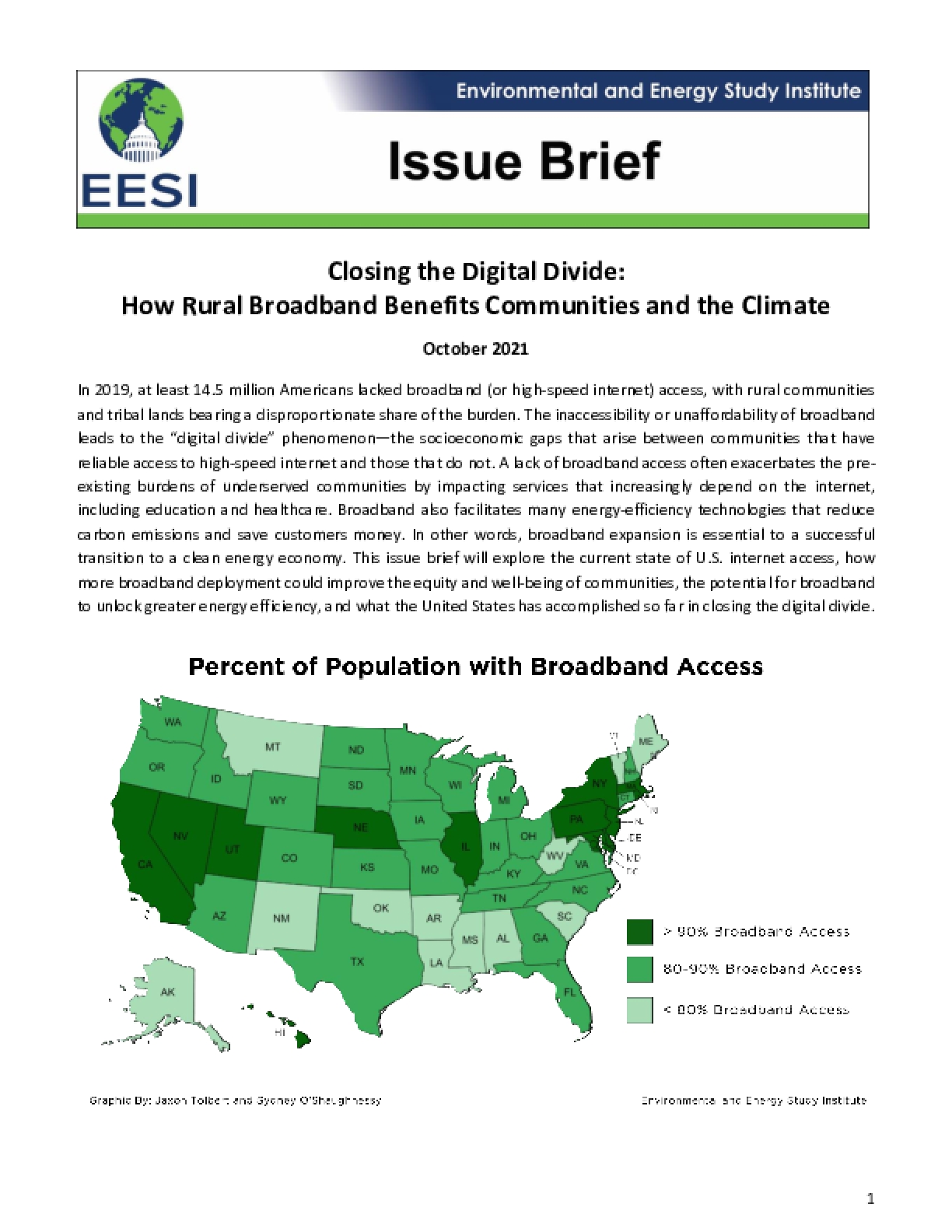