Closing the Gap: Past Performance of Health Insurance in Reducing Racial and Ethnic Disparities in Access to Care Could Be an Indication of Future Results

This historical analysis shows that in the years just prior to the Affordable Care Act's expansion of health insurance coverage, black and Hispanic working-age adults were far more likely than whites to be uninsured, to lack a usual care provider, and to go without needed care because of cost. Among insured adults across all racial and ethnic groups, however, rates of access to a usual provider were much higher, and the proportion of adults going without needed care because of cost was much lower. Disparities between groups were narrower among the insured than the uninsured, even after adjusting for income, age, sex, and health status. With surveys pointing to a decline in uninsured rates among black and Hispanic adults in the past year, particularly in states extending Medicaid eligibility, the ACA's coverage expansions have the potential to reduce, though not eliminate, racial and ethnic disparities in access to care. 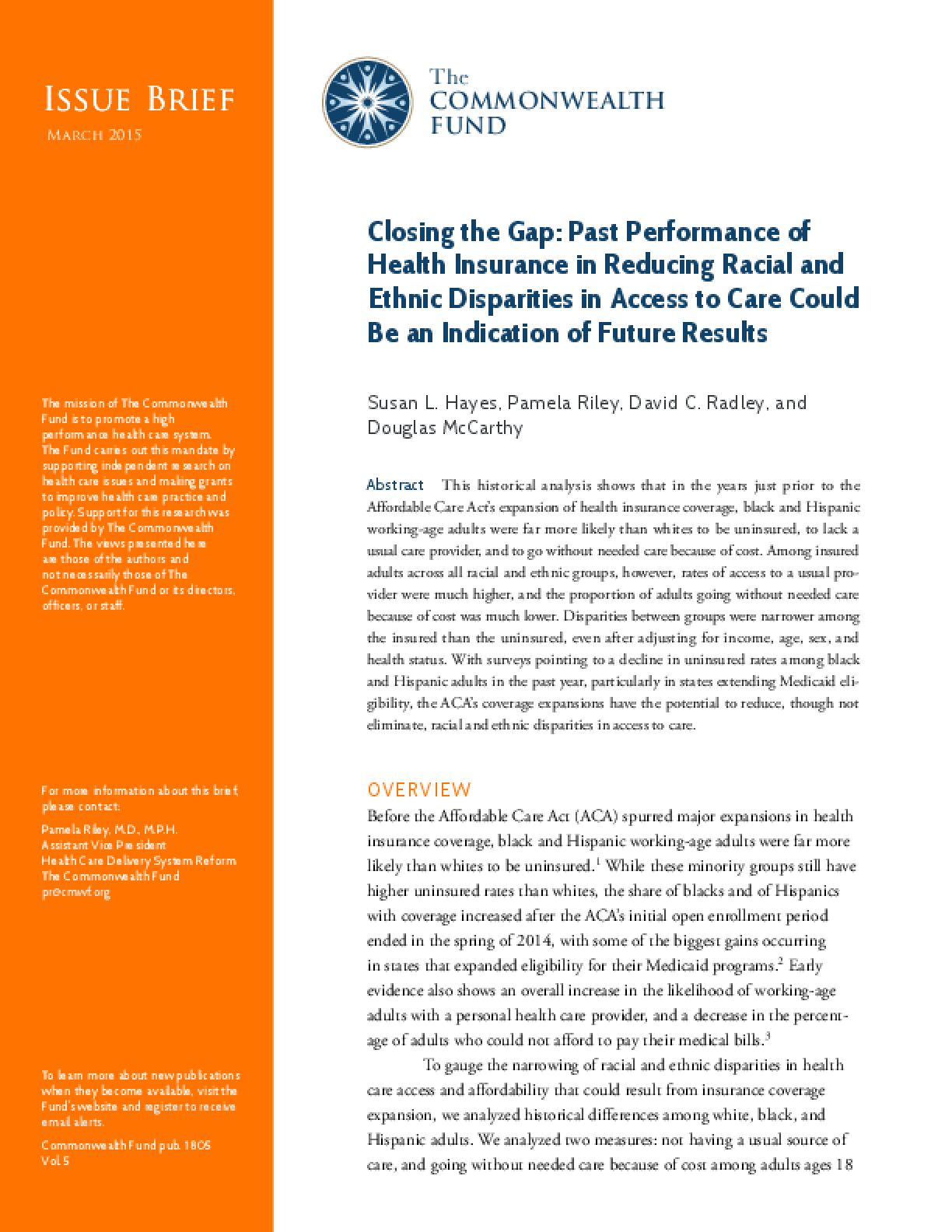