Closing the Grocery Store Gap in the Nation's Capital

Many thousands of people who live in the nation's capital do not have adequate access to healthy and affordable food. In fact, 1 in 7 households in Washington, D.C., is food insecure. The majority of these residents is African American and lives in Wards 7 and 8, which have the highest poverty rates in the city and a paucity of full-service grocery stores.

These numbers stand in sharp contrast to the number of stores located in higher-income wards, most of which have seven or more full-service grocery stores. This disparity reflects both the growing economic and racial inequality in the city and the shortfalls in the District's efforts to solvethe problem. This disparity also exacerbates food insecurity and poor health outcomes for theDistrict's most vulnerable residents. 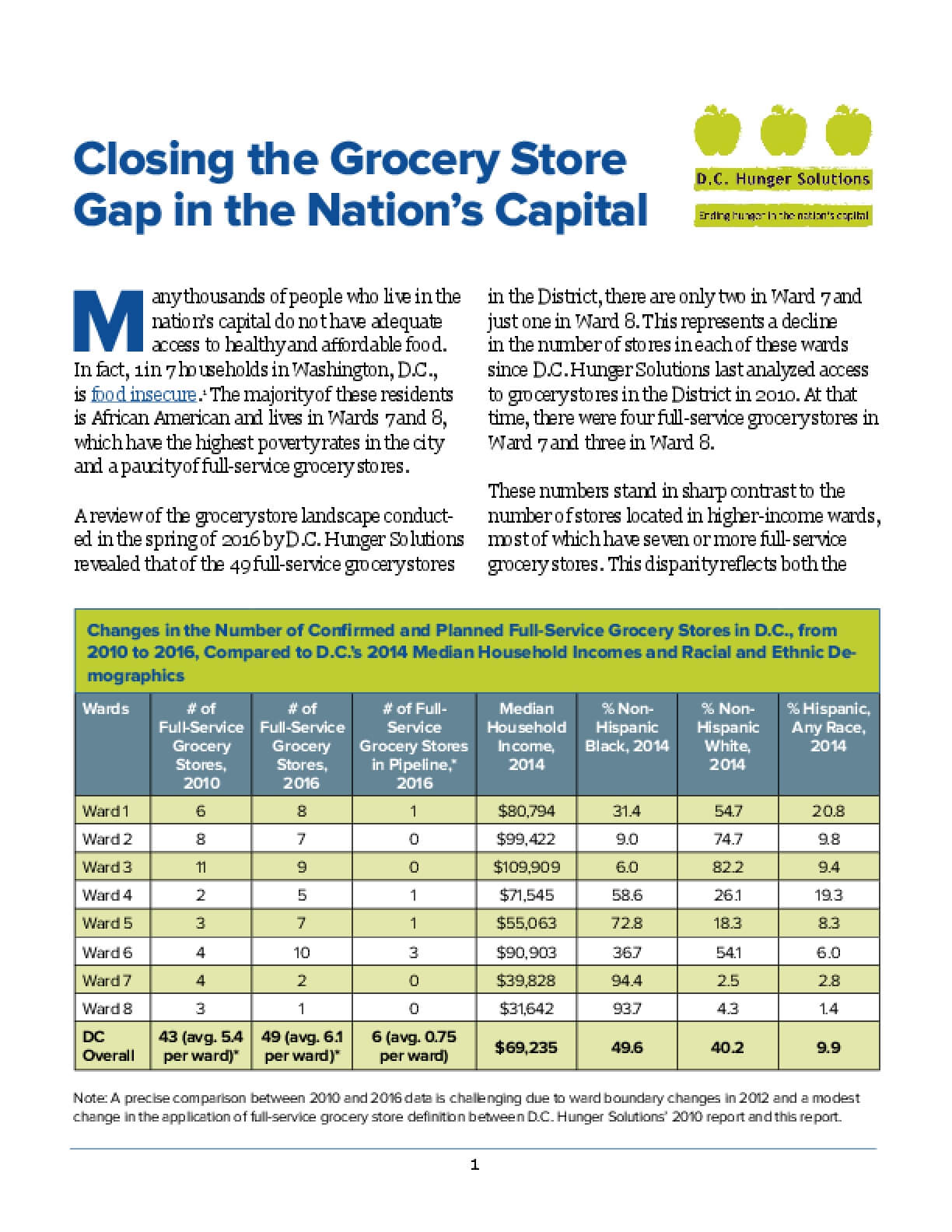