Collaboration remains an on-going discourse throughout the funder community, but little has been written about explorations or innovations into different ways of working collectively, beyond what was established decades ago.

The Connecticut legislation calling for a greater coordination of efforts to improve early childhood outcomes explicitly invited "philanthropic organizations" to partner in the development of new policies and a systematic approach for supporting young children and families. The Connecticut Early Childhood Funder Collaborative emerged as the platform for philanthropy to do this work.

Similar to other funder collective endeavors, the Collaborative and the state can claim short-term success. They not only had tangible results, but each valued their ability to coalesce to achieve those results. The difference in this effort was the melding of knowledge, networks and funding in a new paradigm. The more difficult question is whether the short-term endeavor creates the necessary conditions to sustain their efforts long enough to realize true systems change and improved outcomes for children and families.

For large-scale systems change, co-creation may be a more fitting approach; it acknowledges self-interest, existing alongside shared goals and purpose, as necessary to sustain voluntary efforts. Co-creation is predicated on the notion that traditional top-down planning or decision-making should give way to a more flexible participatory structure, where diverse constituencies are invited in to collectively solve problems.

Co-creation doesn't give priority to the group or the individual, but instead supports and encourages both simultaneously. In co-created endeavors, a shared identity isn't needed; members continue to work toward their own goals in pursuit of the common result. Co-creation enables individuals to work side by side, gaining an understanding of the goals, resources, and constraints that drive the behaviors of others, and adjusting accordingly to maintain a mutually beneficial gain.

The partnership of the Connecticut Early Childhood Funder Collaborative, the State, and the Connecticut Council for Philanthropy was not originally structured to be an example of co-creation. It does, though, possess many of the attributes of successful co-creation endeavors. Recognizing these similarities in structure and purpose holds much promise to help the public and private sectors understand not only what to sustain, but how best to organize and continue working to achieve the long-term goal. 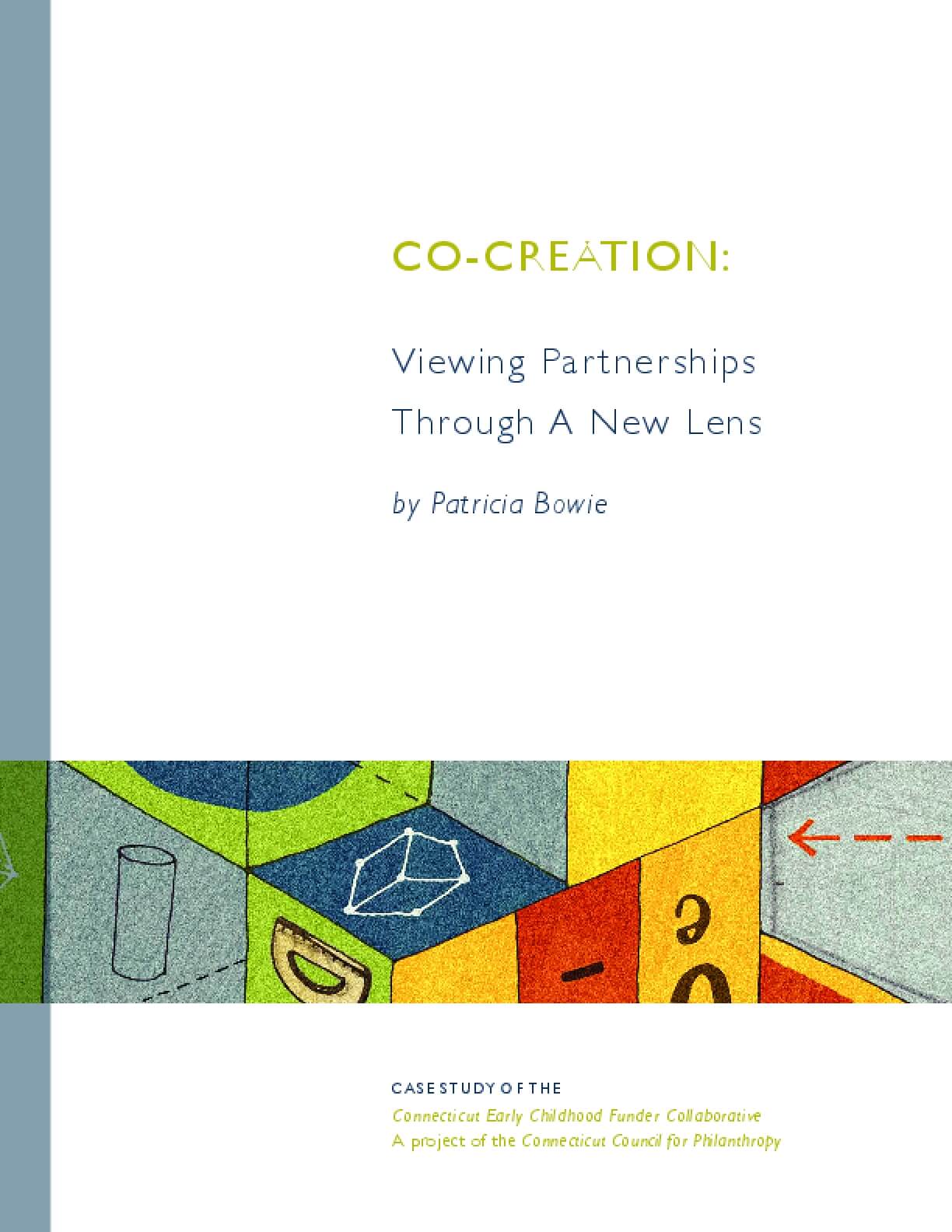