In 2004, the New York City Department of Small Business Services and representatives from the New York City Workforce Development Funders Group joined together to form the Workforce Innovation Fund (WIF) with the goal of sharing expertise and learning and providing an avenue to merge resources to support common goals. WIF's first project was the New York City Sectors Initiative(NYCSI), a project aimed at creating a new model for workforce development in New York City -- one that would be responsive both to employers and job seekers. After almost three years of start-up and planning, funding for two sectoral programs was awarded in March and October 2006. This report -- the first of three P/PV reports on the NYCSI -- looks at the Initiative's initial start-up and planning phases from WIF's formation in early 2004 through October 2006. Collaborating to Innovatereflects on lessons learned around how to build collaborative workforce projects aimed at meeting the needs of employers and job seekers. 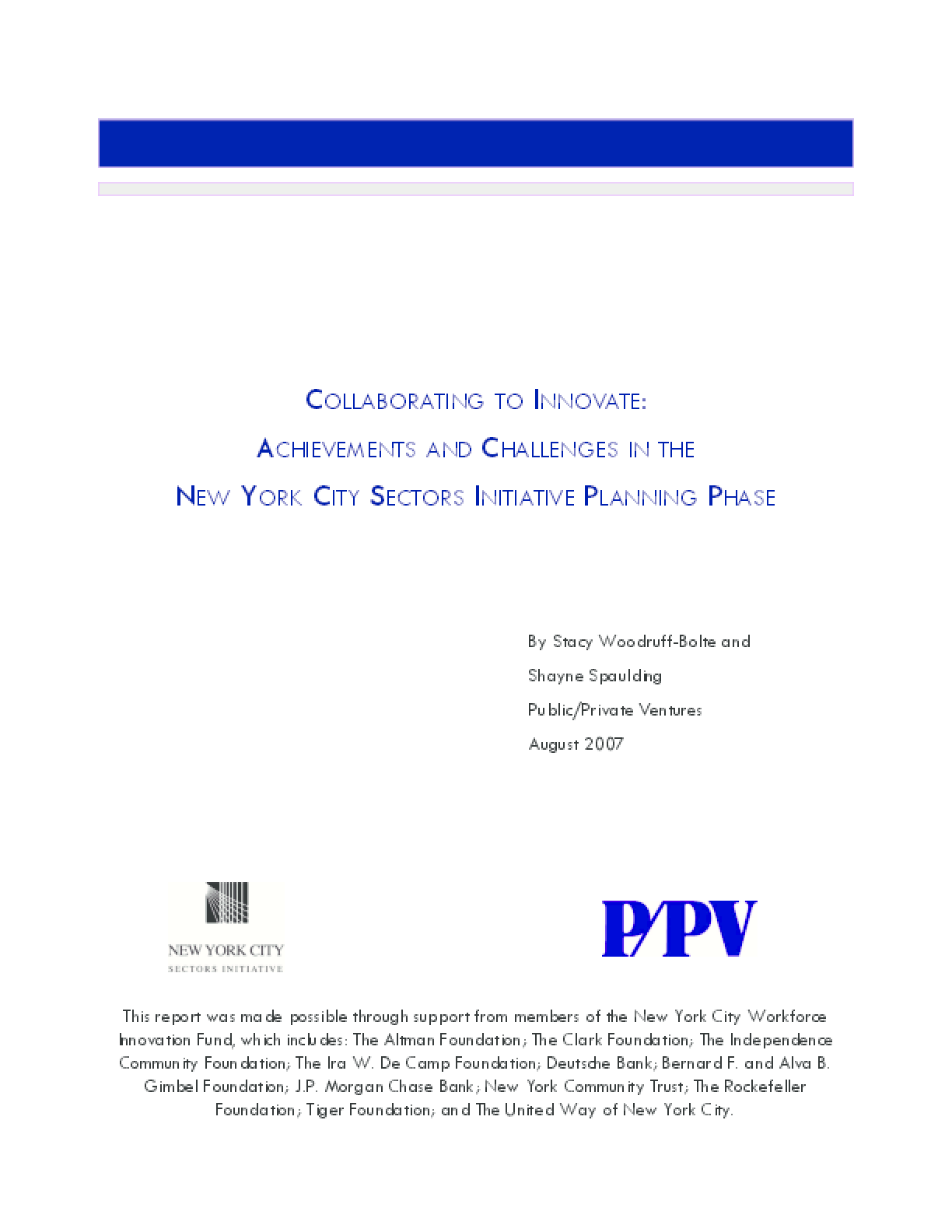