Collaboration and the Ecology of Democracy

This Kettering Foundation report explores the features and implications of citizen-driven, multi-party collaboration. Kettering has called the spaces and opportunities where this type of collaboration takes place the "political wetlands." Kemmis and McKinney embrace this ecological metaphor, seeing the emergence of democracy as similar to the self-organizing phenomena that arise in the natural realm. As democracy has evolved and matured over the millennia, it has become more bureaucratic and structured. Toward the end of the 20th century, citizens' desire for a more authentically engaged and constructive kind of involvement has produced new, less structured forms of deliberative and collaborative democracy. Several case studies of collaboration revolving around natural resources and governing public land are provided. In Idaho, for example, the Henry's Fork Watershed Council brings together competing interests -- farmers, ranchers, anglers, outfitters, guides, and environmentalists -- and provides a forum where they can address challenges that arise along the watershed. For nearly two decades, this group of people, who often stand on opposite sides of the political divide, has resolved problems by tapping into the collective intelligence of its members.The authors suggest that such place-based, collaborative initiatives may evolve into new forms of democratic governance. 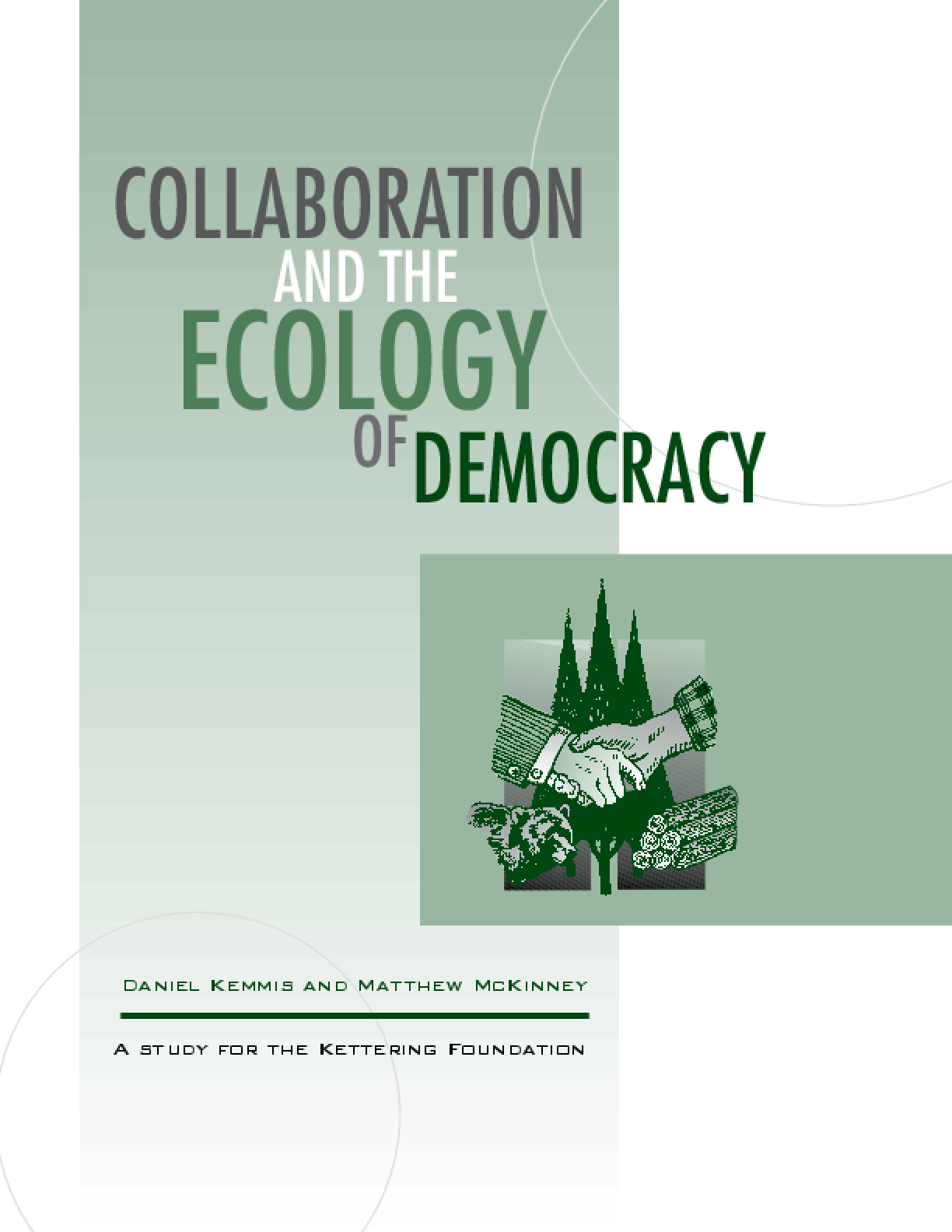