Colorado: Round 1 - State-Level Field Network Study of the Implementation of the Affordable Care Act

This report is part of a series of 21 state and regional studies examining the rollout of the ACA. The national network -- with 36 states and 61 researchers -- is led by the Rockefeller Institute of Government, the public policy research arm of the State University of New York, the Brookings Institution, and the Fels Institute of Government at the University of Pennsylvania. Colorado is one of fourteen states and the District of Columbia that elected to operate a state-based health insurance exchange and to expand Medicaid in 2014 as part of the rollout of the Affordable Care Act (ACA). These decisions are consistent with Colorado's approach to health care reform. Before the ACA was signed into law in 2010, the state had made incremental expansions in Medicaid eligibility and laid the groundwork for an insurance marketplace. 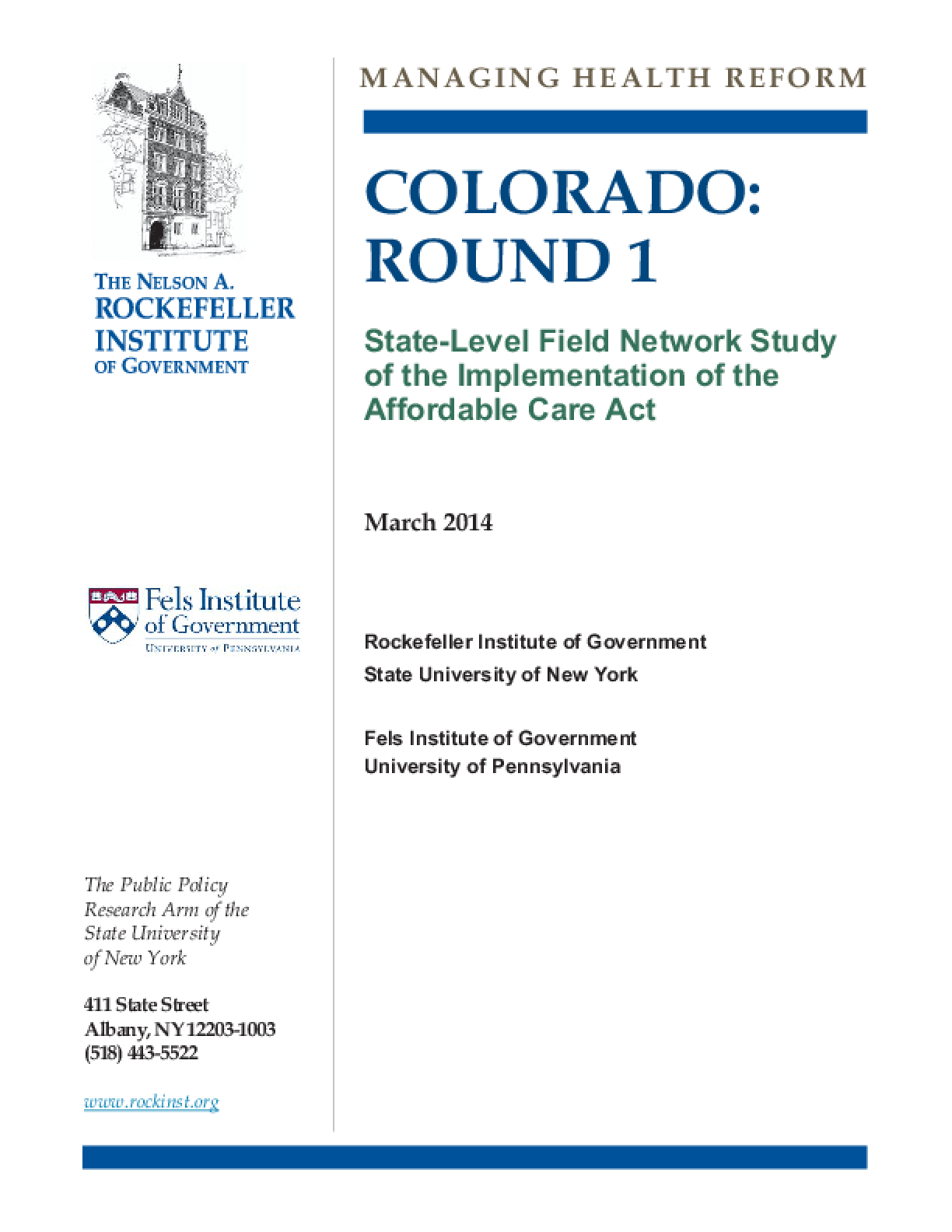