Using census data, CRP looked at poverty in Columbus and Franklin County. We examined the overall increase in poverty, the people in poverty, and where those people are living. Between 1970 and 2006, the number of persons in poverty in Franklin County grew at more than triple the rate of overall population growth. In 2006, one in three county residents had incomes below the self-sufficiency level of 200% of poverty. Over 40% of female-headed families with young children lived in poverty, while only about 4% of married couple families were poor. In 2006, Franklin County's black or African American population had a poverty rate nearly three times that for the white population. The Hispanic population had poverty over twice the rate of the white population. The poverty rate of Older Columbus was nearly three times that of Newer Columbus and almost five times suburban Franklin County; however, poverty is becoming much more dispersed. In 2000, the majority of Franklin County's poverty population (51%) lived outside of Older Columbus, compared to only 30% in 1970. 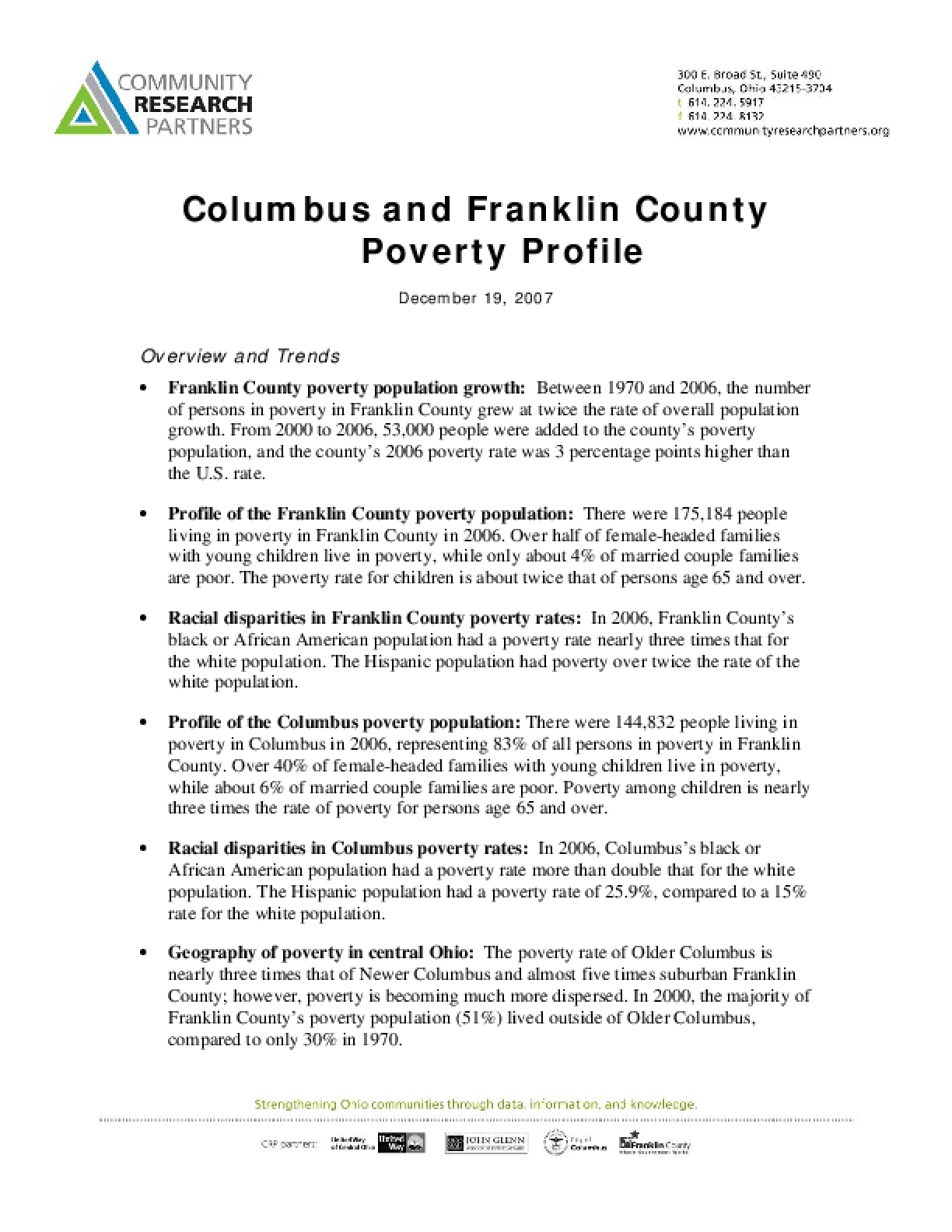