Combatting Corruption Among Civil Servants (2017): Interdisciplinary Perspectives on What Works

In 2016, USAID's Center of Excellence on Democracy, Human Rights, and Governance launched its Learning Agenda—a set of research questions designed to address the issues that confront staff in USAID field offices working on the intersection of development and democracy, human rights, and governance. This literature review—produced by a team of economists, political scientists, sociologists, and anthropologists—synthesizes scholarship from diverse research traditions on the following Learning Agenda question:

Overall there was not a great deal of rigorous academic evidence either for or against the majority of commonly prescribed anti-corruption strategies, with the partial exception of anti-corruption audits and e-governance. These findings are discussed at length in the publication, and contextualized within a broader analysis why the first wave of corruption reforms has generated so few success stories. 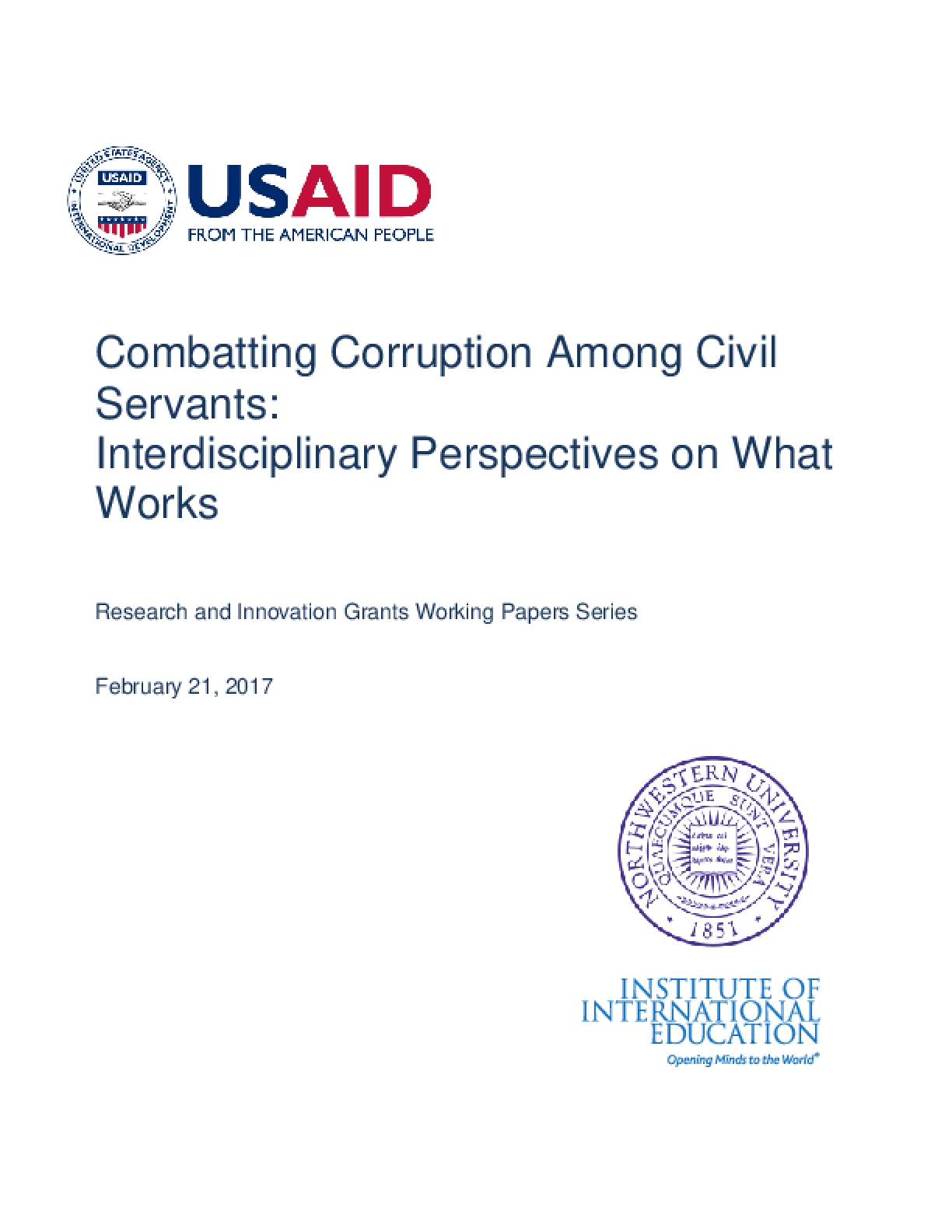