Come On In. The Water's Fine. An Exploration of Web 2.0 Technology and Its Emerging Impact on Foundation Communications

According to the authors of Come on in. The water's fine. An exploration of Web 2.0 technology and its emerging impact on foundation communications, foundations that have adopted new and still emerging forms of digital communications -- interactive Web sites, blogs, wikis, and social networking applications -- are finding that they offer "opportunities for focused convenings and conversations, lend themselves to interactions with and among grantees, and are an effective story-telling medium." The report's authors, David Brotherton and Cynthia Scheiderer, of Brotherton Strategies, who spent nearly a year exploring how foundations are using new media, add that "electronic communications create an opportunity to connect people who are interested in an issue with each other and the grantees working on the issue."

The report also acknowledges that the new technologies raise skepticism and concern among foundations. They include the "worry of losing control over the foundation's message, allowing more staff members to represent the foundation in a more public way, opening the flood gates of grant requests or the headache of a forum gone bad with unwanted or inappropriate posts."

Still, the report urges foundations to put aside their worries and make even more forceful use of new media applications and tools. The report argues that whatever is "lost in message control will be more than made up for by the opportunity to engage audiences in new ways, with greater programmatic impact."

Acknowledging that adoption of new media tools will require some cultural and operational shifts in foundations, the report offers suggestions from Ernest James Wilson III, dean and Walter Annenberg chair in communication at the University of Southern California, for how to deal with these challenges. He says that for foundations to make the best use of what the technology offers, they should concentrate on three things:
As Wilson also says, "All of these steps first require leadership, arguably a new type of leadership, not only at the top but also from the 'bottom' up, since many of the people with the requisite skills, attitudes, substantive knowledge and experience are younger, newer employees, and occupy the low-status end of the organizational pyramid, and hence need strong allies at the top." 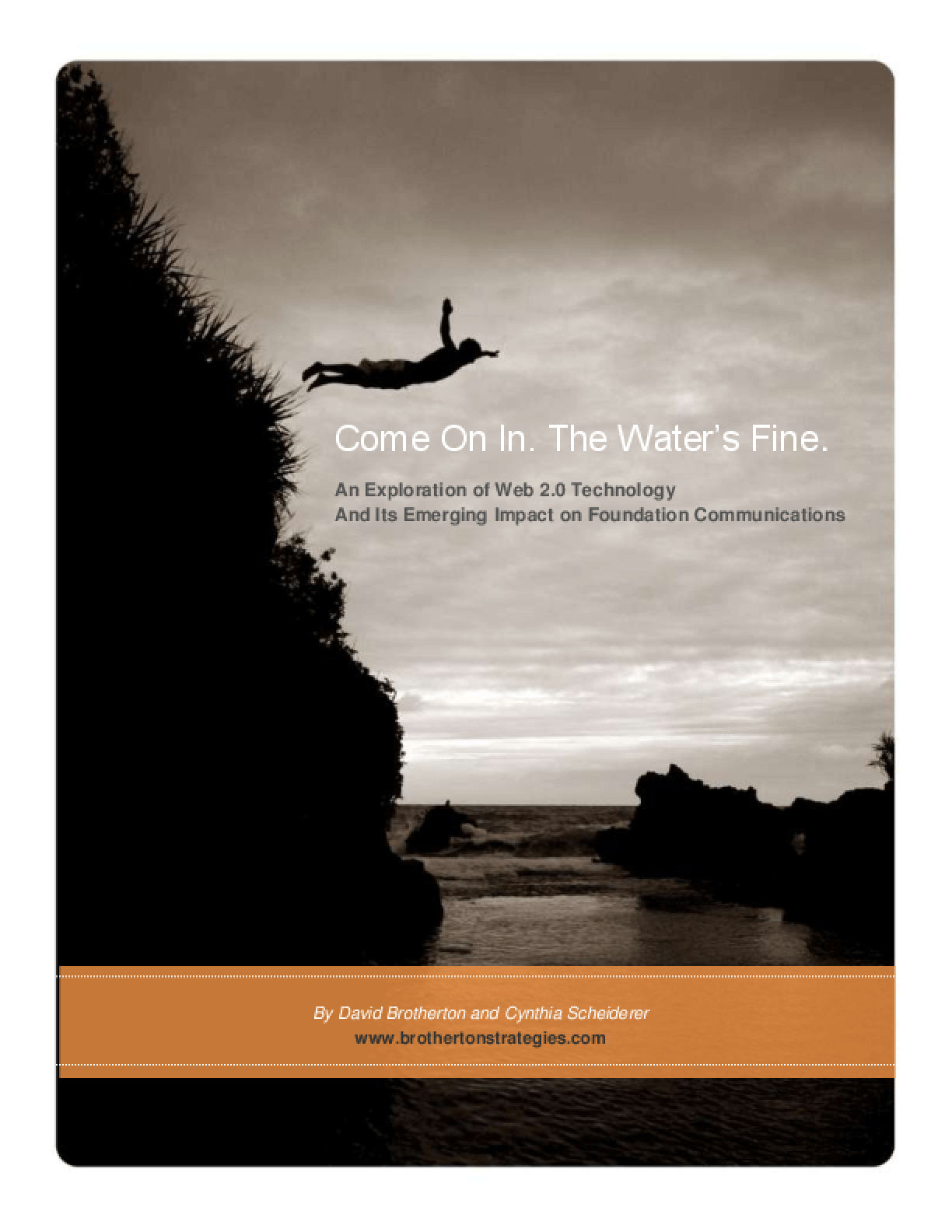