Coming Flood: Philanthropy in this Decade

The essay discusses the impending intergenerational transfer of wealth and how it may drive the coming of a second "Golden Age of Philanthropy." The bulk of the research was carried out in 2001. Since that time, the U.S. and the world have changed (the stock market's downturn, a war in Iraq), so the paper should be read in terms of its context. That said, the initial research into the more immediate scale and impact of the intergenerational wealth transfer indicate that giving from 2001 through 2010 could be $1-$1.5 trillion more than it was from 1991 through 2000. This means that by 2010, an additional $100 to $150 billion could be given away in the U.S. each year. What would this mean for philanthropy in America? What could it mean for the world? The authors promise a new version 2.0, taking recent developments into account. 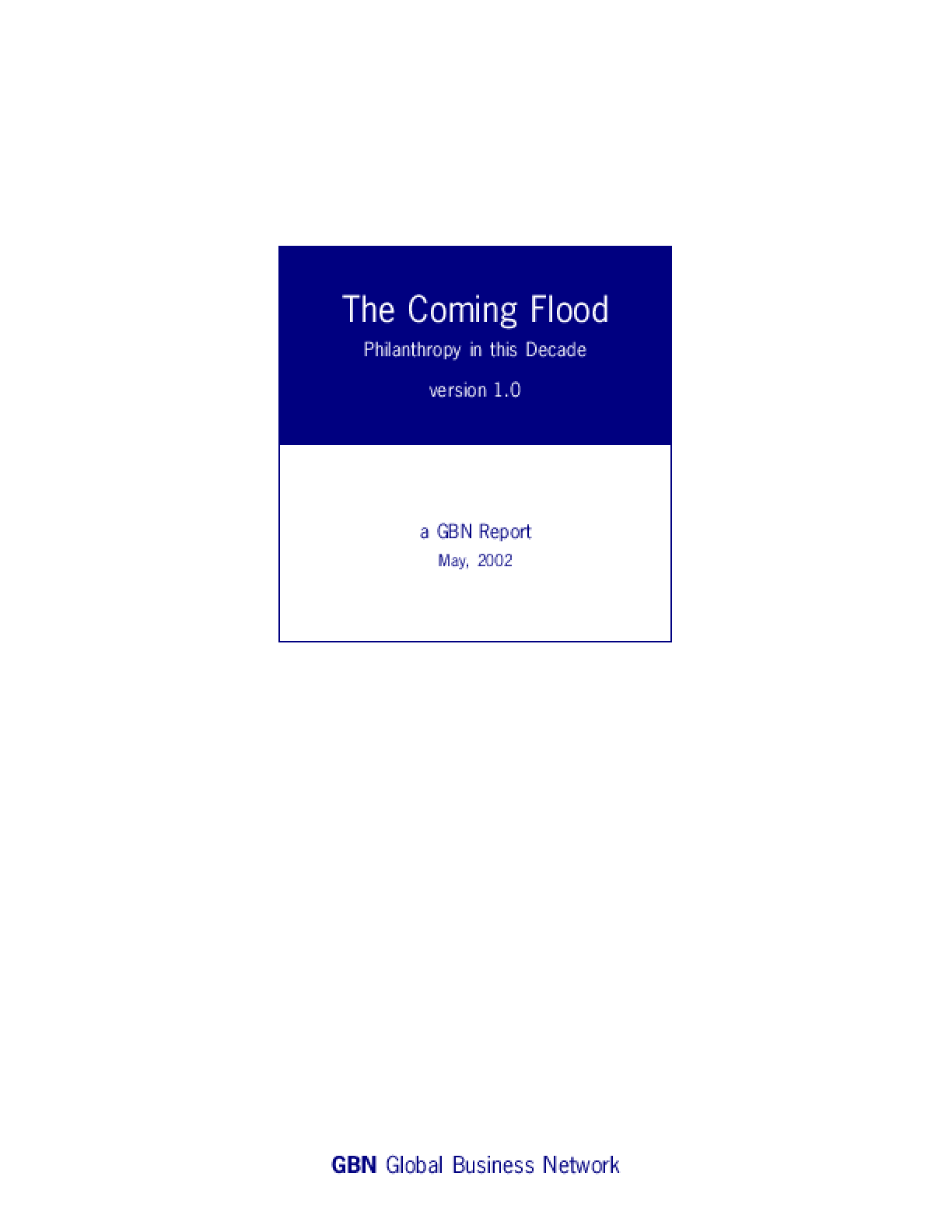