Coming Out, Stepping Up: Organizing to Build the Power of LGBTQ Youth

Over the past three years, we have witnessed unprecedented changes in the United States and around the world, spanning incredible victories and major crises. We saw the historic election of the first black president of the United States while in the backdrop we braced ourselves for the worst economic conditions since the Great Depression. We also witnessed the legalization of same sex marriage in some states and the subsequent amendments barring the rights of same sex couples to marry. We also saw the rise of homelessness and increased rates of HIV infection amongst lesbian, gay, bisexual, transgender, and queer (LGBTQ) youth of color. History has taught us that crisis presents opportunities for change if people are organized and mobilized in large numbers. Within the LGBTQ community, the decline of sustained organizing and long-term leadership development in favor of strategies consisting solely of legal advocacy, litigation, and services presents the serious danger of losing ground we have already made and threatens to leave the most marginalized in our communities out of the picture. This report is not only about highlighting the major problems facing LGBTQ youth, but also a call to action to the LGBTQ movement to invest in organizing as an essential strategy for change in general, and particularly amongst LGBTQ youth of color. The opportunity to organize for the change LGBTQ youth desperately need exists. As a movement, we do not have the time or luxury to let it slip away. 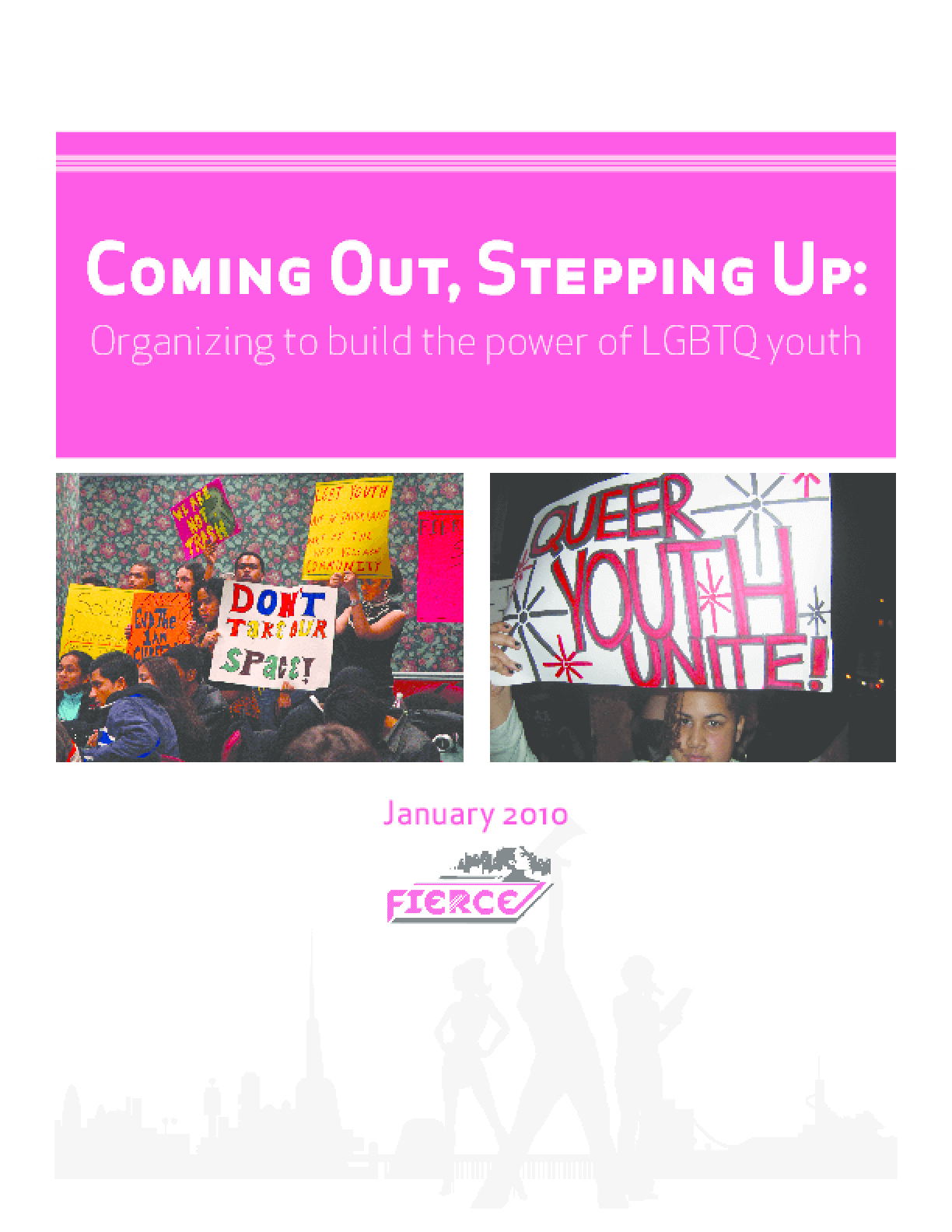