Comments on Home Office Green Paper "Paths to Citizenship" May 2008

In summary, while welcoming the intention to simplify and clarify the immigration system, Oxfam is concerned that the proposals create a more complex, less transparent and less welcoming system for migrants. We would like to see greater recognition of the value of migration in the struggle to reduce poverty and inequality. We suggest the Government review the language and proposals of the Green Paper in the light of their potential to harden public attitudes towards migrants. The new proposals for probationary citizenship, and measures to ensure would-be citizens meet criteria for "active" citizenship, would make them more vulnerable to discrimination and potential exploitation. Oxfam is reassured by the re-stated commitment to those in need of protection, but would like to see forced migrants excluded from the proposal completely. Finally, Oxfam fears that an additionally punitive regime would lead to many migrants being afraid to ask for legitimate entitlements, and opposes any restriction in benefits which would result in people resident in the UK being denied basic rights to food, water, shelter, and protection, whatever their immigration status and nationality. 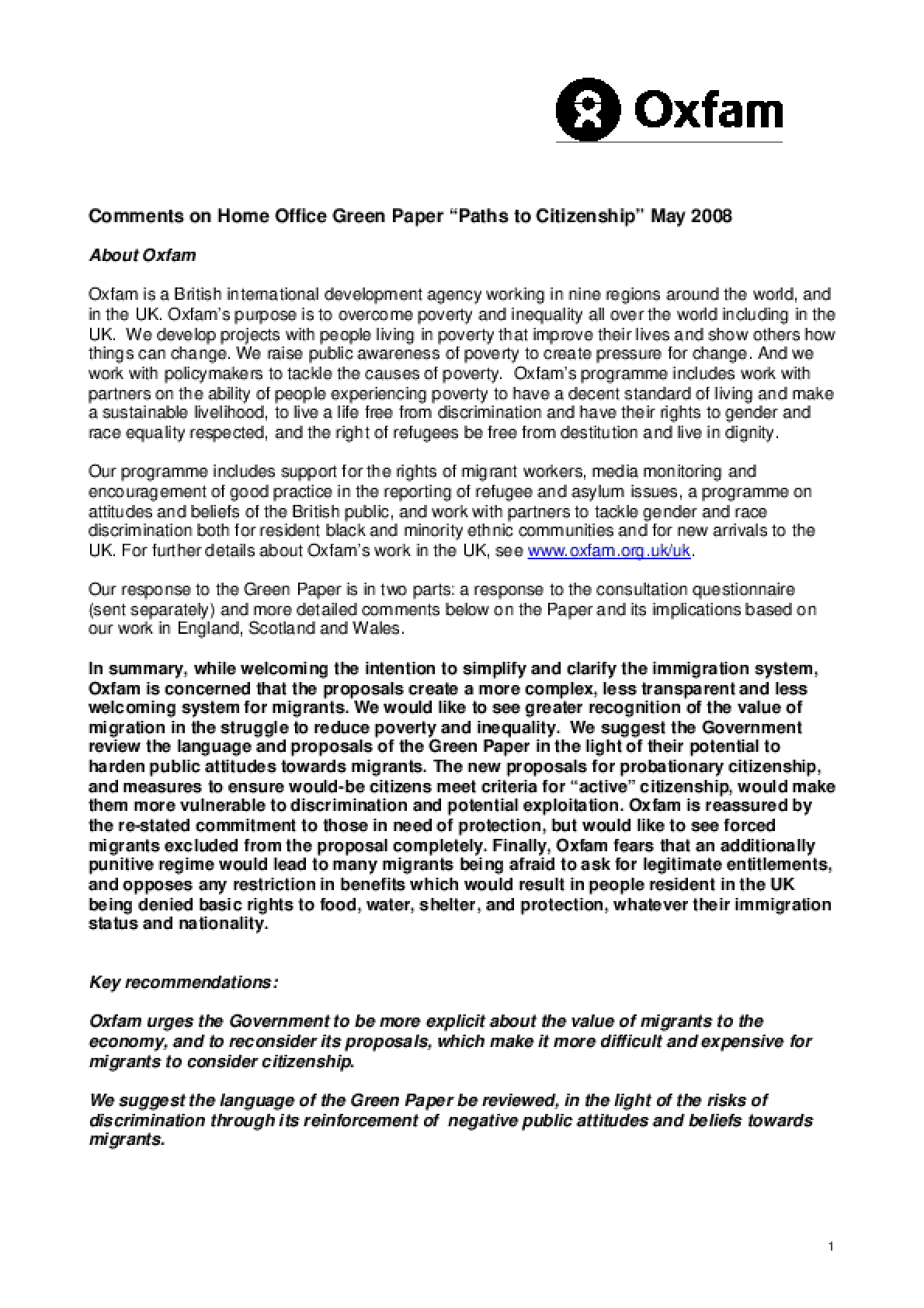