Guns in the hands of the dangerously mentally ill have taken the lives of too many people. Mass shootings, like the shooting in a parking lot in Tucson, Arizona in January 2011, and the shooting in a movie theater in Aurora, Colorado in July 2012, have brought this problem to the attention of the American public. Experts have objected to the media's emphasis on mentally ill mass shooters, because mental illness is not the cause of most forms of gun violence toward others. Nevertheless, mental illness certainly plays a role in this violence, as the recent surge in mass shootings demonstrates. In fact, mental illness plays an even greater role in gun suicides, many of which could be averted if guns were temporarily removed from the situation. Existing state laws do not do enough to remove access to guns from dangerously mentally ill people. This report provides a series of proposals that state legislators should consider to address this problem and save lives. 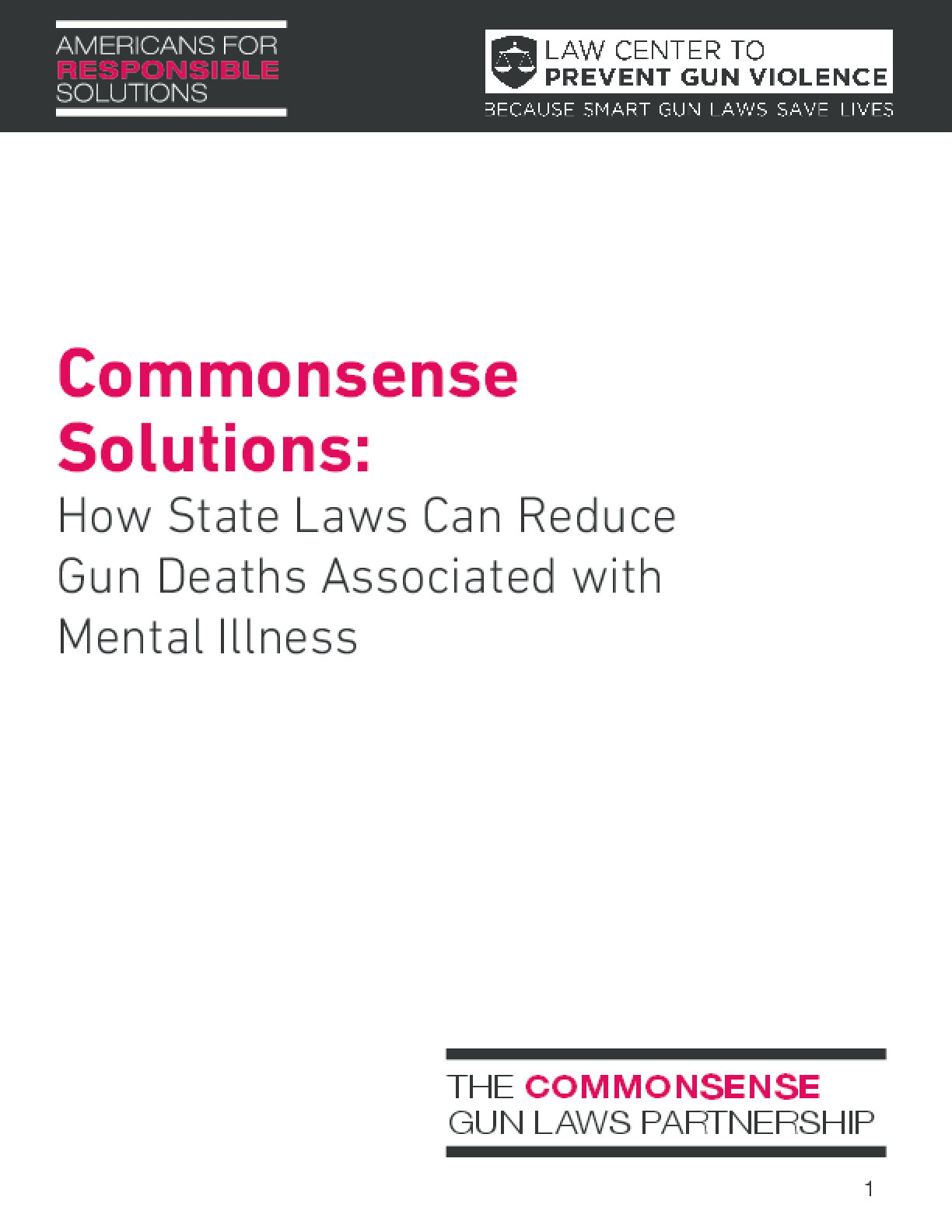