Recent public health emergencies, such as the Ebola virus disease outbreak in West Africa (2014–2015), the emergence of the Zika virus syndrome in 2015–2016 and multi-country yellow fever outbreaks in Africa in 2016, have highlighted major challenges and gaps in how risk is communicated during epidemics and other health emergencies.

The challenges include the rapid transformation in communications technology, including the near-universal penetration of mobile telephones, the widespread use and increasingly powerful influence of digital media which has had an impact on 'traditional' media (newspapers, radio and television), and major changes in how people access and trust health information.

Important gaps include considerations of context – the social, economic, political and cultural factors influencing people's perception of risk and their risk-reduction behaviours. Finally, guidance is needed on the best approaches for strengthening emergency risk communication (ERC) capacity and sustaining them for potential health emergencies. 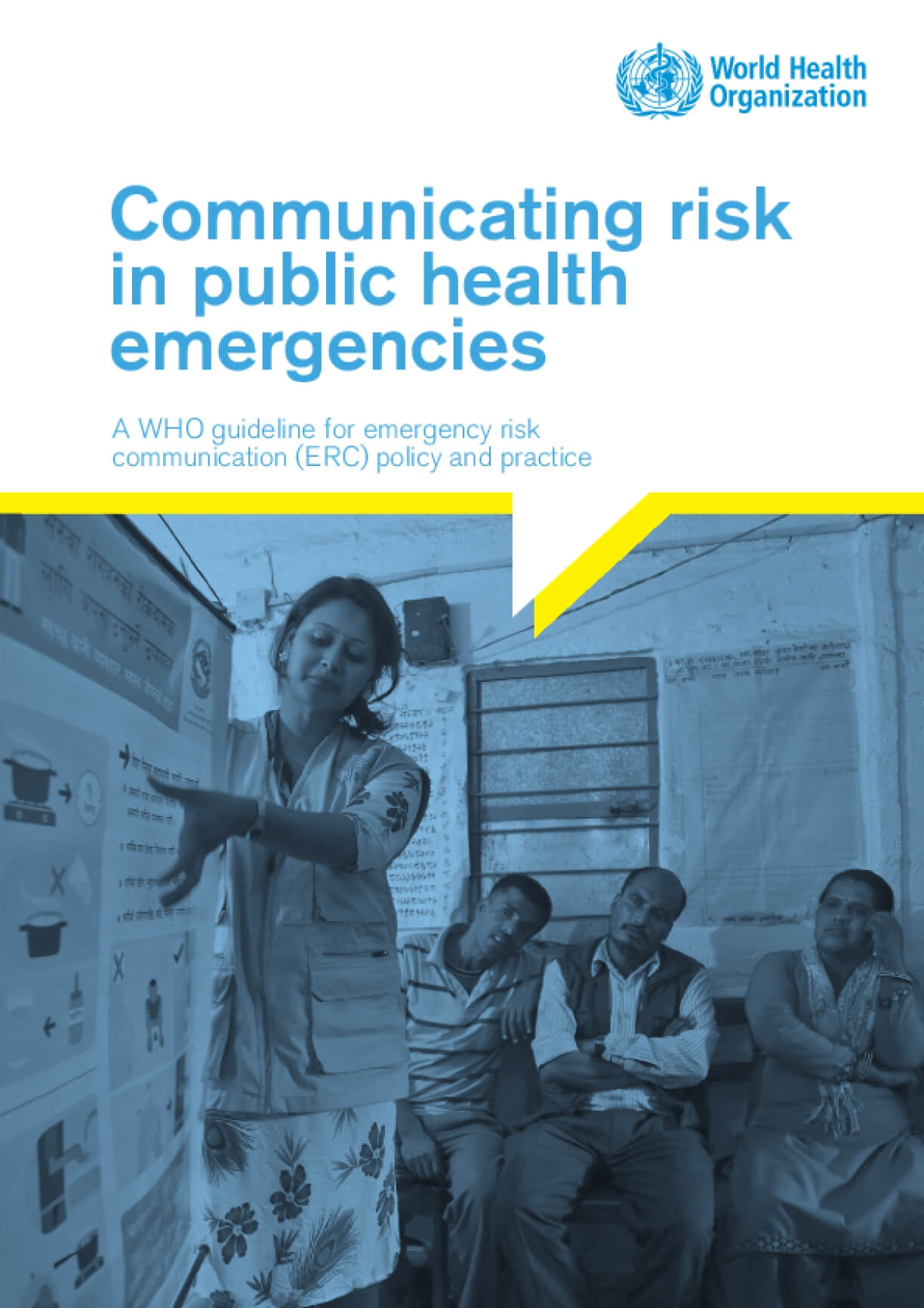