Communities, Not Cages The Case for Reducing the Cook County Sheriff’s Jail Budget

In 2013, more than 10,000 people were incarcerated in Cook County Jail on any given day, and the Cook County Sheriff's Department had a budget of $445 million dollars. On October 21, 2018, there were 6,095 people in Cook County Jail and another 2,180 people in custody on Electronic Monitoring. Despite this massive 44% decrease in the number of people incarcerated in the jail between 2013 and 2018, the Sheriff's Budget grew 28% over that same five year period—reaching a whopping $588 million in 2018.

This historic decline in the number of people in Cook County Jail, the result of successful pretrial justice reforms, should coincide with a similar decrease in the Sheriff 's budget. Instead of being reallocated within the Sheriff's budget, these funds should be redirected to services benefitting Cook County's most marginalized residents. These residents overwhelmingly live in the very same Black and Brown communities most harmed by Cook County Jail and our broken pretrial system.

Cook County is already spending tens of millions of dollars each year specifically targeting these neighborhoods; that money is being allocated to surveillance, policing, and incarceration. Righting the wrongs of this unjust system must include taking the funds previously used to incarcerate Cook County's most marginalized communities and channeling them towards resources that actually strengthen those communities. Spending on Cook County Jail is fundamentally regressive, whereas investment in lower-cost community services allows us to address the root causes of the social problems so often cited to justify bloated budgets for incarceration. Cook County residents need access to mental health treatment in the community, stable housing, effective educational opportunities, and jobs that can support a family. The declining number of people in jail shows that Cook County is ready to take the next step in ending mass incarceration. By re-allocating money from reactionary corrections programs to proactive and preventative community services, Cook County can begin to effectively invest in the communities and people previously neglected and criminalized. 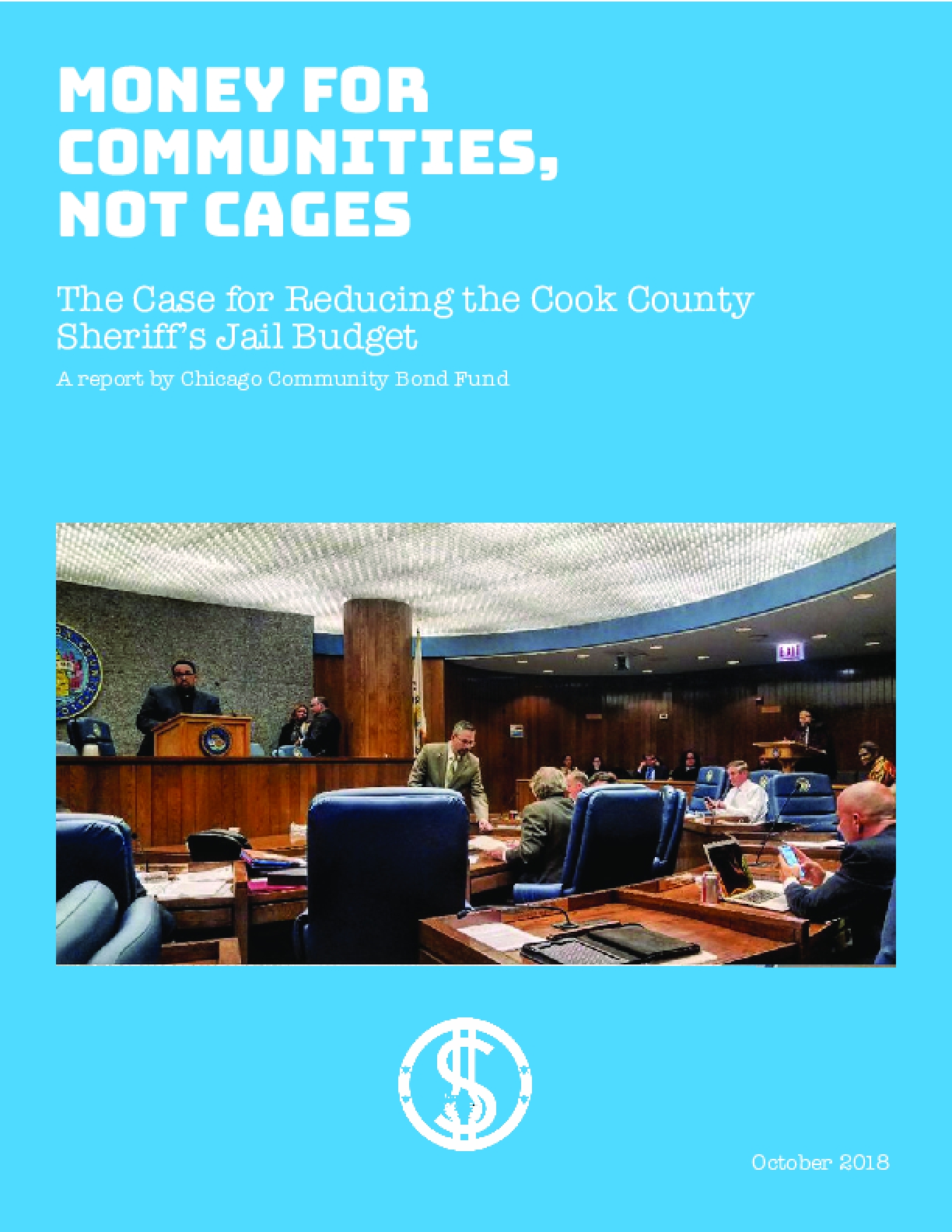