The unequal distribution of wealth and power in rural Bangladesh makes it difficult for the poorer members of society including women to access natural resources such as fisheries. Over a ten year period, the Community Based Fisheries Management (CBFM) project has successfully established access rights for many poor fishers to water bodies from which they were previously excluded. One of the main challenges faced by the project has been the resolution of disputes between the new user groups and the former users, often the rich, politically powerful 'rural elite'. This brief focuses on the approaches developed by the project to address the power struggle which faces community based organisations (CBOs) when taking control of valuable natural resources. 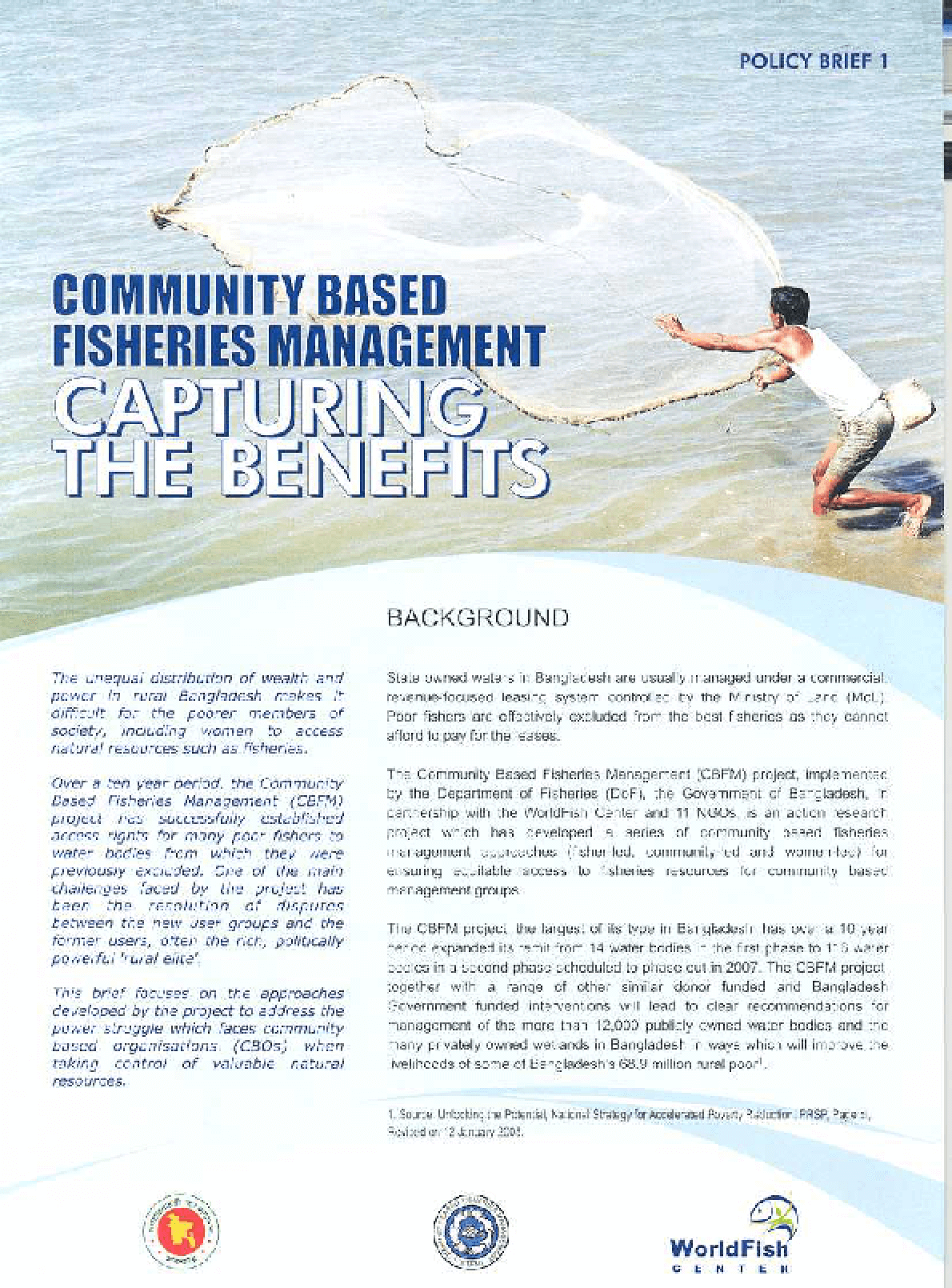