This report sheds light on the diversity of approaches adopted by the various project partners, along with lessons learned during the Community Based Fisheries Management Project (CBFM-2). CBFM 2 was the second phase of an action research project designed to establish whether the sustainable management of publicly owned and private water bodies can be carried out by community groups consisting largely of poor fishers. The first phase implemented by the Department of Fisheries, with the assistance of the WorldFish Center and supported by the Ford Foundation, demonstrated that the approach was possible in a limited number of water bodies. The second phase, with assistance from the DFID-UK, involved a much greater range of water bodies (target 120, final number 116) with a range of partners -- the Department of Fisheries (DoF), the implementing NGOs, Banchte Shekha, BRAC, CARITAS, CNRS, CRED, GHARONI, Proshika, SDC, SHISUK, and the specialist NGOs, BELA for legal assistance and FemCom for media communications. A wide range of institutional arrangements have been established under the project. Many of the project documents state that there are three main fisheries management approaches; fisher-led, community-led and women-led. The definitions of the three approaches were: 1. Fisher-led Approach -- Forming groups among the fishers for using each water body and then a committee or organisation representing these groups and taking management decisions in a participatory manner; 2. Community-led Approach -- Participatory approach at the community level. Fishery managed by the community where participatory planning with different stakeholders is followed by forming a water body management committee according to the suggestions of all stakeholder categories; 3. Women-led Approach -- Ensure participatory planning involving the whole community covering all stakeholders, with groups usually formed with women (in some cases, mixed groups with men and women), and the women's group members take a lead in resource management. However these definitions fail to capture the full diversity of approaches adopted by project partners during implementation. By the end of the project, 10 different organisations had been involved in setting up community groups to manage CBFM-2 sites. 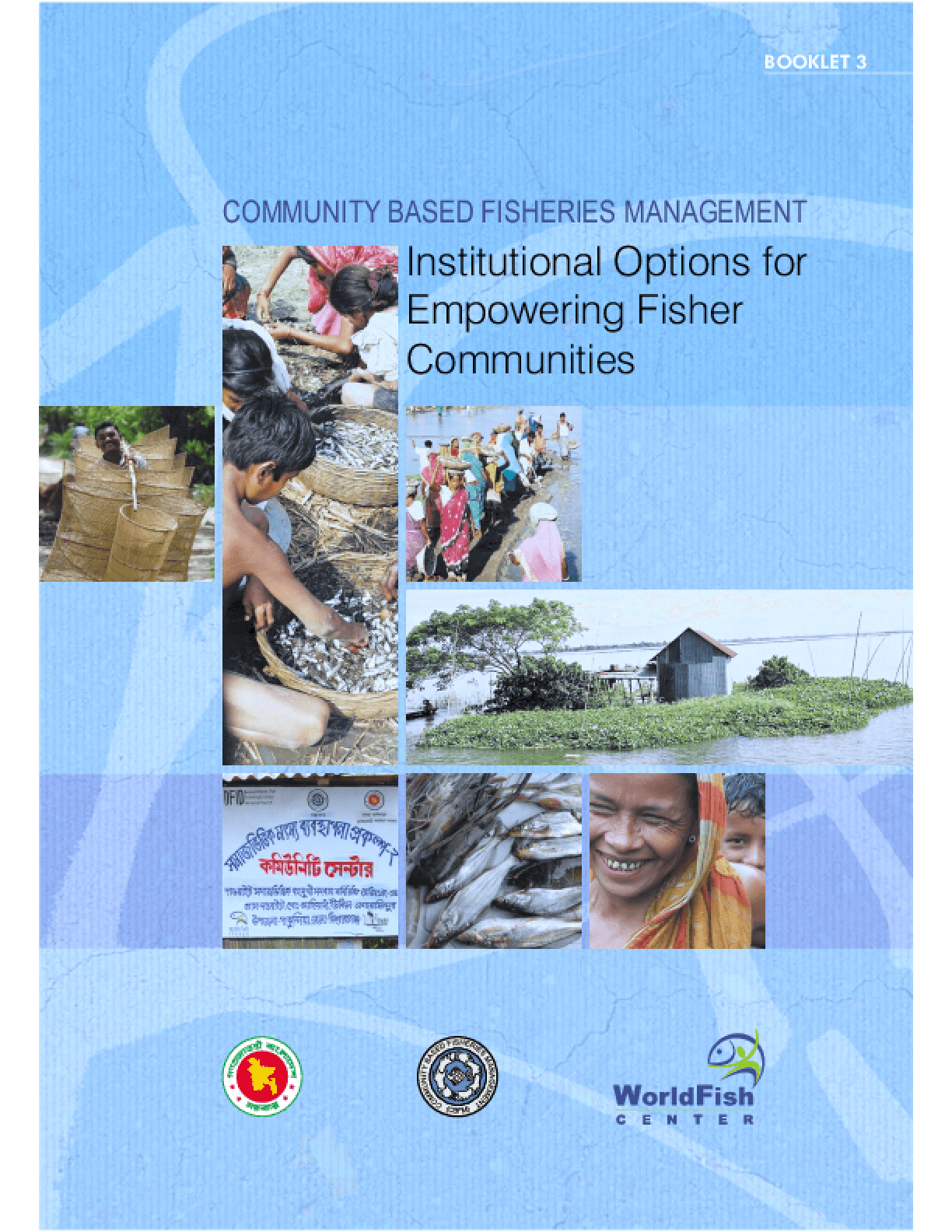