The causes and drivers of youth violence are complex—related to many variables including poverty, racism, and lack of education, training, and opportunity.

In partnership with Wested's Justice and Prevention Research Center, AIR examined the Safe and Successful Youth Initiative (SSYI), an intervention targeting urban firearms violence in 12 cities in Massachusetts. The study looked at community-level changes in violent crime over an eight-year period (2007-2014) in the intervention communities as compared with non-intervention communities.

Surveys and focus groups with community members, local youth, business owners, and SSYI program participants across the state provide a unique view into the complexities of these relationships and the central role that race, and changing population demographics have intersected with the way the justice system interacts with young men of color at the greatest risk for gun violence and living in economically vulnerable communities. This report presents the findings and methodology from the study.

The report also discusses the challenges of applying traditional social science research methods to the study of urban gun violence and offers insights for improving the way evidence is generated in this field of study. 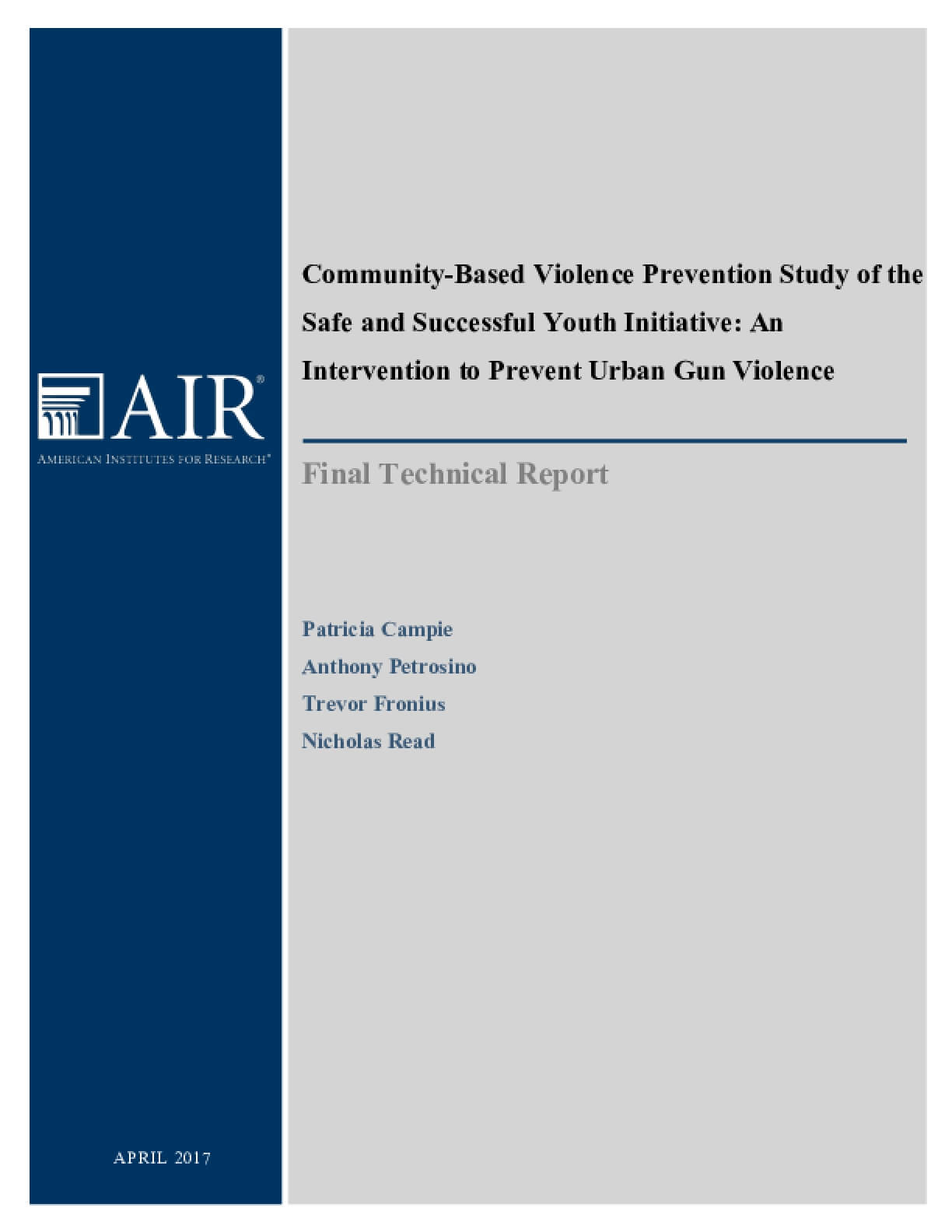