Under the Haiti Outreach (HO) model, HO asks communities for proposals to drill or refurbish a well. Then, they will only do so if the community agrees to form a maintenance committee; deposit a set amount per month for operation and maintence (committees decide who forms the community and how to set user fees); hire a guard (to enforce hours of operation, set by committees); and disseminate information through public meetings. These researchers found a unique opportunity to test the effectiveness of this community-based model as compared to standard well maintenance: following the earthquake in 2010, HO was asked to repair 158 wells and then turn them over to other groups. These wells did not receive the community-based management training, and thus serve as a comparison group. Although there are some weakness to this methodology, the author notes that it is difficult to imagine better data becoming available for evaluating alternative well maintenance approaches in rural Haiti. This paper also presents a model to quantify the tradeoff between equity and sustainabilty that characterizes the choice of whether or not to charge user fees. 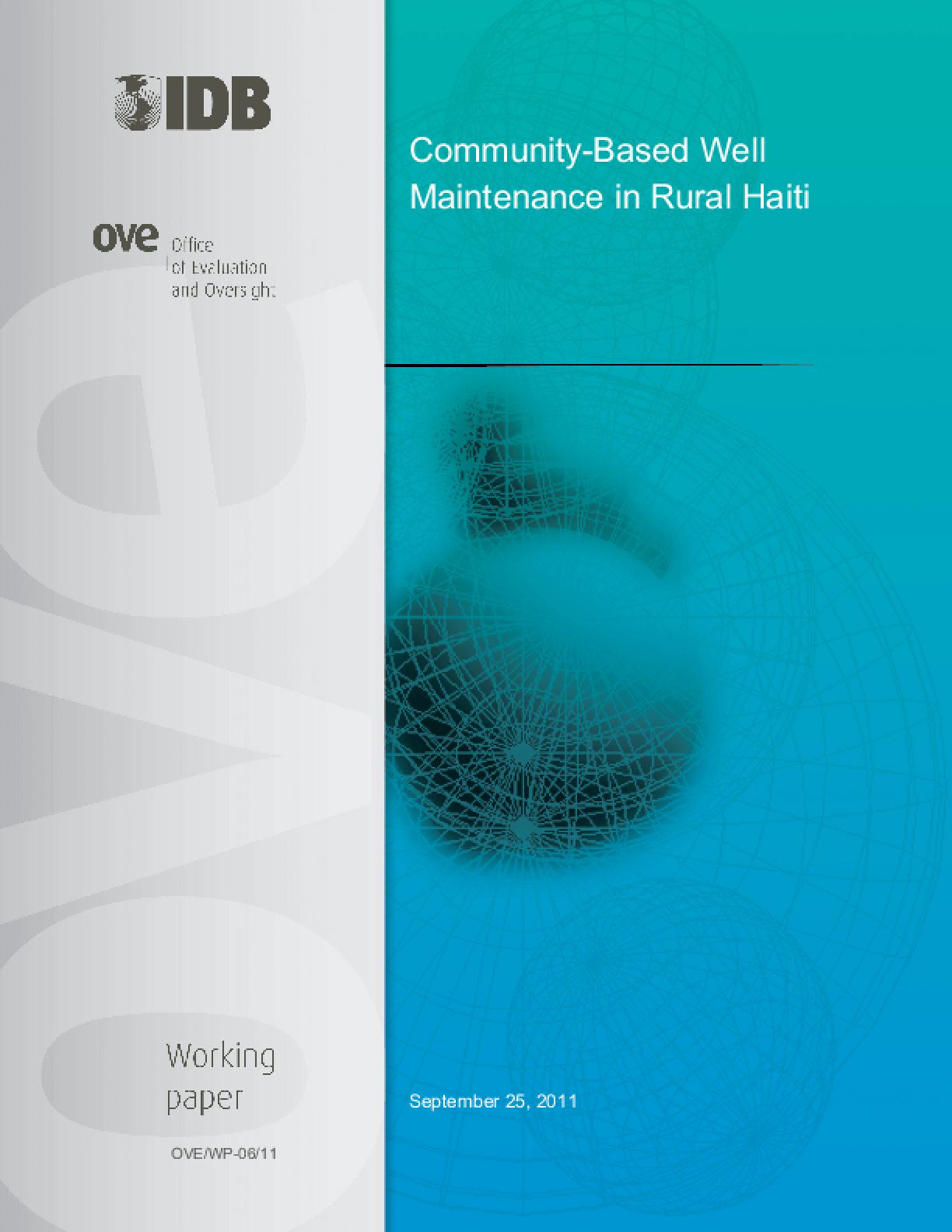