The first community court opened in Midtown Manhattan in 1993. Focusing on quality-of-life offenses, such as drug possession, shoplifting, vandalism,and prostitution, the Midtown Community Court sought to combine punishment and help, sentencing low-level offenders to perform visible community restitution, receive on site social services, including drug treatment, counseling, and job training. There are currently more than 60 community court projects in operation worldwide. In the United States alone there are 33 while there are 17 in South Africa, 13 in England and Wales, and one each in Australia and Canada. Community courts seek to achieve a variety of goals, such as reduced crime, increased engagement between citizens and the courts, improved perceptions of neighborhood safety, greater accountability for low level,"quality-of-life" offenders, speedier and more meaningful case resolutions, and cost savings. In advancing these goals, community courts generally make greater use of community-based sanctions than traditional courts (Hakuta, Soroushian,and Kralstein, 2008; Katz, 2009; Sviridoff et al., 2000; Weidner and Davis, 2000). Among a sample of 25 community courts surveyed in 2007, 92 percent routinely use community service mandates, and 84 percent routinely use social services mandates (Karafin, 2008). This paper reviews the research literature to date about community courts. Community court studies have employed a number of different research methods, reflecting the variation in community court models. 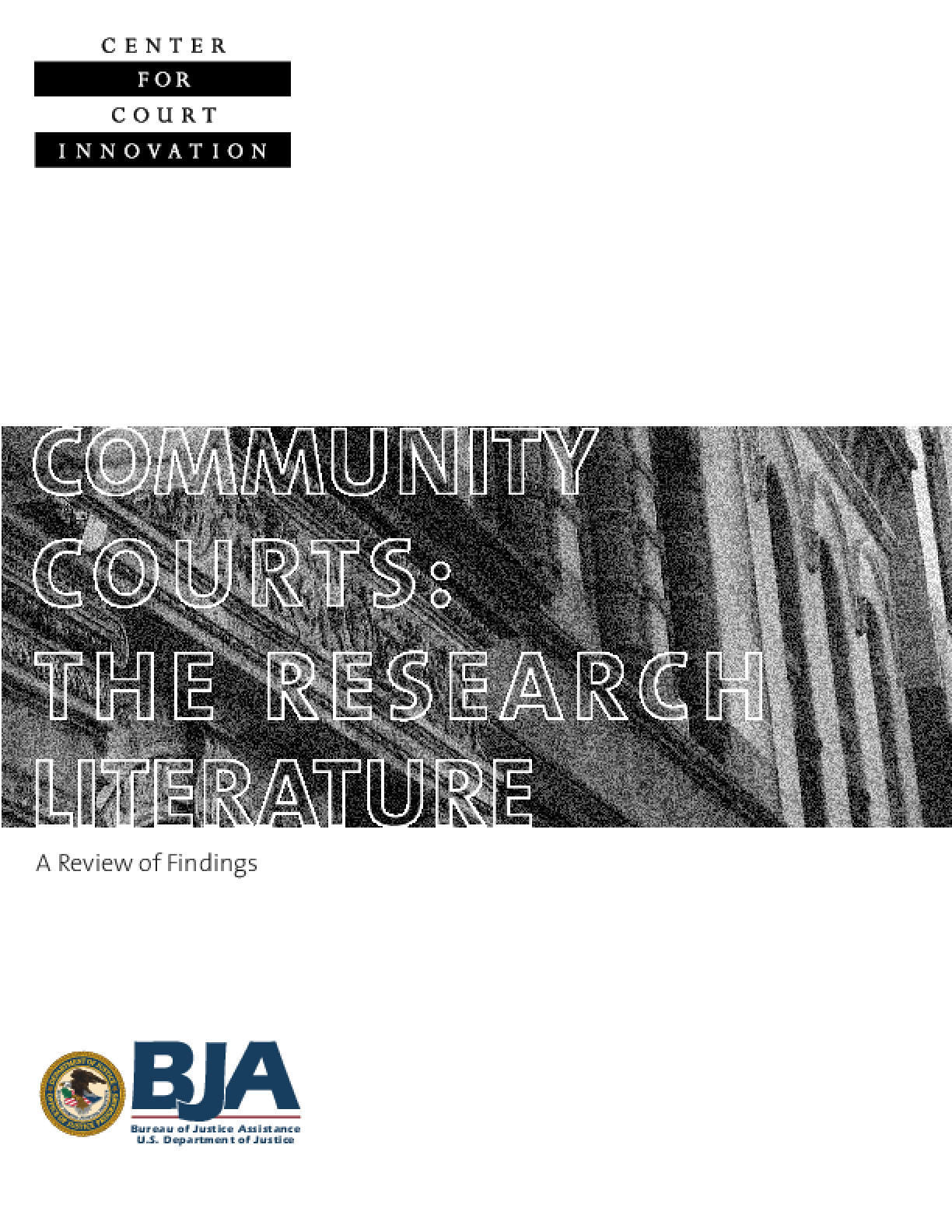