Following the launch of the National Urban Sanitation Policy (NUSP, 2008), a number of initiatives were taken: states formulated their State Sanitation Strategies, and more than 150 cities drafted or are in the process of drafting the City Sanitation Plans (CSPs, by March 2014). The NUSP recommended development of special strategies for slums and poor settlements as an integral part of the CSPs. But the significant presence of slums in Indian cities (estimated between 9 and 14 million, or 12 to 16 percent of India's 79 million urban households), and the specific difficulties that these settlements face in accessing basic sanitation (and other) services, demanded a greater understanding of the conditions, and exploration of strategies used to address these. Section one presents a short introduction to the context of urban India and urban sanitation, followed by a brief review of programmatic responses by GoI to improve slum sanitation services. Thereafter, the guide draws out the critical factors or drivers using examples from successful community slum sanitation initiatives reported from the urban centers selected for this study. A set of generic activity clusters and steps are included at the end the preparatory, planning, implementation, and M&E stages of community sanitation initiatives. 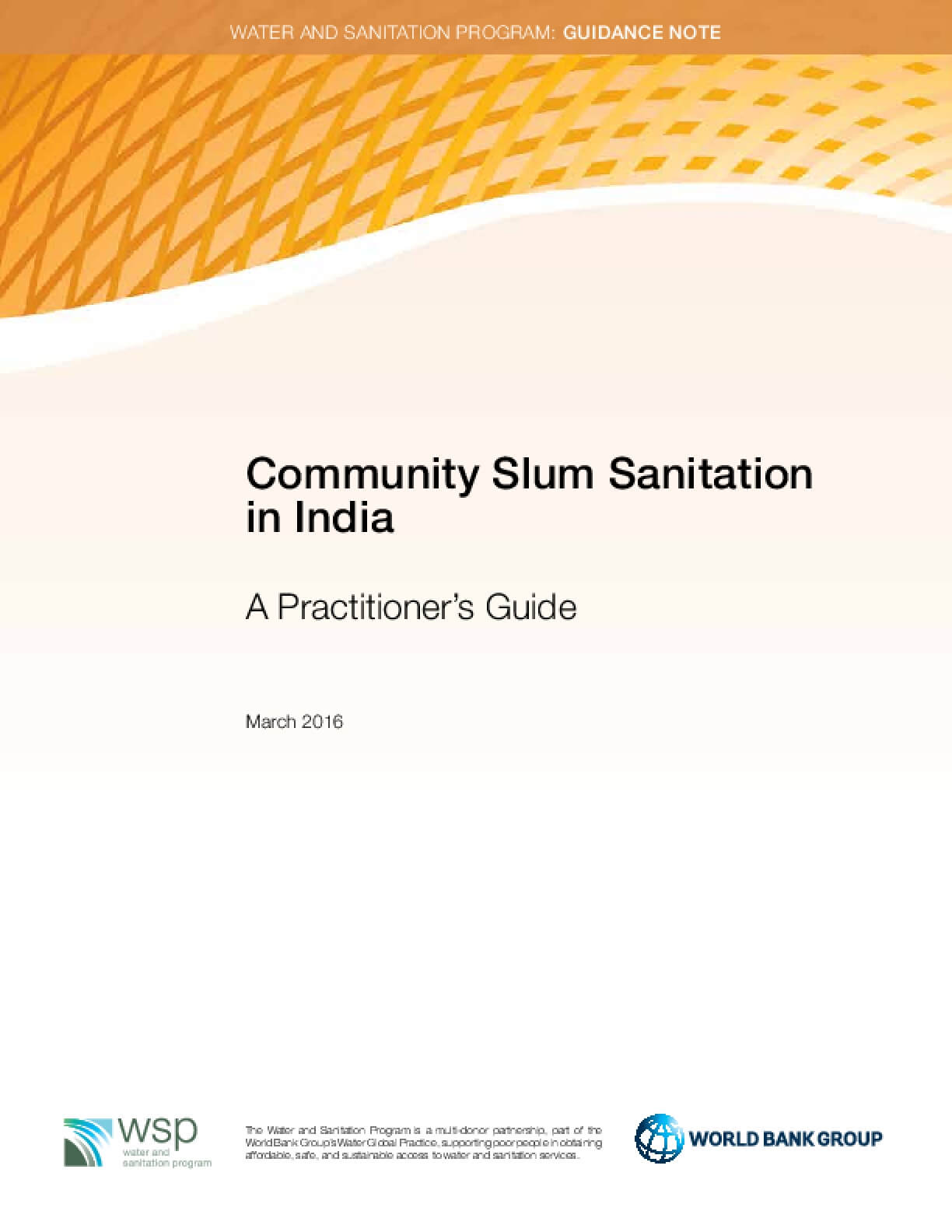