Crime in the United States has significant impacts on the health and well-being of individuals. Adults and children, who live in unsafe neighborhoods, whether this sense is perceived or actual, are less likely to engage in social activities in their neighborhoods thus increasing their levels of isolation; they are also less likely to participate in physical activities such as walking in their neighborhoods or enjoying their parks. Thus it is not surprising to find that communities with high crime rates also suffer from disproportionate higher rates of premature mortality due to chronic conditions such as obesity, high blood pressure and diabetes among others. Promoting public safety is an important factor in securing the well-being of communities. To understand the extent to which individuals and their families feel safe in their neighborhoods, the San Francisco Safety Network, a citywide partnership that utilizes district-based Community Organizers to build the capacity of neighborhoods to reduce crime and increase public safety, organized, and implemented a comprehensive survey of community perceptions of safety in San Francisco. The survey was implemented in April 2006 by organizers throughout the different neighborhoods. Additionally, an on-line version of the survey was launched to reach out to the diverse community sectors throughout San Francisco. A total of 2,379 surveys were completed by individuals throughout San Francisco over a one month period (March-April 2006). 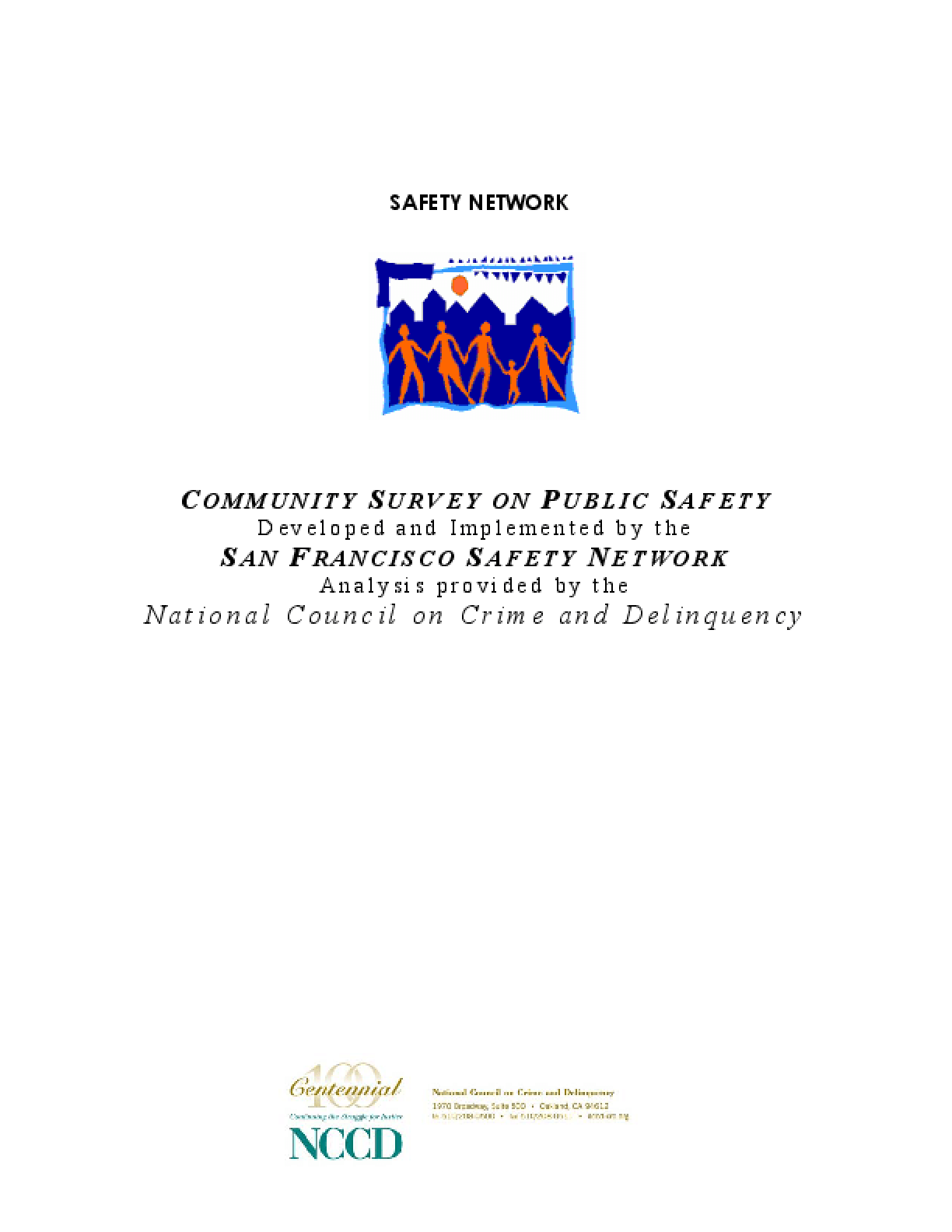