Employment was the most important issue facing Omaha-area women in the next year, according to a survey of nonprofit agency professionals conducted by the Women's Fund of Omaha in 2012. Poverty rated second in importance, followed by financial literacy and domestic violence. Pregnancy, self-esteem, sexual literacy and poverty were identified as the top issues facing Omaha girls in the next year. When asked about the most important issues over the next three to five years, survey respondents identified employment, affordable housing and poverty for women and poverty, sexual literacy and pregnancy for girls. Every two years, the Women's Fund surveys nonprofit agencies on what they believe are the most critical issues affecting their clients. The survey also asks participants to rank what they believe will be the top three issues for the next three to five years. The latest survey was conducted in November 2012. 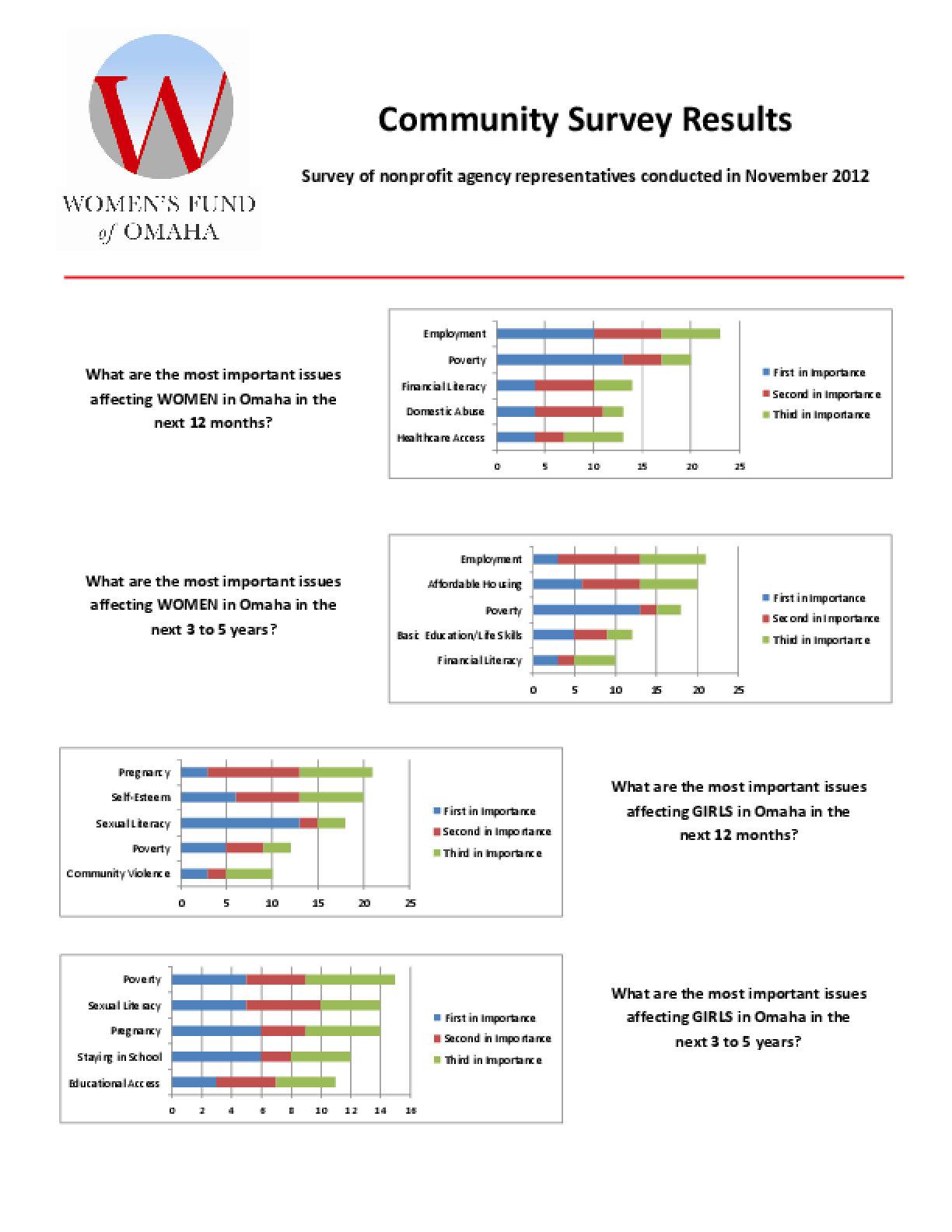