Community Use of the Sacred Heart School

In October 2005, the Edmonton Social Planning Council (ESPC) released a report entitled The Sacred Heart Collective: An Effective Use of a Closed School? which evaluated the unique initiative implemented by the Sacred Heart Collective (the Collective), a group of seven non-profits located in the former Sacred Heart School. In agreement with Edmonton Catholic Schools, the Collective sought to provide free access to meeting and recreational space located in the school to other non-profits and local community groups. The following is a follow-up to the October 2005 report, and details usage of the Sacred Heart facilities for a six month period, from August 2005 to end of January 2006. 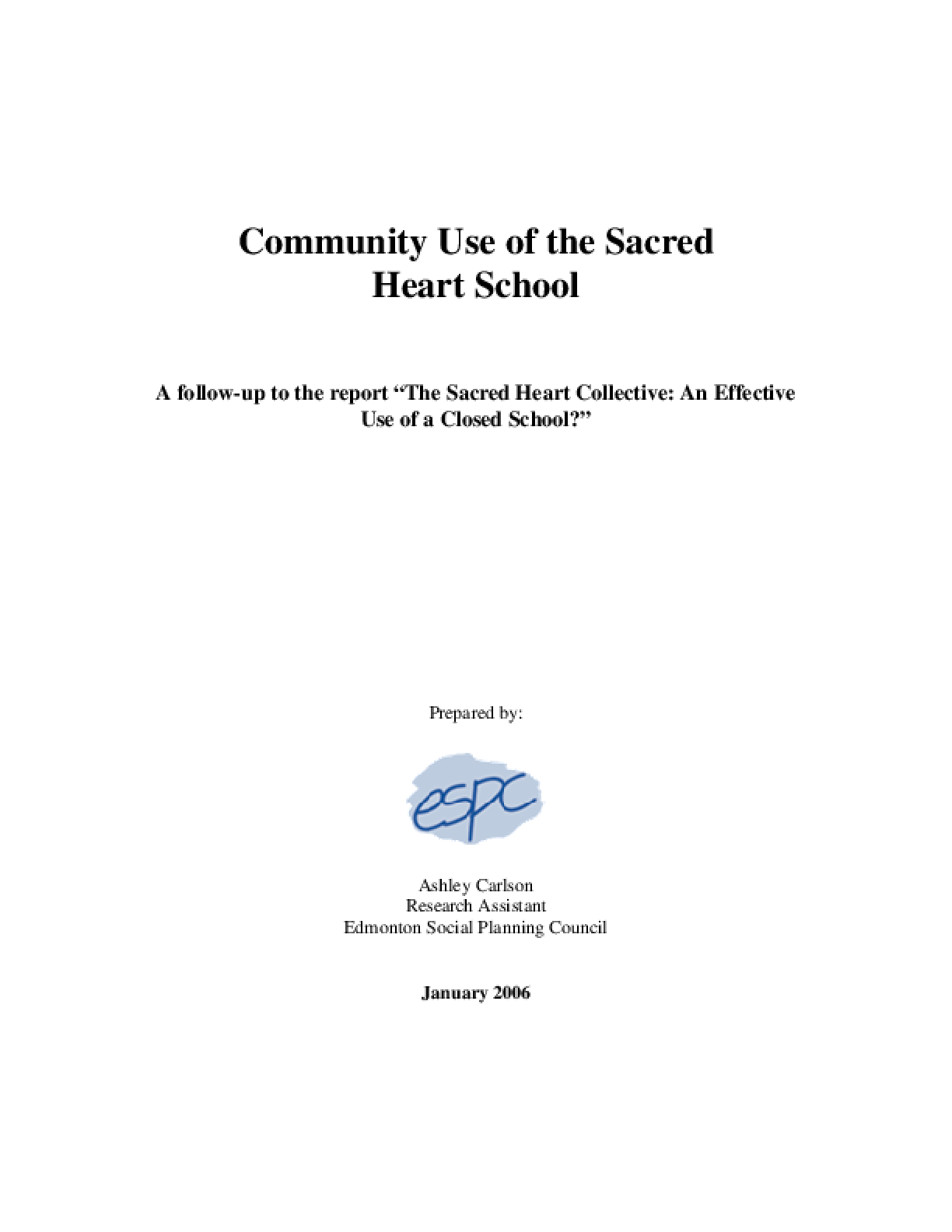