Recent national estimates show that rates of substance use disorder are essentially the same for rural (nonmetropolitan) and urban (metropolitan) teens, with one exception: rural teens are nearly twice as likely to suffer from tobacco dependence than their urban counterparts. It is not known, however, how substance use patterns among teens in rural New Hampshire compare to rural teens nationwide. In an effort to compare teen substance use patterns in New Hampshire's most rural county to patterns among rural youth nationwide, this brief uses data from two surveys administered in 2011. 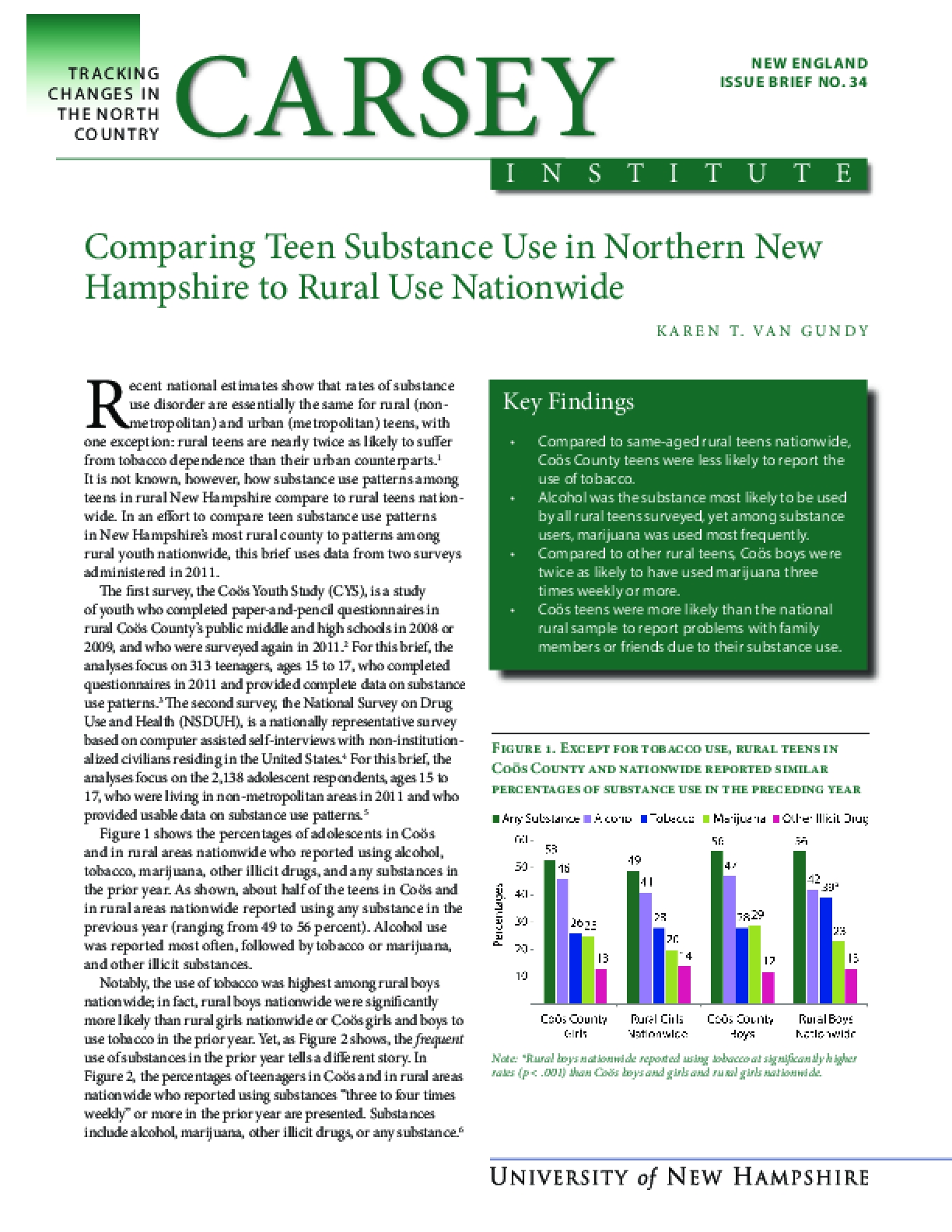