In an effort to gain a better understanding of the community college presidency, the American Association of Community Colleges (AACC) has periodically conducted surveys asking CEOs a range of questions about their tenure, demographic characteristics, and compensation and benefits. The results of three prior surveys were published as AACC research briefs (Larson, 2007; Shults, 2001). Results of research specific to the CEO contract were published by Community College Press (Wallin, 2007). Although the 2012 CEO compensation survey explores similar topics and draws on previous research for comparison, its focus is on compensation. Highlights of the 2012 survey results include: Community college CEOs typically receive a variety of allowances in addition to cash compensation. Most respondents (70%) indicated such allowances included college-provided housing, a housing allowance or both; 66% received a college-provided car, a car allowance or both; 58% received an allowance for professional club dues. Retirement plans were also common, with most (73%) receiving a defined contribution plan such as a 403(b) or 401(k). Women's median base salaries surpassed those of men slightly, although men earned more in total cash compensation. (Women comprise 28% of all community college CEOs.) Black and Hispanic CEOs earned more on average, than white CEOs. The median total cash compensation was $210,000 for Black CEOs, $207,553 for Hispanic CEOs, and $176,300 for white CEOs. (Study authors say further analysis indicates that Black and Hispanic CEOs were more likely to work at larger institutions and in urban areas, where salaries tend to be higher.) 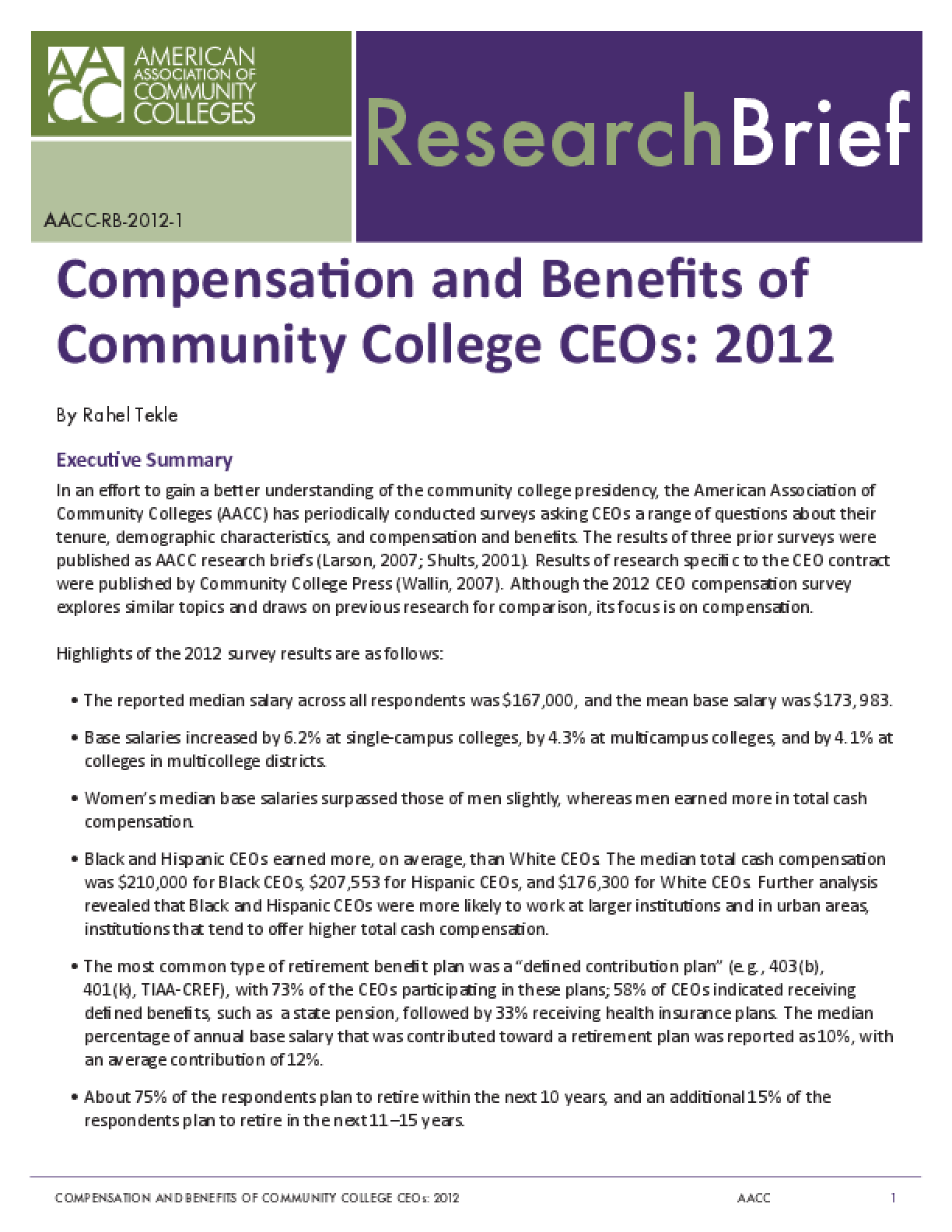