In 2011, the Bill & Melinda Gates Foundation created the Project Mastery grant program to support competency-based education initiatives in large school systems that serve a high proportion of disadvantaged youth. The three recipient organizations—which included two large school districts and one intermediary organization—carried out their pilot programs in a total of 12 public secondary schools distributed across five school districts in four states. The Foundation asked RAND to evaluate these efforts in terms of implementation, students' experiences, and student performance. This report presents final results from that evaluation. It provides an overview of competency-based education and the Project Mastery grant projects and describes the implementation of competency-based educational features under each project. It also reports on student survey data from each of the projects. Finally, it describes the academic performance of students exposed to the sites' competency-based models relative to similar students or schools. The report concludes with six lessons for policy, partnerships, and practice. 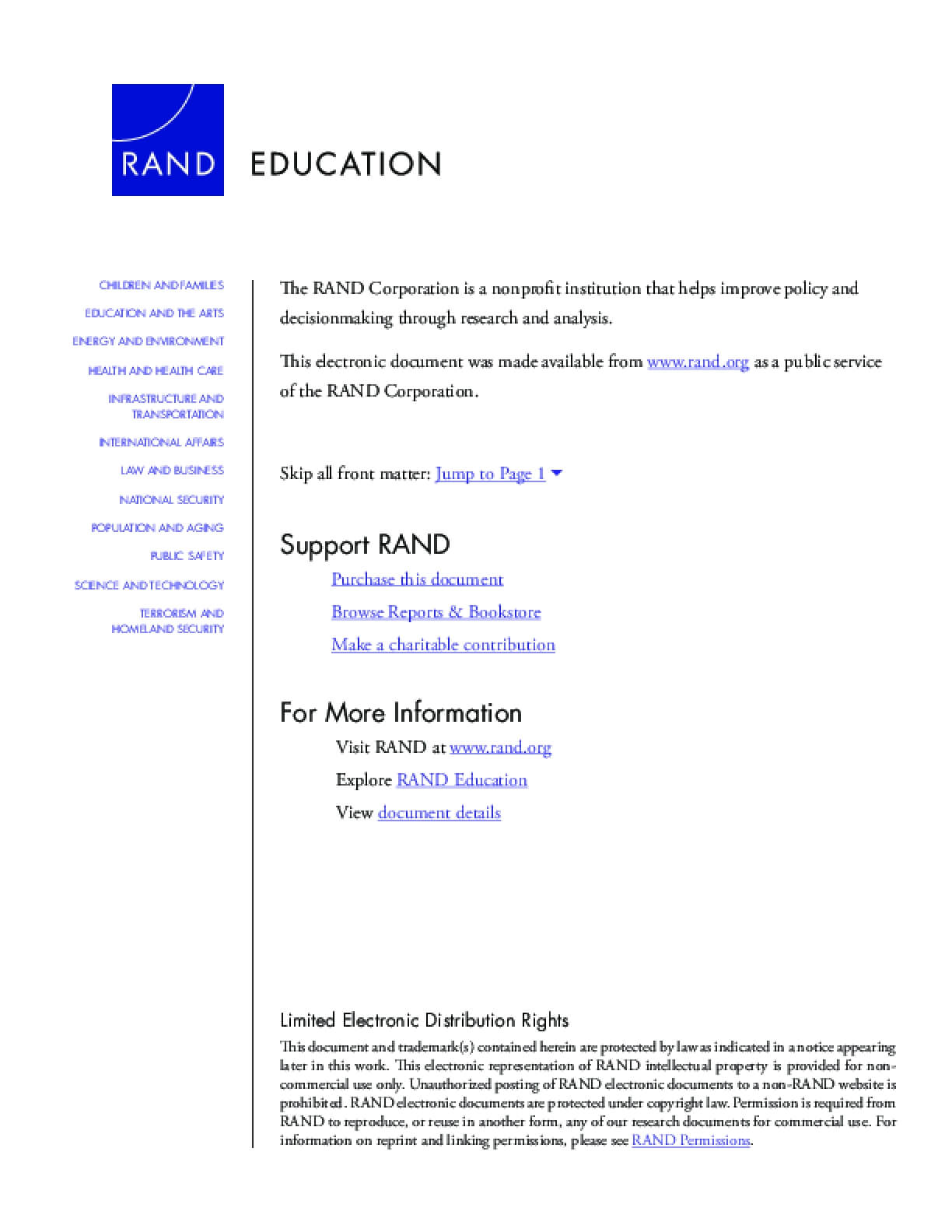