Competing for Global Talent: The Race Begins with Foreign Students

In order to retain its competitive edge in global knowledge production and its leadership in research and education, the United States has to remain open to talented people from around the world. However, the status of the United States as the preferred destination for foreign students and scholars faces serious challenges. As global competition intensifies for professionals and high-tech workers, doctors and nurses, and university students and researchers, will the United States remain in the forefront in attracting the best and the brightest? Recognizing that today's foreign students are potential contributors to the American knowledge-based economy, as well as ambassadors of public diplomacy abroad, it is in the national interest of the United States to maintain its historical openness to foreign students. By developing a concerted strategy to attract and retain skilled and educated students and workers from around the world, the United States can turn its existing strengths into long-term competitive advantages, building upon its international reputation for superb education and cutting-edge research. Among the findings of this report: Beginning in 2002/03 (the first academic year after the terrorist attacks of September 11, 2001) the annual growth rate of total and graduate-level enrollments by foreign students in U.S. colleges and universities fell significantly. The decline in total foreign student enrollment in 2003/04 was the first in 30 years, while the decline in foreign graduate student enrollment in 2004/05 was the first in 9 years. Tightened visa procedures and entry conditions for international students, which were implemented in the aftermath of the September 11th attacks, have dampened the demand for student visas. The number of F-1 student-visa applications submitted each year dropped by nearly 100,000 between Fiscal Year (FY) 2001 and FY 2004, particularly among students from Middle Eastern, North African, and some Southeast Asian countries. Australia, Canada, South Korea, and many European countries have been actively recruiting foreign talent in order to alleviate labor shortages in skill-intensive sectors of their economies, stimulate research and development, and increase their access to foreign markets. To attract students from abroad, these nations use a combination of American-style educational programs, free or subsidized tuition for foreign students, and eased routes for permanent immigration for foreign students after graduation. While foreign students' share of the total student population barely changed in the United States between 1998 and 2003, it increased by nearly half in Australia, more than tripled in New Zealand, and almost doubled in Sweden. China and India, which together account for 25 percent of all foreign students and about 28 percent of all international scholars in the United States, are committing significant resources to boosting their own innovative and educational capacities in order to aid their economic development and better meet the educational needs of their rapidly growing populations. 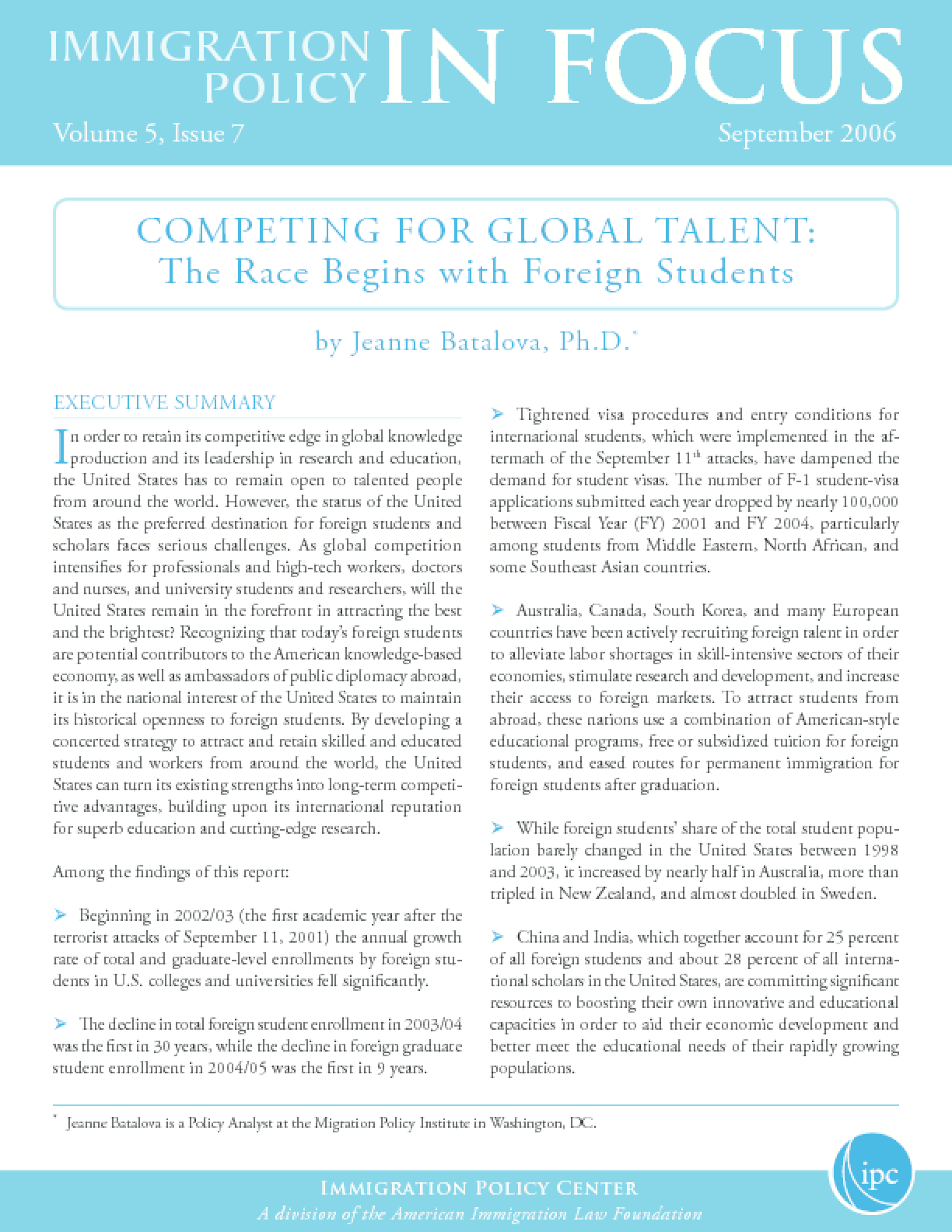