College completion, earning a degree or certificate, is considered to be a key college success outcome, supported by every educational policymaker. Yet, institutions and policymakers in the U.S. know surprisingly little about the rates of completion for students who follow all but the most traditional of postsecondary pathways. This is because traditional graduation rate calculations are institution based and only count students who finish at the same institution where they started. Building on findings from previous reports in the National Student Clearinghouse Research Center's Signature Report series, this new report measures this key college success outcome -- rates of first completion -- encompassing postsecondary credentials of all levels and types at any institution in any state, whether it is the first, second, third, or more, attended. Students in the U.S. pursuing a postsecondary education move along pathways that are increasingly complex. In its second Signature Report, Transfer and Mobility: A National View of Pre-Degree Student Movement in Postsecondary Institutions (Hossler et al., 2012), the National Student Clearinghouse Research Center found that one-third of first-time college students attended multiple institutions before earning a degree or certificate. Nontraditional students, like those who postpone college enrollment after high school, attend college part time, and/or have full-time jobs, have become the new majority among U.S. college students. This emphasizes the limitations of continuing to rely on traditional measures of student and institutional success that describe only first-time full-time students who never enroll at any institution other than their starting institution. Such measures fail to capture the full range of outcomes among today's college students. They also fail to recognize institutional and policy efforts to support students pursuing diverse pathways. This report draws on the Clearinghouse database's near-census national coverage of enrollments and awarded degrees to explore the six-year outcomes of a cohort of first-time-in-college degree-seeking students who started in fall 2006 (N=1,878,484). 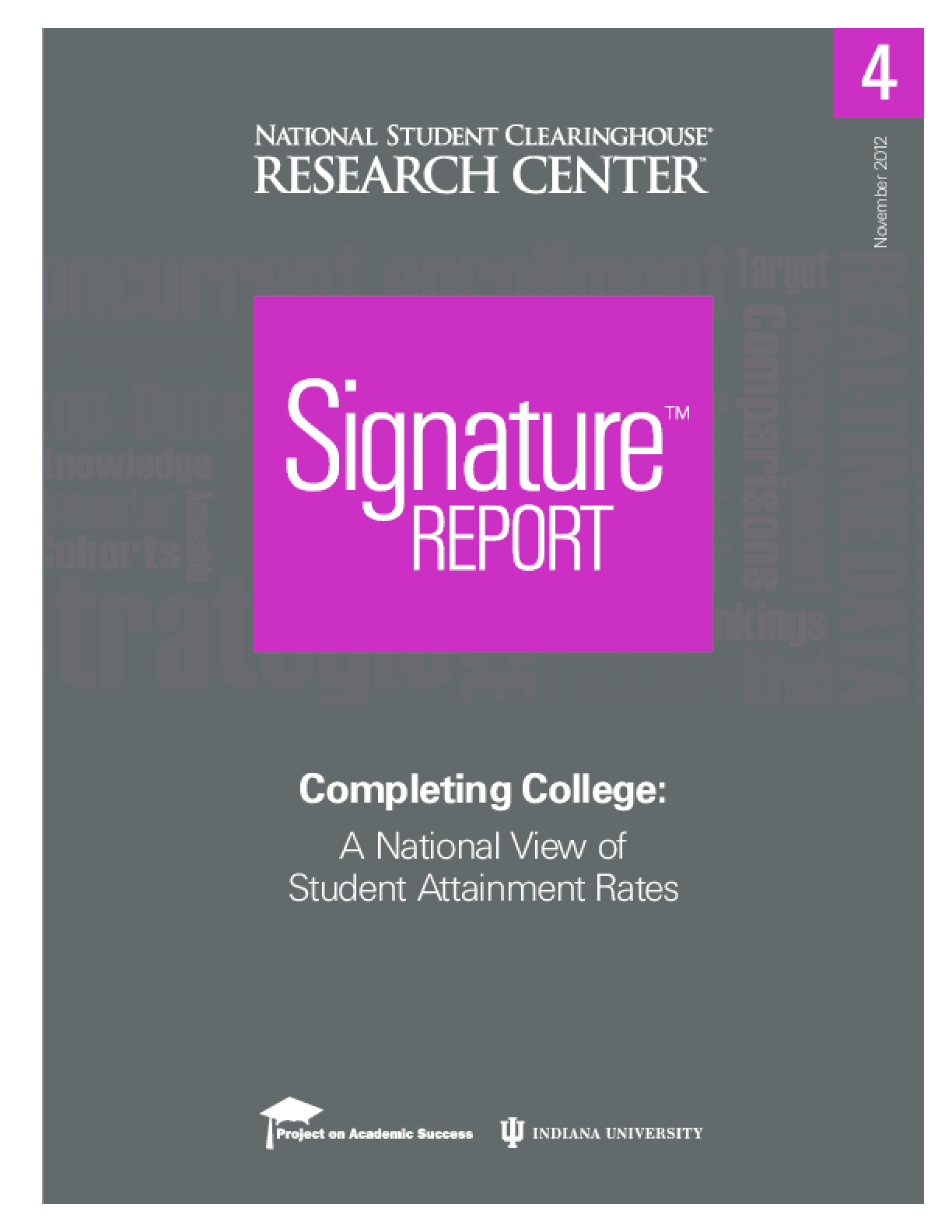