Concentrated Poverty Increased in Both Rural and Urban Areas Since 2000, Reversing Declines in the 1990s

The number of nonmetropolitan counties with high poverty rates increased between the 2000 Decennial Census and 2011–2015 (hereafter 2013) American Community Survey (ACS), and so did the share of the rural population residing in these disadvantaged areas. Over this time period, the percentage of rural counties with poverty rates of 20 percent or more increased from a fifth to nearly one-third, and the share of the rural population living in these places nearly doubled to over 31 percent. Levels of concentrated poverty increased substantially both before and after the Great Recession in rural areas, while increases in urban areas occurred mainly during years affected by the economic downturn (Box 1). Increases in county-level poverty rates were also concentrated in rural areas with small cities, and the share of the population residing in high-poverty counties increased much more among the non-Hispanic white and black populations in rural areas than among the rural Hispanic population. 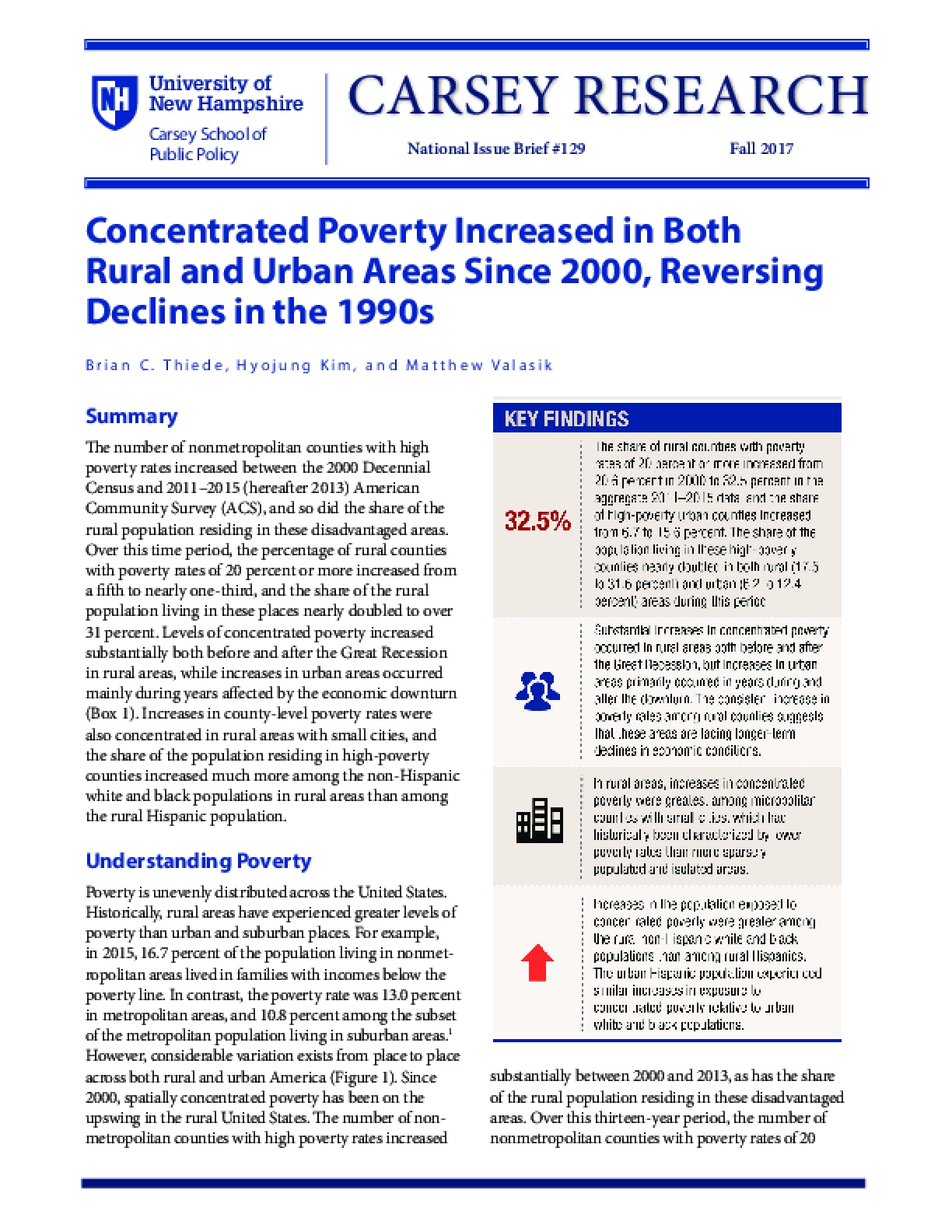