Conditions for Sustainable Use: The Case of the Chaguar (Bromelia hieronymi) in a Wichí Community from the Argentine Chaco

This is Chapter 5 of the larger volume, Lessons Learned: Case Studies in Sustainable Use. The chaguar (Bromelia hieronymi) is a plant traditionally used for food and fiber by the Wichí people -- hunter gatherers of the Argentine semi-arid Chaco region. Disagreement over use, sustainability, scarcity and management of the plant exists between the Wichí and other groups, notably technicians and developers. The majority of Wichí families here live off income derived from the sale of crafts that they produce. Crafts are made from Chaco hardwoods, some are made only using chaguar. To harvest the chaguar, women must travel many kilometers into the forest. Therein lies the belief, among technicians and those involved in development projects, that the chaguar is becoming increasingly scarce. An alternative, they suggest, to traveling to the chaguar, would be to cultivate the crop closer to Wichí settlements. The Wichí do not to agree and do not believe that the chaguar is becoming increasingly scarce and therefore contest any need to cultivate the species. Contrary to what economic theory suggests, unrestricted access neither generates any conflict nor contributes to increased scarcity. Sustainability is put at risk only by 'macro' factors, such as a mistaken land tenure policies and ecosystem degradation. At the same time, harvesting and utilizing chaguar is extremely labor-intensive and increases the cost of the end products. What appears to be adaptive for the conservation of the plant is in fact detrimental to the Wichí. This report analyzes several factors -- supply, demand and sustainability -- all of which reveal a remarkable degree of variability and uncertainty. 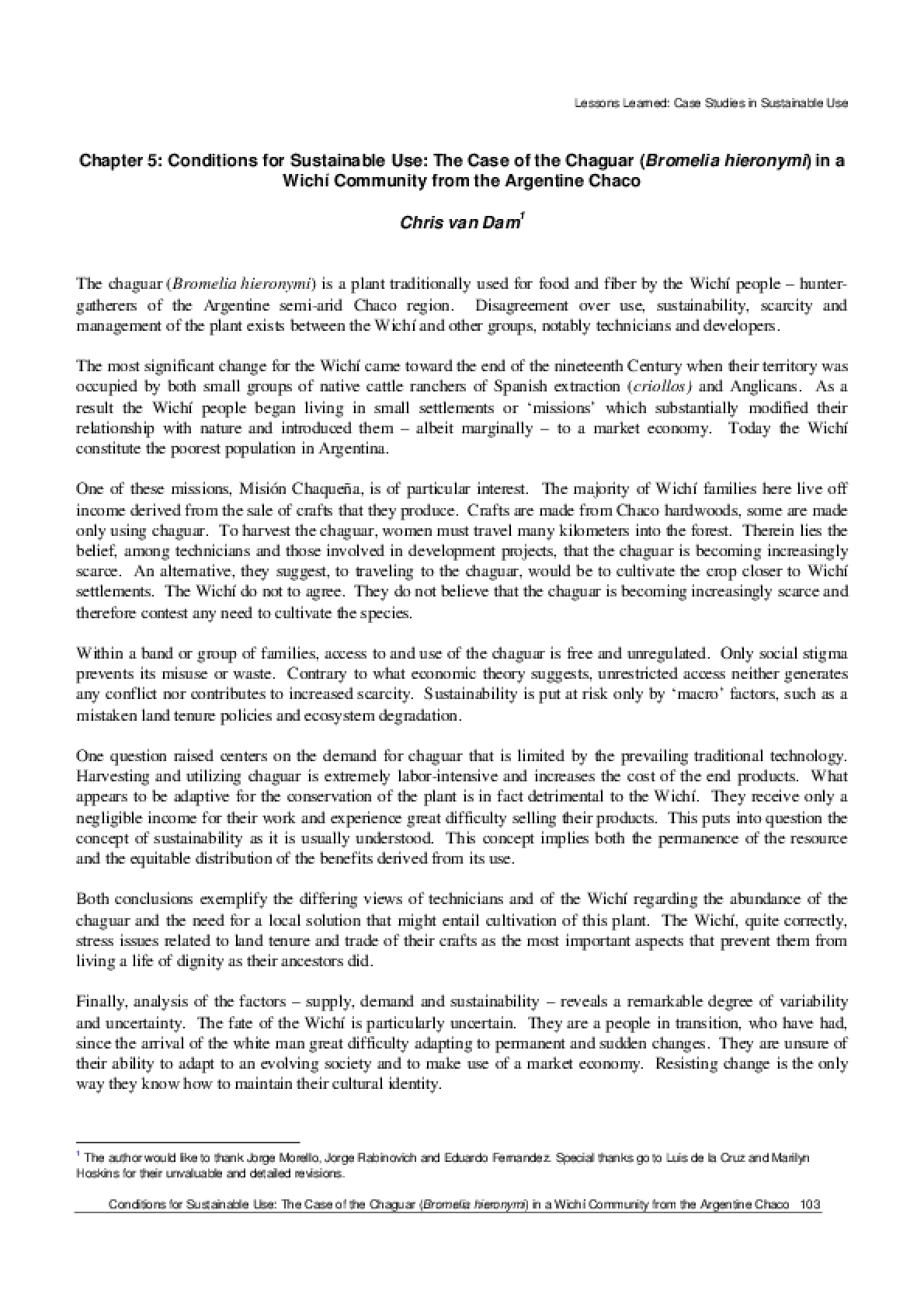