Condom Use and Consistency Among Teen Males

This Child Trends study finds that any type of formal sex education is linked with higher levels of condom use at teen males' first sexual experience. However, one in five teen males (ages 15-19) did not receive formal sex education about either abstinence or contraception before having sex for the first time. The study, published in the October 2008 issue of the Journal of Adolescent Health and summarized in this fact sheet, examines how multiple dimensions of teen males' lives are associated with condom use and consistency. Among the findings: --Having an older partner or a casual partner is linked to less condom use. Nearly one-fourth of teen males had an older recent partner and more than one-third were in a casual relationship with their first sexual partner. --Older teen males and those in longer relationships are less likely to use condoms. This was true even after controlling for whether their partner used a contraceptive method. --Positive attitudes about using condoms are linked to actual use. Teen males who disagree with the ideas that condoms reduce physical pleasure and that it would be embarrassing to discuss condom use with a new partner have higher levels of condom use and consistency. --Seven in ten teen males reported using a condom at their first and at their most recent sexual experience, but fewer reported using condoms consistently. Just one-half of sexually active teen males reported using a condom consistently with their most recent sexual partner. 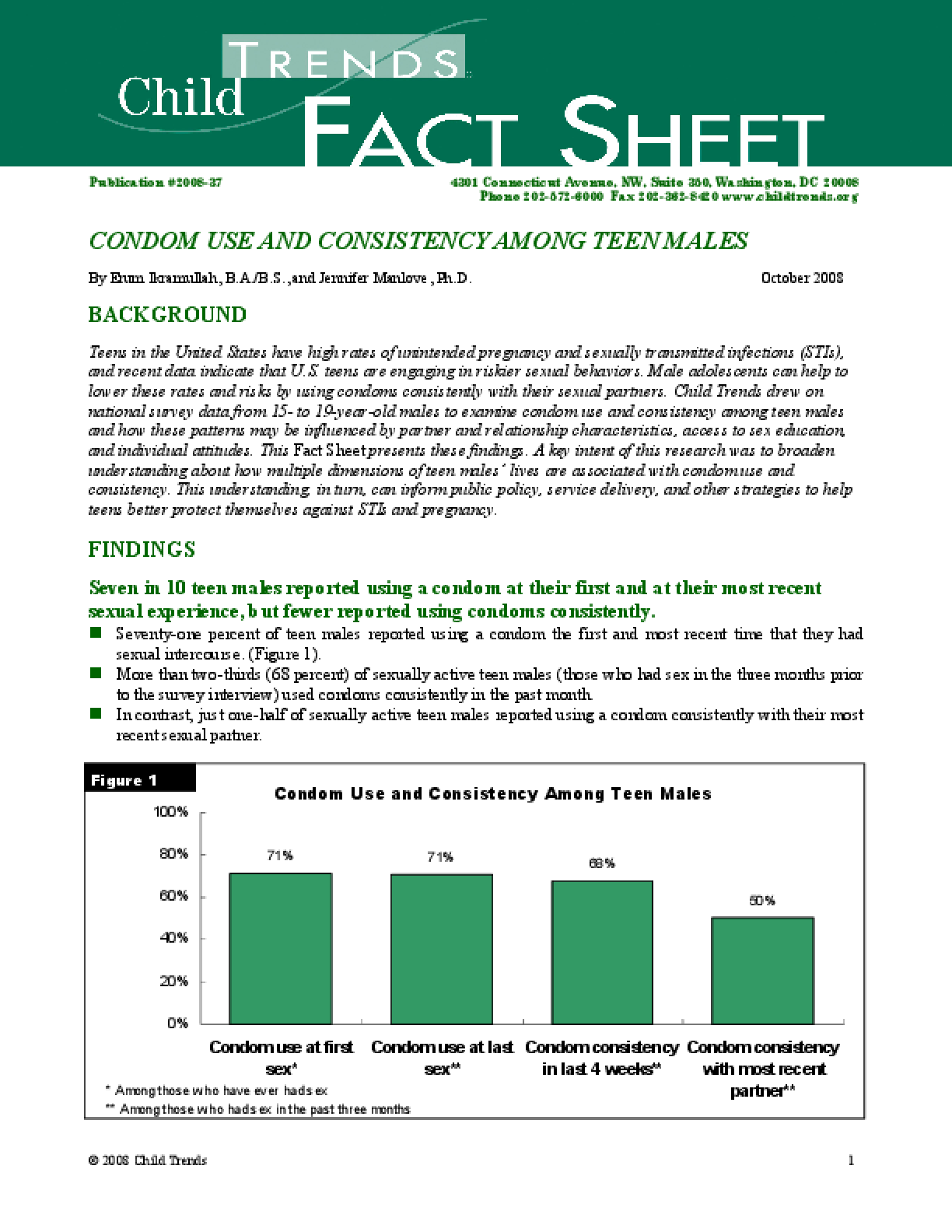