Confronting the Inevitability Myth: How Data-driven Gun Policies Save Lives from Suicide

The evidence is clear: firearm access contributes greatly to suicide rates, with guns accounting for nearly half of all suicide deaths but just 5% of suicide attempts. As dispiriting as this statistic may be, beneath it lies hope—by taking steps to prevent suicidal people from accessing guns, the most lethal means of suicide, we can make a lifesaving difference. The solutions are already there. We just have to implement them. Confronting the Inevitability Myth represents the culmination of a yearlong project by the attorneys at the Law Center to Prevent Gun Violence to study and analyze suicide in America. We took a hard look at the numbers and the harrowing stories behind them, and identified the smart gun laws and intervention programs that are most effective at saving lives from suicide. And when you ensure that a person in mental crisis doesn't get their hands on a gun, you really are saving a life. As you'll learn in the coming pages, most people who attempt suicide with methods other than a firearm survive, and most survivors never attempt suicide again, going on to live long lives and contribute positively to society. In other words, the idea that suicide is inevitable is a myth, and a deadly one at that. We hope that this report will help dispel this myth, spark conversation, and motivate lawmakers and community leaders to adopt the strategies proven to prevent gun suicide.

This report has detailed important steps our leaders should take today to dispel inevitability myth and save more lives. These data-driven best practices are just a start, but they chart a clear path to progress and prevention. The time to act on them is now. 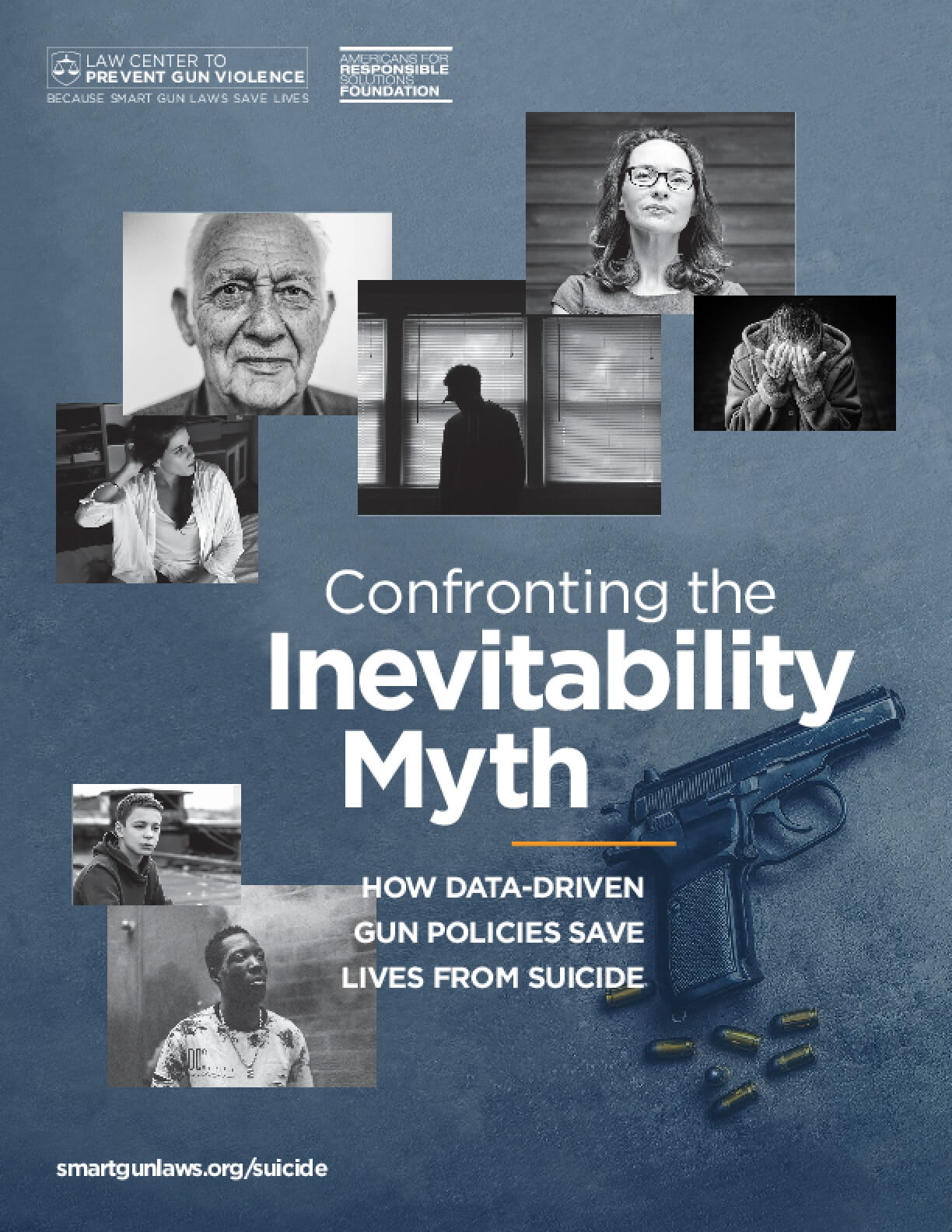