The United States has been plagued with air quality problems for decades. Congress began to formally address these problems in 1970 with the passage of the Clean Air Act. The federal government has used a variety of approaches to address air quality problems and among the many strategies has been the use of alternative fuels. The United States also became acutely aware of the need to reduce foreign oil dependence during the oil crises in the 1970s. In response to these crises, Congress passed a number of legislative initiatives including the Energy Policy and Conservation Act of 1980, the Alternative Motor Fuels Act of 1988, and the Energy Policy Act of 1992. Again, alternative fuels were to play a key role, this time in addressing the need to reduce U.S. dependence on foreign oil. 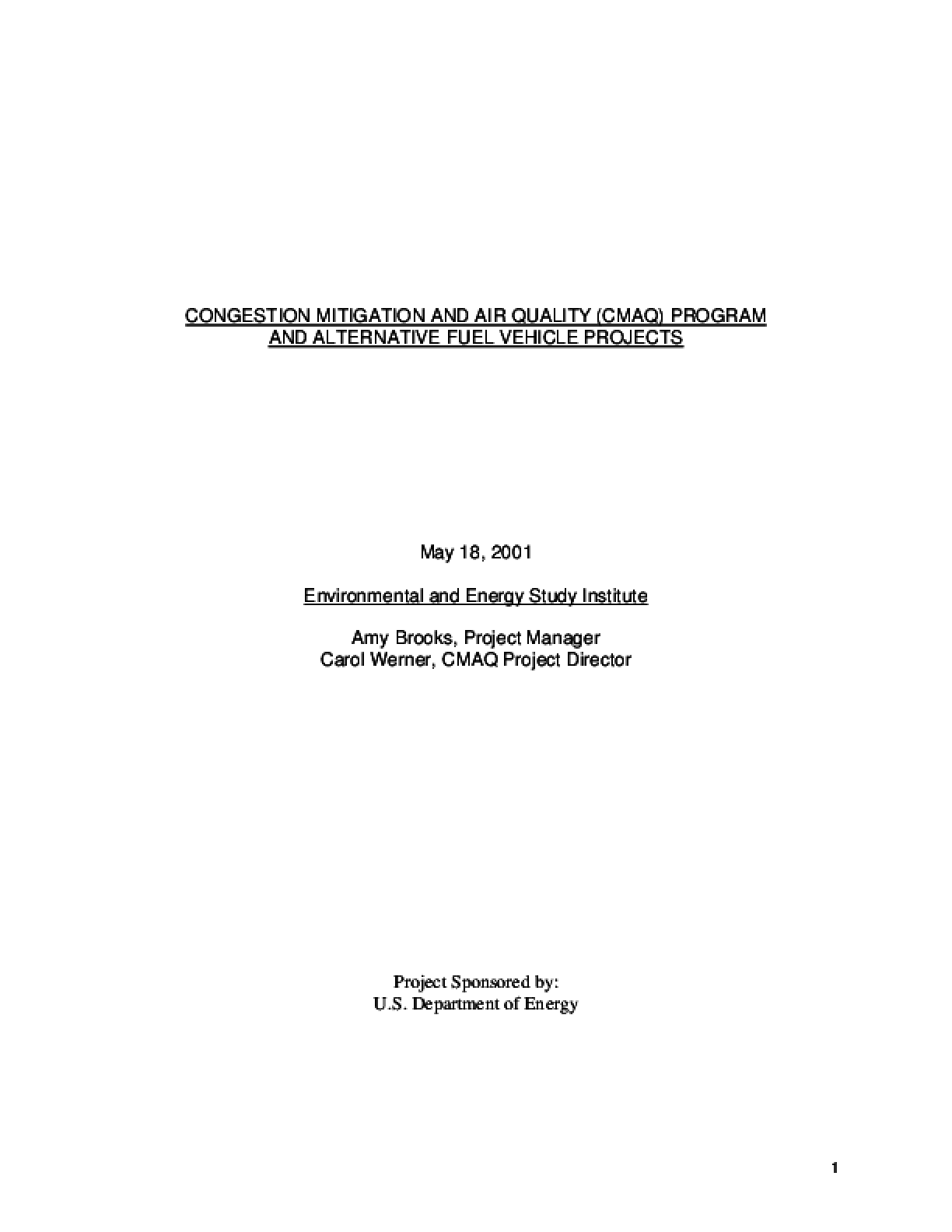