Congressional Revolving Doors: The Journey from Congress to K Street

Forty-three percent of members of Congress who left office since 1998 and were eligible to lobby have become lobbyists, indicating that Congress has increasingly become a way station on the path to the lucrative influence-peddling industry. The report examines in depth the case of one former member who has done particularly well after going through the revolving door. Just days after he left Congress in 1999 amid allegations of an extramarital affair, former U.S. Rep. Bob Livingston (R-La.) opened a lobbying shop. In the first year he pulled in $1.1 million, even though he was restricted from personally lobbying his former colleagues for a year. (Former members often skirt the lobby prohibition rules by supervising other lobbyists for the first year after leaving Congress.) The next year, after the cooling-off period was lifted, his firm's lobbying revenues more than quadrupled to $4.8 million. The report, based on hundreds of lobbyist registration documents as well as industry and news media reports, is available at http://www.LobbyingInfo.org, a Public Citizen Web site ldesigned to track the influence of special interests in Washington. The Web site contains a searchable database of former federal officials and staff who have passed through the revolving door, Public Citizen investigative reports on lobbying battles waged by industry, detailed summaries of influence-peddling laws and recommendations for reforming the system. 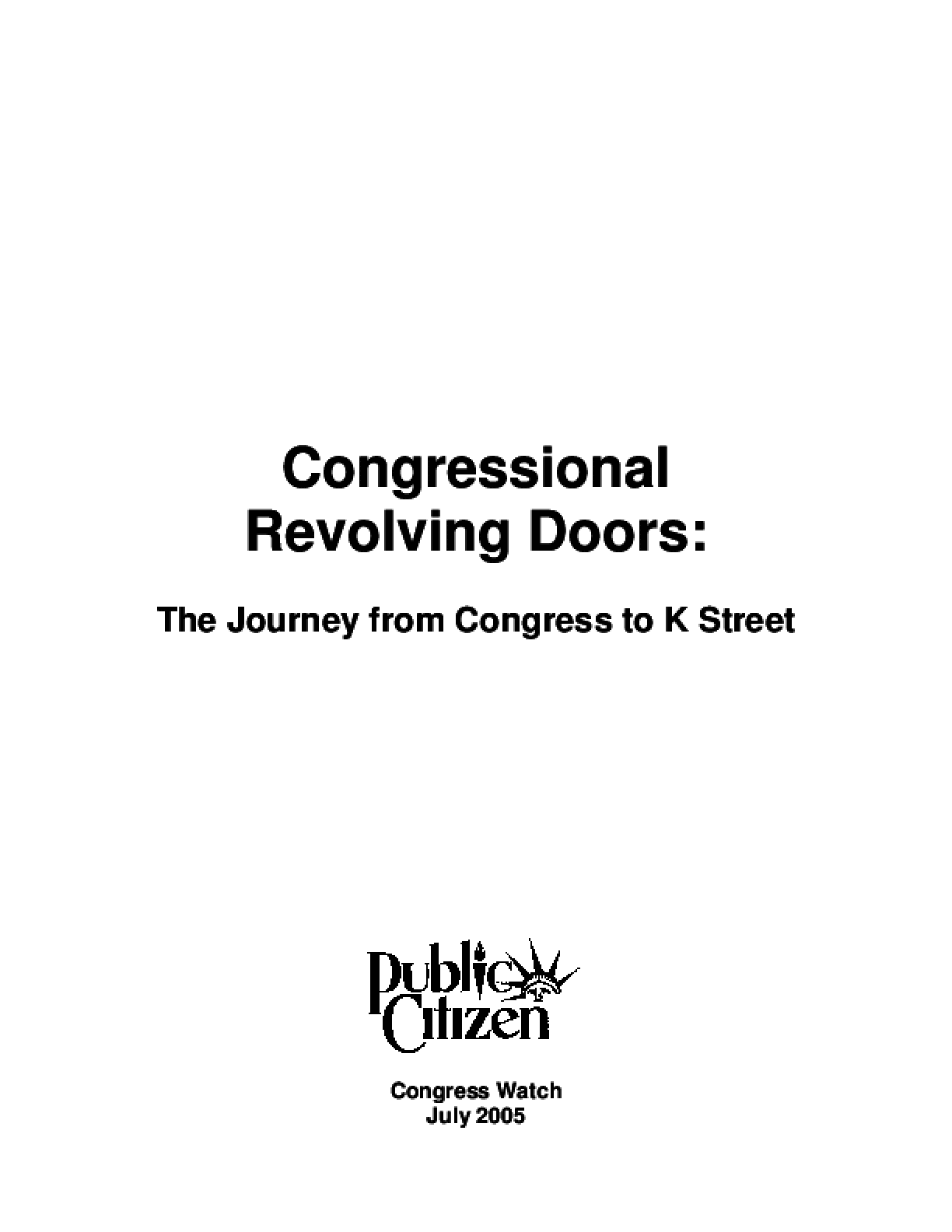