In 2011, with support from a federal Investing in Innovation grant, the NYC Department of Education launched Innovate NYC Schools. The initiative was designed to address two related challenges to effectively integrating education technology (ed-tech) into classrooms: First, procurement of ed-tech tools is often hampered by a disconnect between teaching and learning demands on one hand, and developers' supply of tools and services on the other. Educators are not always informed about the tools and interventions that are available, while developers may not fully understand students' and teachers' needs. Second, because the DOE's traditional procurement process via formal Requests for Proposals is lengthy, it may be prevent some developers from bidding, and technology that was brand new when an RFP was released may be outdated by the time it reaches schools. This report focuses on Innovate NYC's Gap App challenge and pilot program, which invited developers to submit an app aimed at solving a specific learning challenge. A number of the apps were then piloted in NYC public schools. During the pilot period, the apps were used in classrooms, and teachers had opportunities to provide feedback directly to developers, in an effort to help make the apps more useful. The report describes the design of the Gap App challenge and the implementation of the pilot program in schools. It then considers whether using a Gap App influenced the way participating teachers and students approached technology in the classroom and provides a set of lessons that may inform future Innovate NYC Schools projects or similar initiatives in other districts. 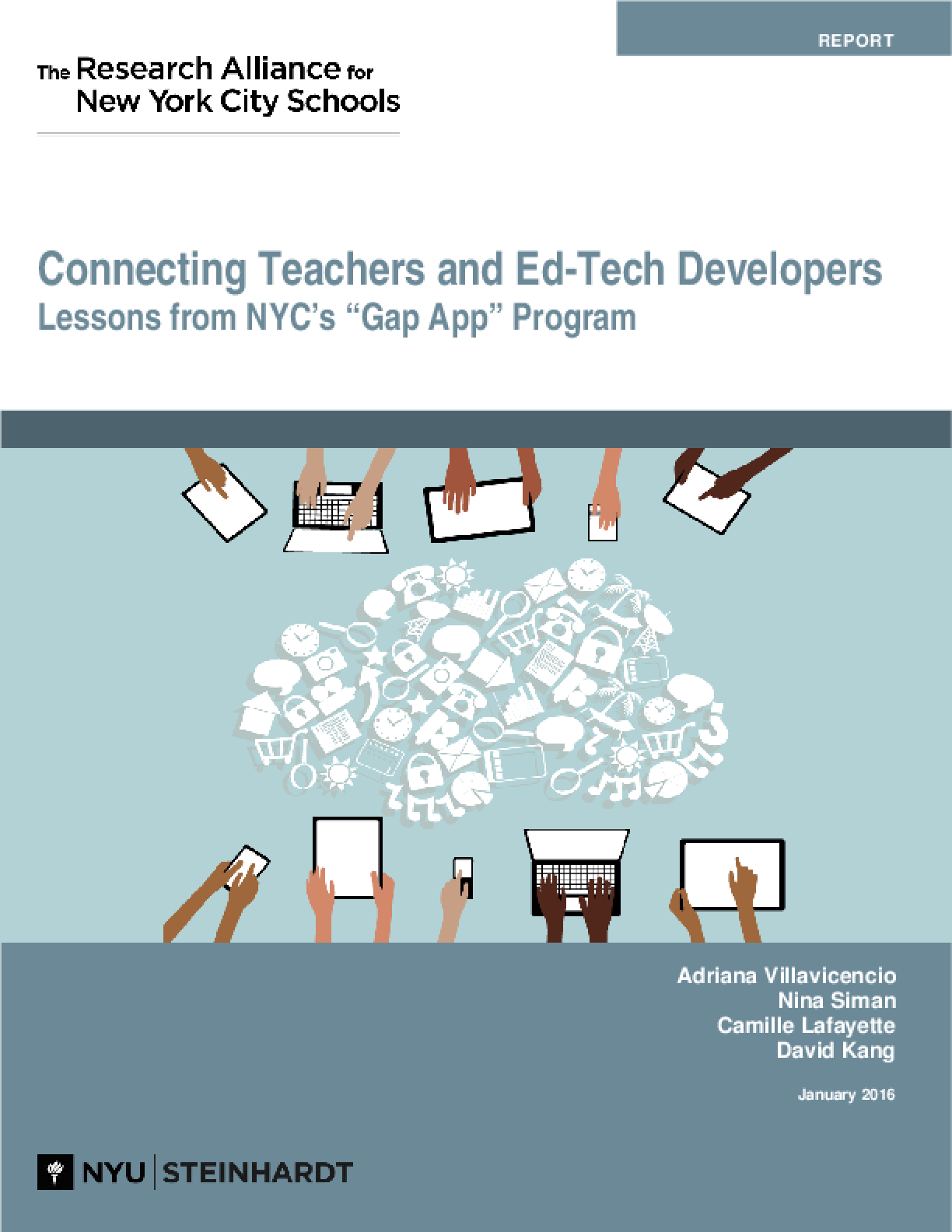