North America and the Central American countries of the Northern Triangle—El Salvador, Guatemala, and Honduras—represent one of the world's most dynamic migration corridors, with millions traveling from, through, or to these countries in recent decades. The United States has the world's largest immigrant population; Canada has one of the highest immigration rates per capita; and Mexico and Central America have significant shares of their nationals abroad, primarily in the United States. However, policies and public perceptions around immigration, especially in the United States, are not keeping up with emerging shifts in the region's migration. 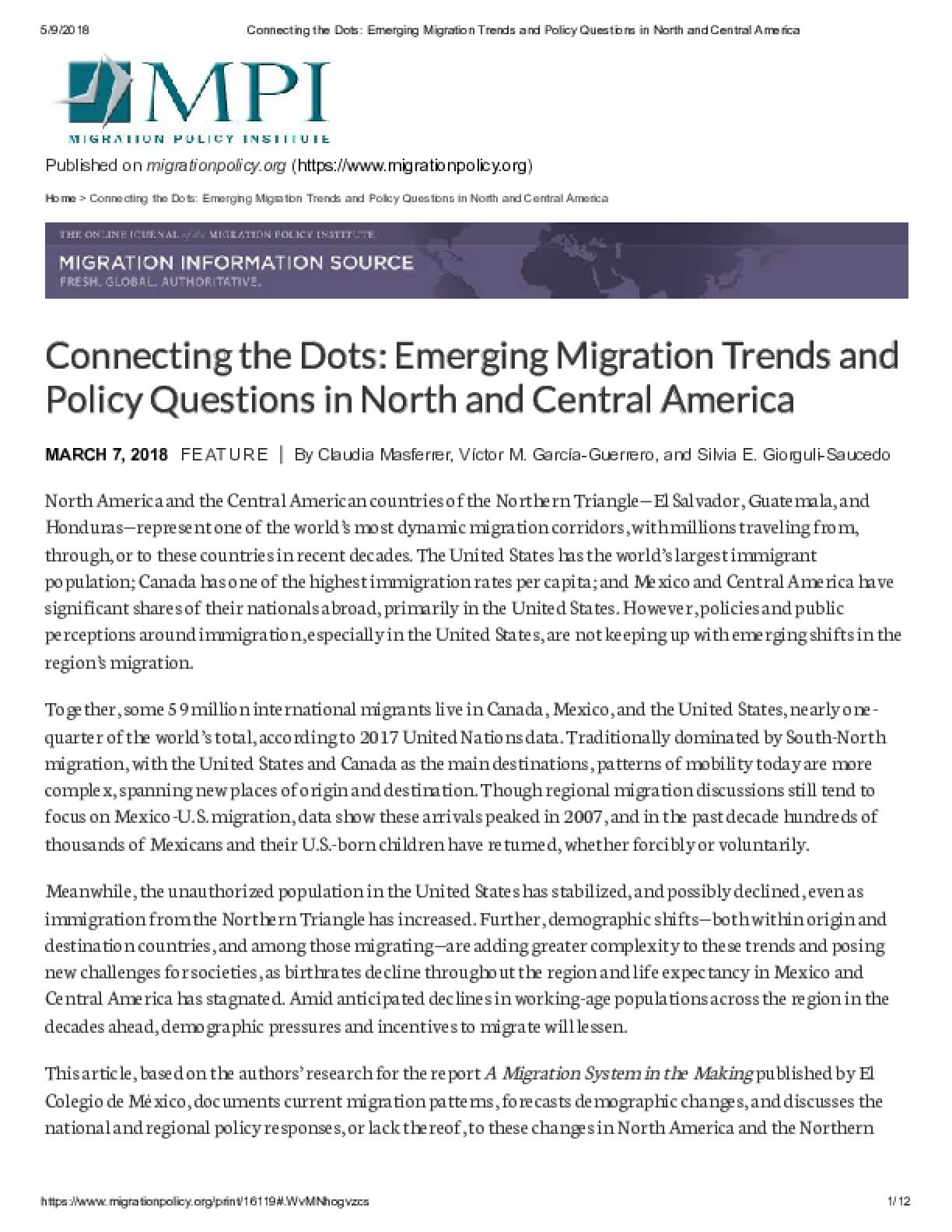