Connecting the Last Mile: The Role of Communications in the Great East Japan Earthquake

This report, set against the backdrop of a highly developed communications infrastructure, highlights the specific role that communications played in both survival and recovery in the hours, days, weeks and months after the Great East Japan Earthquake occurred. It does not focus on the handling of information related to the Fukushima nuclear disaster by the Tokyo Electric Power Company (TEPCO) and the Japanese Government, as this issue – however important – has already received great attention.

Connecting the Last Mile explores, rather, how communities in the most devastated areas of the prefectures of Iwate, Miyagi and Fukushima got their information. It identifies which communications channels were used before, during and after the earthquake and tsunami, and it attempts to answer a central question: what are the lessons learned about communications with disaster-affected populations from the megadisaster, not only for Japan but for the international community of humanitarian responders? 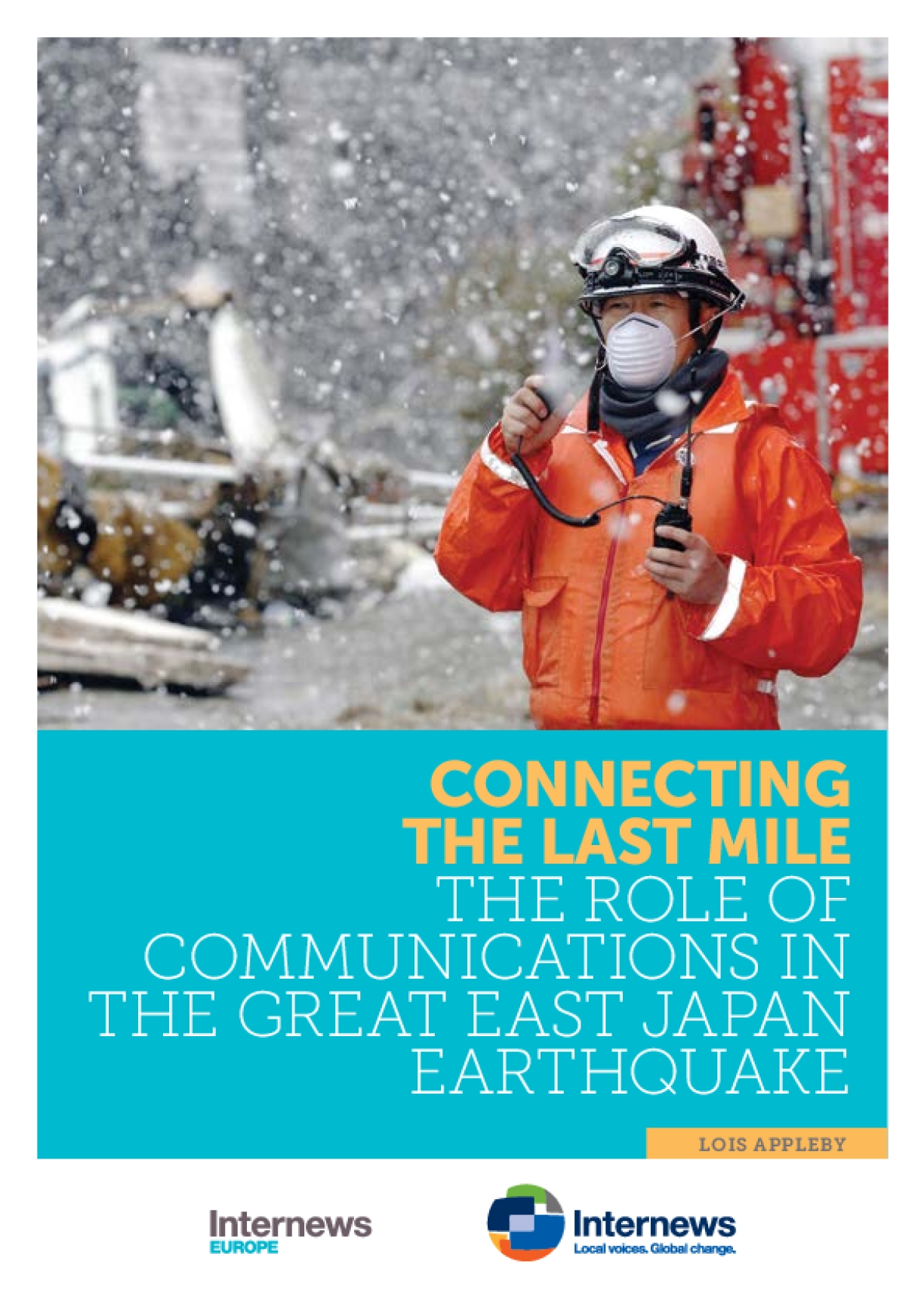