President's Message - Wendy D. Puriefoy reflects on the public aspects of public schools and the necessity for Americans to take civic action to create quality public schools for all young people. Summary of PEN/EducationWeek National Poll Action for All is the first in a series of national surveys on public responsibility for public education in partnership with Education Week. Pollster Celinda Lake presents what Americans see as their primary responsibility for public education, their chief concerns, and what motivates them to act. Q&A: James Howard Kunstler - The author of Home from Nowhere reflects on the decline of public space in America and its effect on the nation's public schools. Conversations - William L. Taylor, a prominent Washington, DC-based attorney and co-chair of the Citizens Commission on Civil Rights, and Ramon C. Cortines, one of the nation's foremost superintendents, discuss the threats to public education as public space. Making it Happen - Marc Tucker, president of the National Center on Education and the Economy, examines the standards movement and the role LEFs can play in helping all students achieve at high standards. Annual Conference - Information on PEN's 2001 Annual Conference, Assessment & Accountability: The Great Equity Debate, November 11 -- 13, in Washington, DC. About the Network - Current lists of Network members and funders. 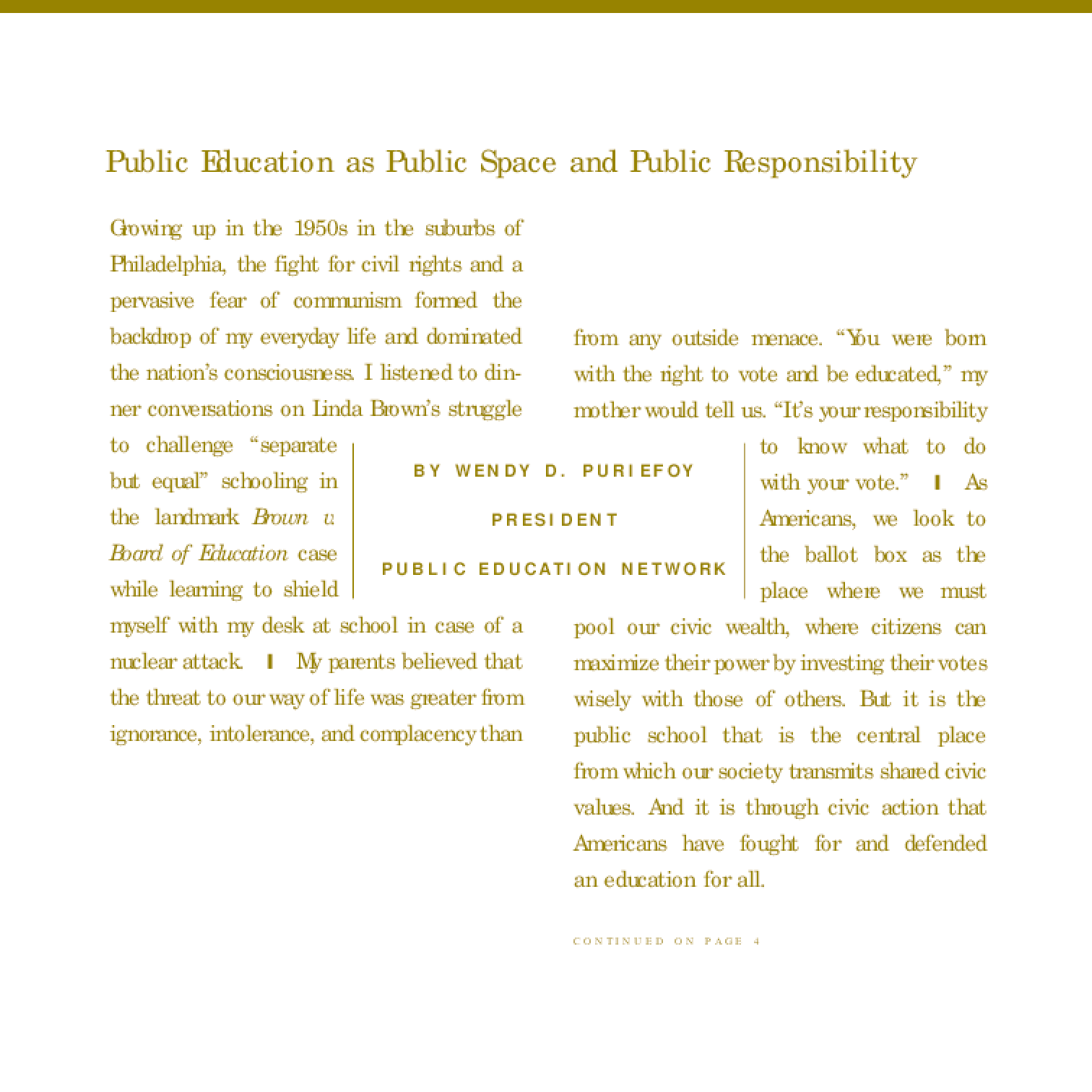