President's Message - As the 50th anniversary of Brown v. Board of Education approaches, and state budget shortfalls continue, Wendy D. Puriefoy calls for "no child left behind" to become a sacred national commitment. Senator Kennedy on the Vision of Public Education - Sen. Edward M. Kennedy argues that the funding made available for school reform must be aligned with the goals set by NCLB. Making It Happen - Legal Defense Fund President Elaine R. Jones says courts must advance the cause of equity in schools to banish remnants of segregation that linger long after Brown. Viewpoint - Jack Jennings, director of the Center on Education Policy, played a role in implementing the Elementary and Secondary Education Act in the 1960s. Today he examines the policy and funding parallels between the original act and NCLB. Conversations - Peter McWalters, president-elect of the Council of Chief State School Officers; Angela Z. Monson, Oklahoma state senator; and Ted Sanders, president of the Education Commission of the States, discuss the many challenges states face in meeting NCLB requirements. End Notes - Richard Navarro, UNICEF's education chief, encourages international support to help Afghanistan rebuild its education system. 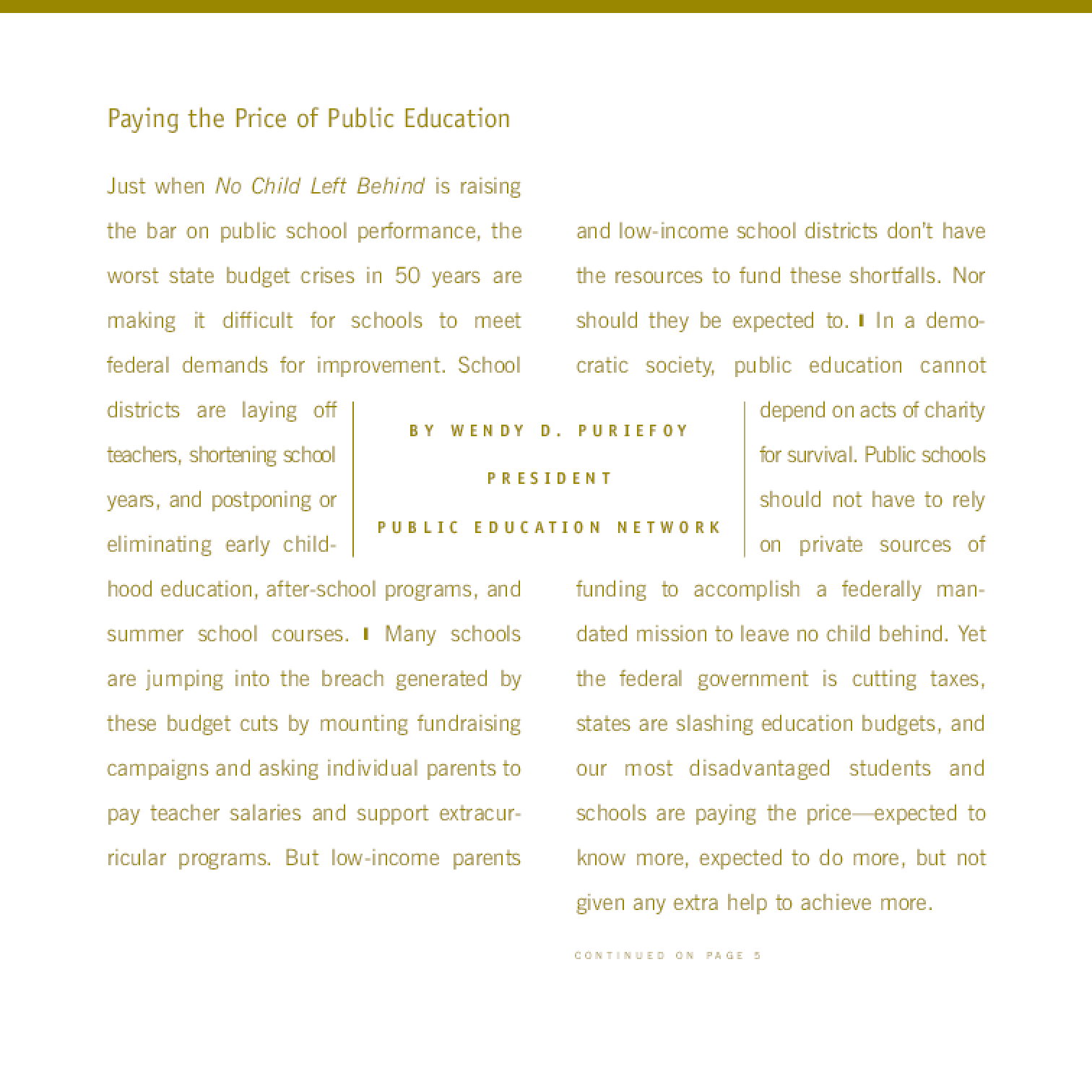