Conservation of Sulaiman Markhor and Afghan Urial by Local Tribesmen in Torghar, Pakistan

Chapter 1 of the book Lessons Learned: Case Studies in Sustainable Use. This chapter describes the events that led to the creation of STEP (Society for Torghar Environmental Protection), its achievements, and outlines its future plans. The paper demonstrates that by involving local communities in conservation projects, both wildlife and communities benefit. Torghar lies in the district of Killa Saifullah within the province of Balochistan, Pakistan. The Pathan tribe, the largest of the Kakar group, have been living in this area for several generations. Several sub-tribes exist for whom hunting is a tradition. Before the Afghanistan War began in 1979, primitive weapons and the scarcity of ammunition limited the number of animals killed. As the pace of the war increased, automatic weapons and ammunition became readily available. Seasonal migrants and local residents began hunting indiscriminately and population numbers of wild animals dwindled rapidly. Populations of Sulaiman Markhor (Capra falconeri jerdoni) and Afghan Urial (Ovis orientalis cycleros) -- keystone species in the area -- became critically low. In 1984, representatives of the North America-United States Fish and Wildlife Service (USFWS) arrived in Balochistan to explore opportunities for wildlife conservation. Tribesmen from Torghar expressed an interest in wildlife conservation and a self-supporting conservation programme was established: The Torghar Conservation Programme (TCP), later the Society for Torghar Environmental Protection (STEP), whose design was based on the principles of sustainable use, local tribe involvement, and conservation biology. Today the numbers of Sulaiman Markhor and Afghan Urial have increased significantly. The capacities of local tribes have also increased and the economic and social infrastructure of the area has developed positively. 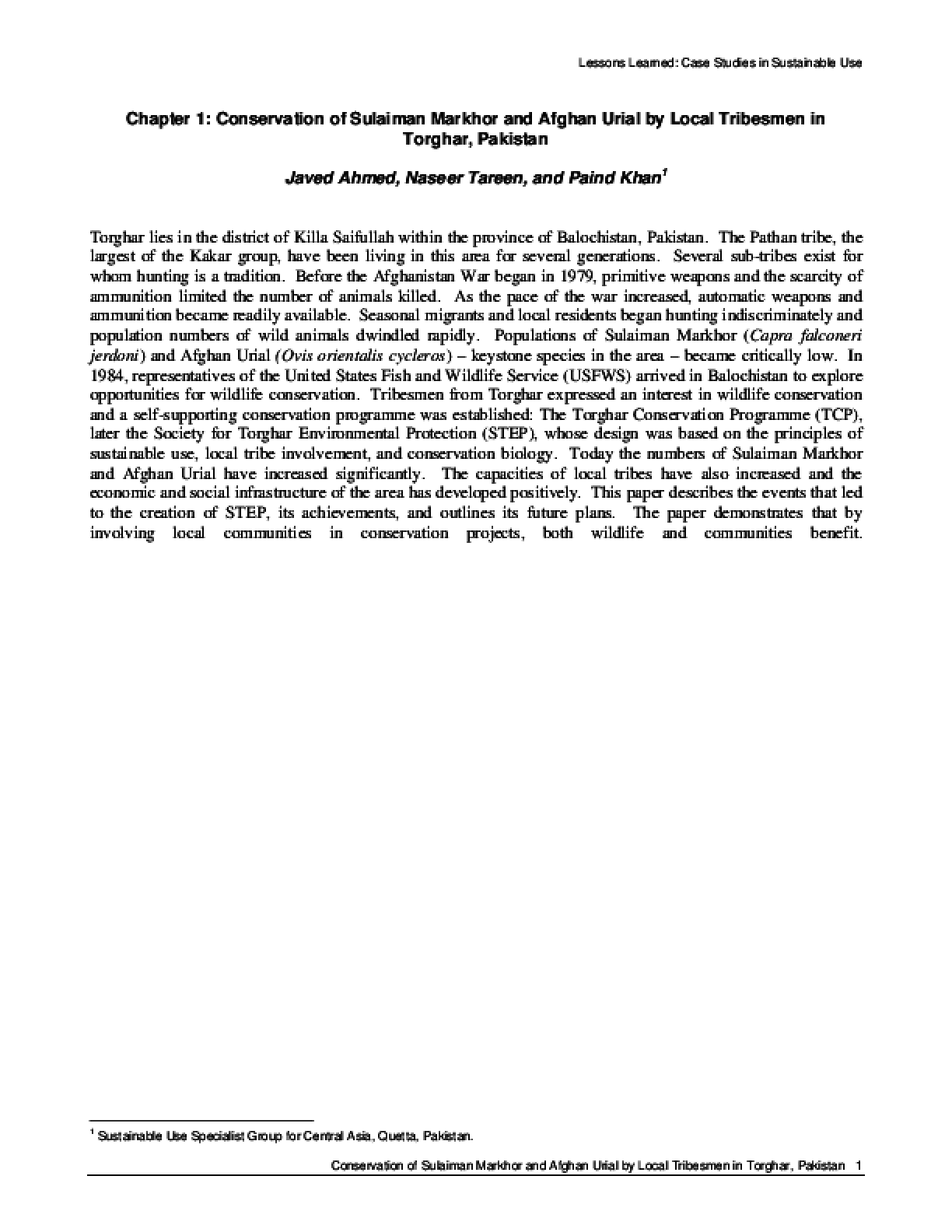