Conservative and Liberal Views of Science

Conservative distrust of scientists regarding climate change and evolution has been widely expressed in public pronouncements and surveys, contributing to impressions that conservatives are less likely to trust scientists in general. But what about other topics, where some liberals have expressed misgivings too? Nuclear power safety, vaccinations, and genetically modified organisms (GMOs) are three often-mentioned examples. For this report, five similarly worded survey questions were designed to test the hypothesis that, depending on the issue, liberals are just as likely to reject science as conservatives. The five questions were included along with many unrelated items in telephone surveys of over 1,000 New Hampshire residents. 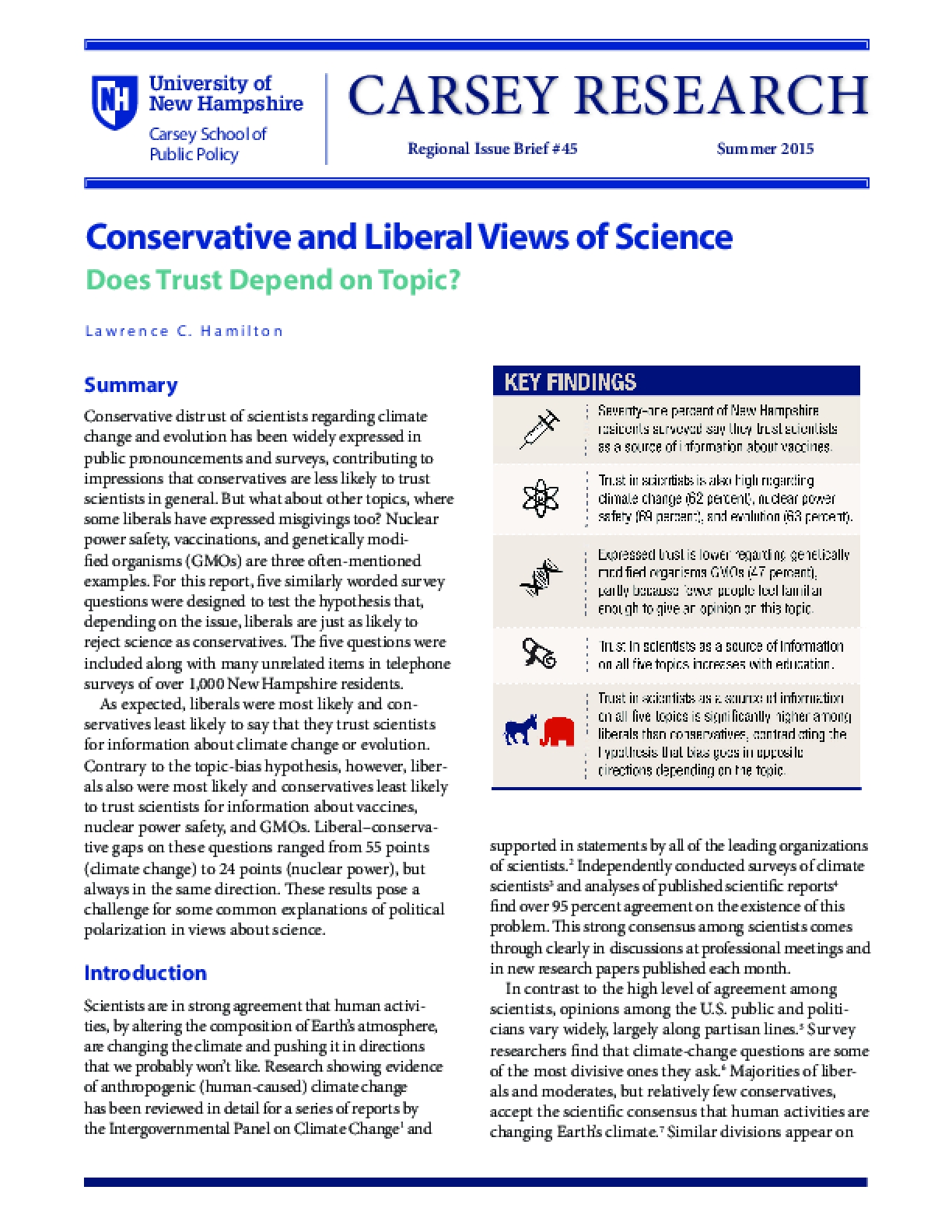