Two years after the failure of Senate legislation to expand background checks on gun purchases, the public continues to overwhelmingly support making private gun sales and sales at gun shows subject to background checks. Currently, 85% of Americans -- including large majorities of Democrats (88%) and Republicans (79%) -- favor expanded background checks, little changed from May 2013 (81%).

The analysis in this report is based on telephone interviews conducted July 14-20, 2015 among a national sample of 2,002 adults, 18 years of age or older, living in all 50 U.S. states and the District of Columbia (700 respondents were interviewed on a landline telephone, and 1,302 were interviewed on a cell phone, including 758 who had no landline telephone). The survey was conducted by interviewers at Princeton Data Source under the direction of Princeton Survey Research Associates International. A combination of landline and cell phone random digit dial samples were used; both samples were provided by Survey Sampling International. Interviews were conducted in English and Spanish. Respondents in the landline sample were selected by randomly asking for the youngest adult male or female who is now at home. Interviews in the cell sample were conducted with the person who answered the phone, if that person was an adult 18 years of age or older.

As previous Pew Research Center surveys have found, there is broad support for expanded background checks even from those who say it is more important to protect gun rights than to control gun ownership. 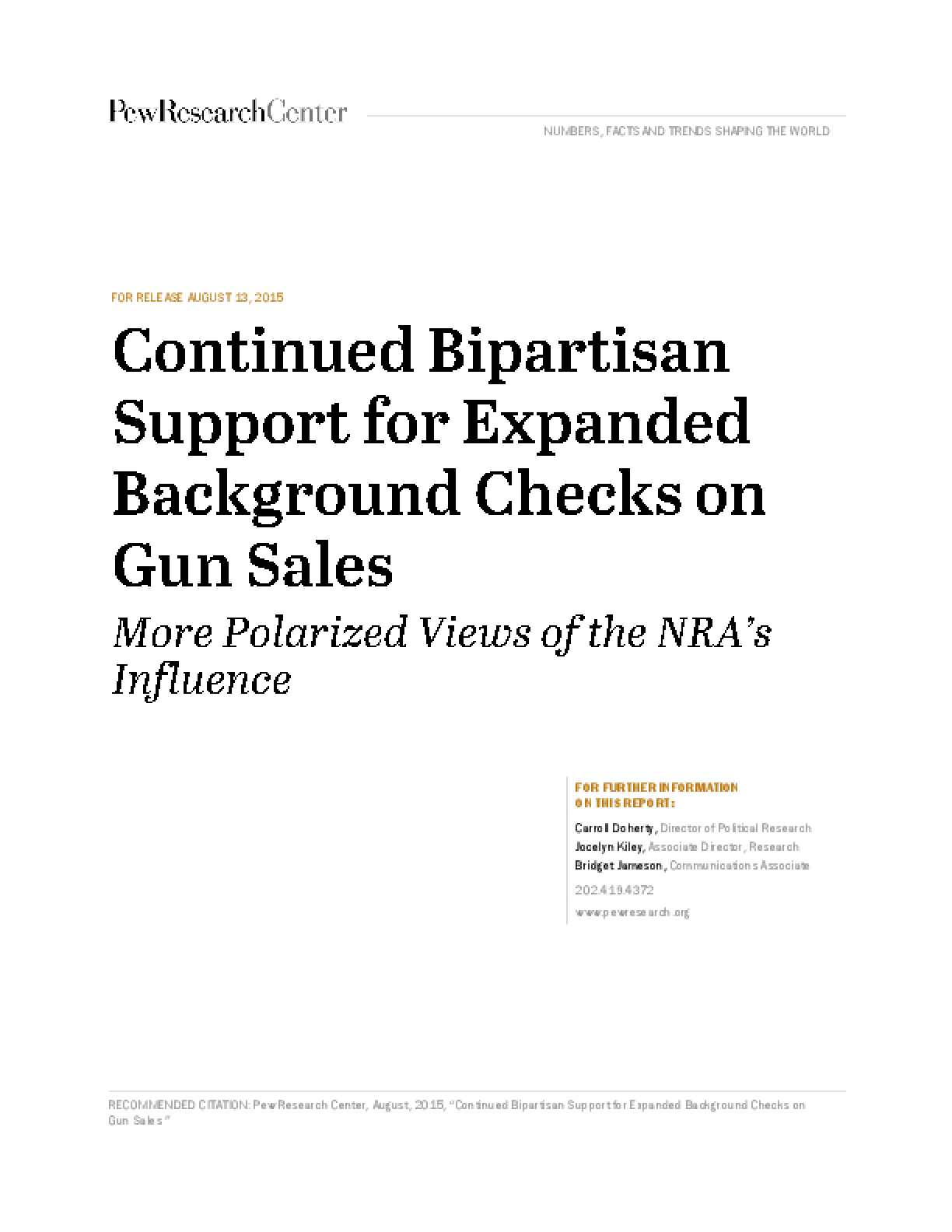