Contraceptive Use in the United States

WHICH METHODS DO WOMEN USE? 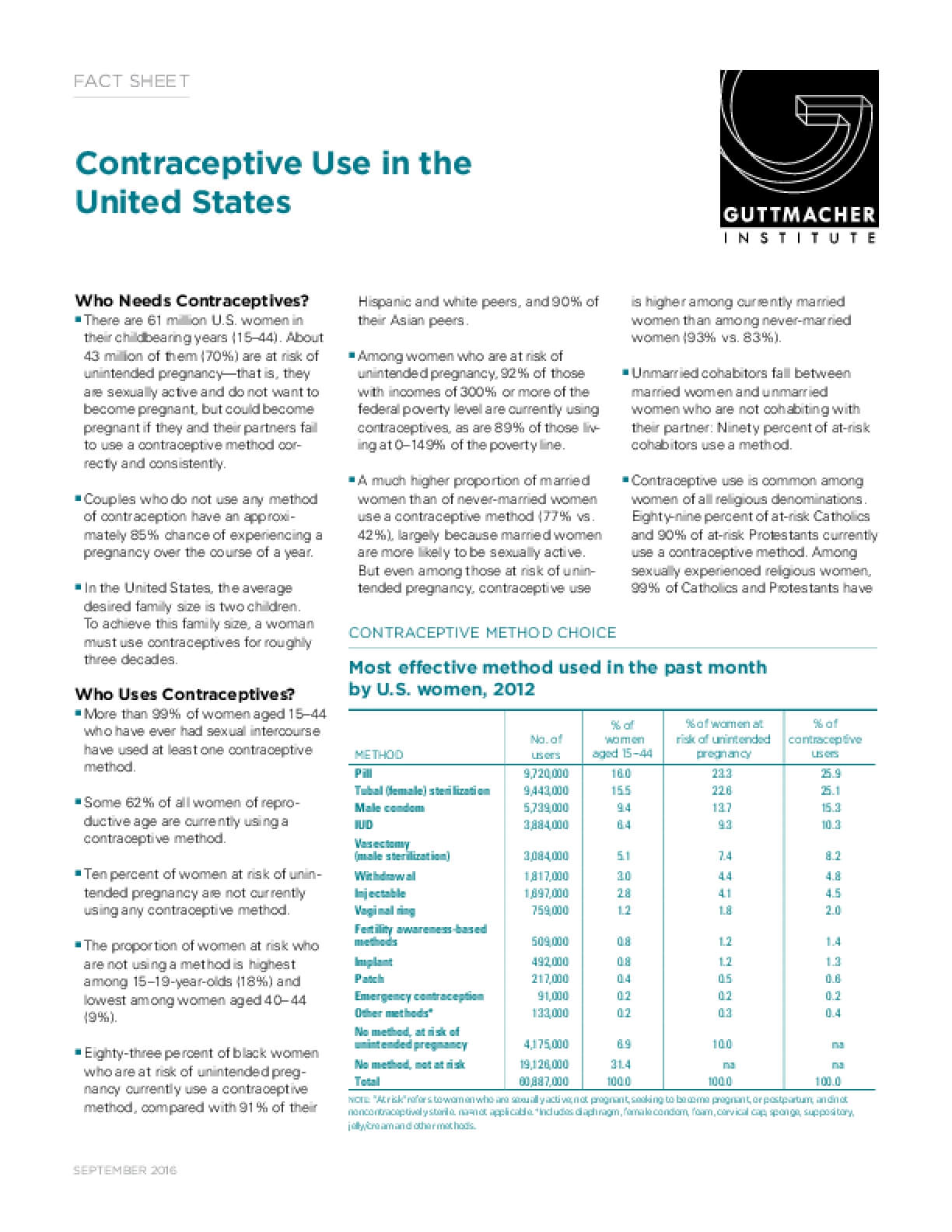