Contradictions and Control in Systemic Reform: The Ascendancy of the Central Office in Philadelphia Schools

The central administrators of school districts have only rarely been the focus of education research. Still, the prevailing attitude is that districts are either irrelevant to or inhibitors of reform. Studies of school-based reform efforts often conclude that central office policies impede innovation. The proposals for school choice, charter schools, vouchers, and contract schools are a response, at least in part, to the perceived ineffectiveness of school districts. States and the federal government, more and more, provide funding directly to schools, rather than via district central offices. And in 1994, the Annenberg Foundation's $500 million "Challenge" pledge, the largest gift to urban public education ever made, bypassed the school district's central offices as a mechanism of reform in nearly every site where it operated. 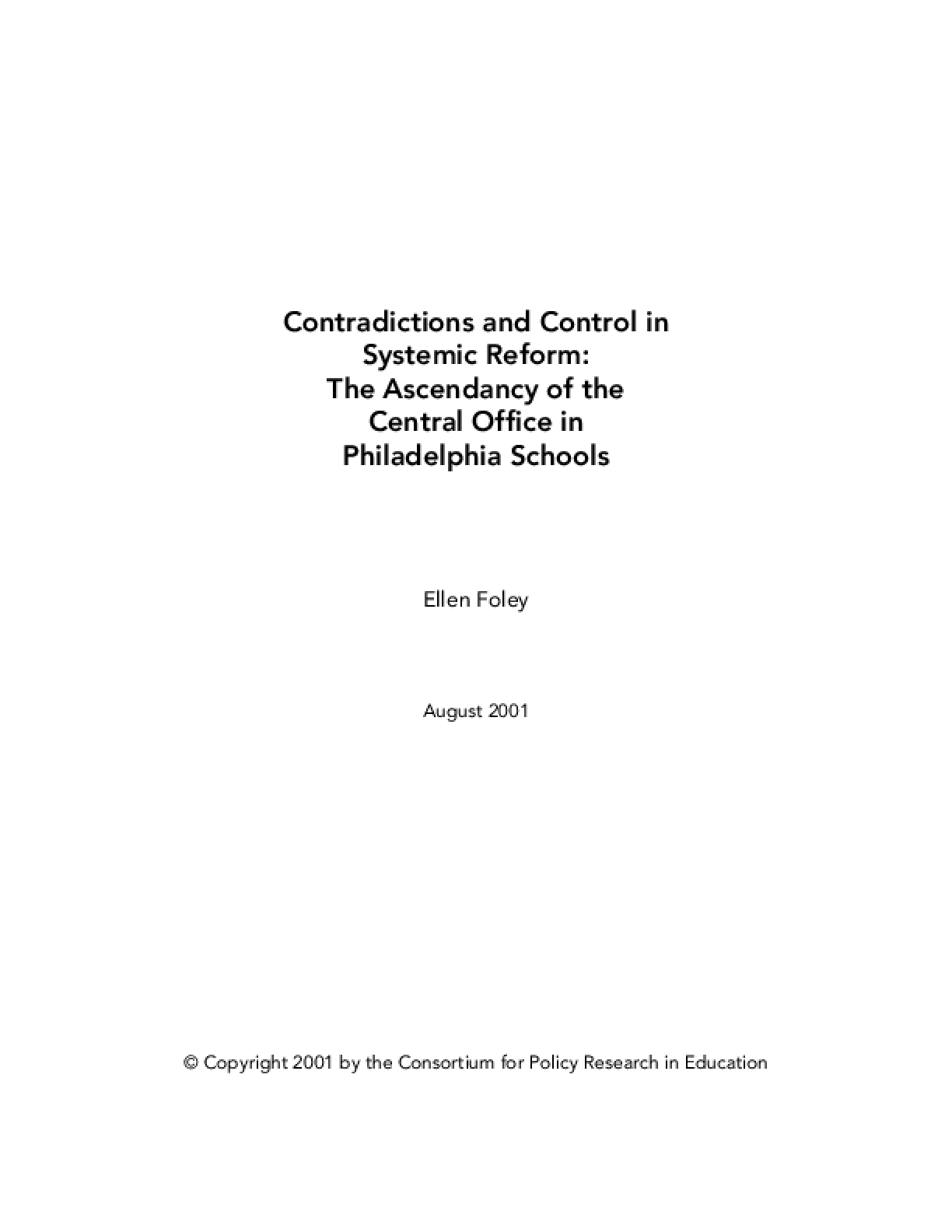