Spending on health care in the United States continues to increase rapidly, consuming a greater share of the total economy each year. Over the past decade, prescription drug spending has been the fastest growing component of health care expenditures both nationwide and in Washington state. The federal government, state governments, individuals and employers all pay for prescription drugs, and everyone is affected by rising costs. While it is true that overall drug prices have gone up, and in many cases at more than triple the rate of inflation, price increases alone do not account for the drastic increase in spending on pharmaceuticals. The three biggest cost drivers, in order, are: 1) the average person fills more prescriptions than ever before (increased utilization), 2) new classes of drugs arrive on the market in high demand and at high prices, and 3) pharmaceutical companies hike prices on existing drugs. Double-digit increases in total prescription drug costs create two interrelated problems. First, higher prices mean less access for uninsured individuals, and often a difficult choice for the poor: to treat or eat? Second, increased drug spending forces state governments to face a similar choice: to continue funding drug coverage for seniors, the disabled and others at escalating prices and pay for it by cutting teacher salaries, raising taxes, and underfunding firehouses, or to roll back drug benefits and eligibility for already vulnerable groups? While Congress has thus far failed to pass Medicare prescription drug or generic drug legislation, and the executive branch has taken a hands-off approach, the states have taken the lead in designing innovative policies to reduce manufacturer prices and expand access to necessary drugs. Legislation in Washington state, debated in 2002 and expected to be reintroduced in 2003, would allow the state to evaluate the benefits and costs of various and competing prescription drugs, negotiate price discounts for the best-value drugs, and pass the savings on to those who lack prescription drug coverage. Allowing the state to shop smarter is a sensible, near-term way for Washington to address the related problems of access and cost. Furthermore, an emerging consensus among states may drive more fundamental policy changes at the federal level. 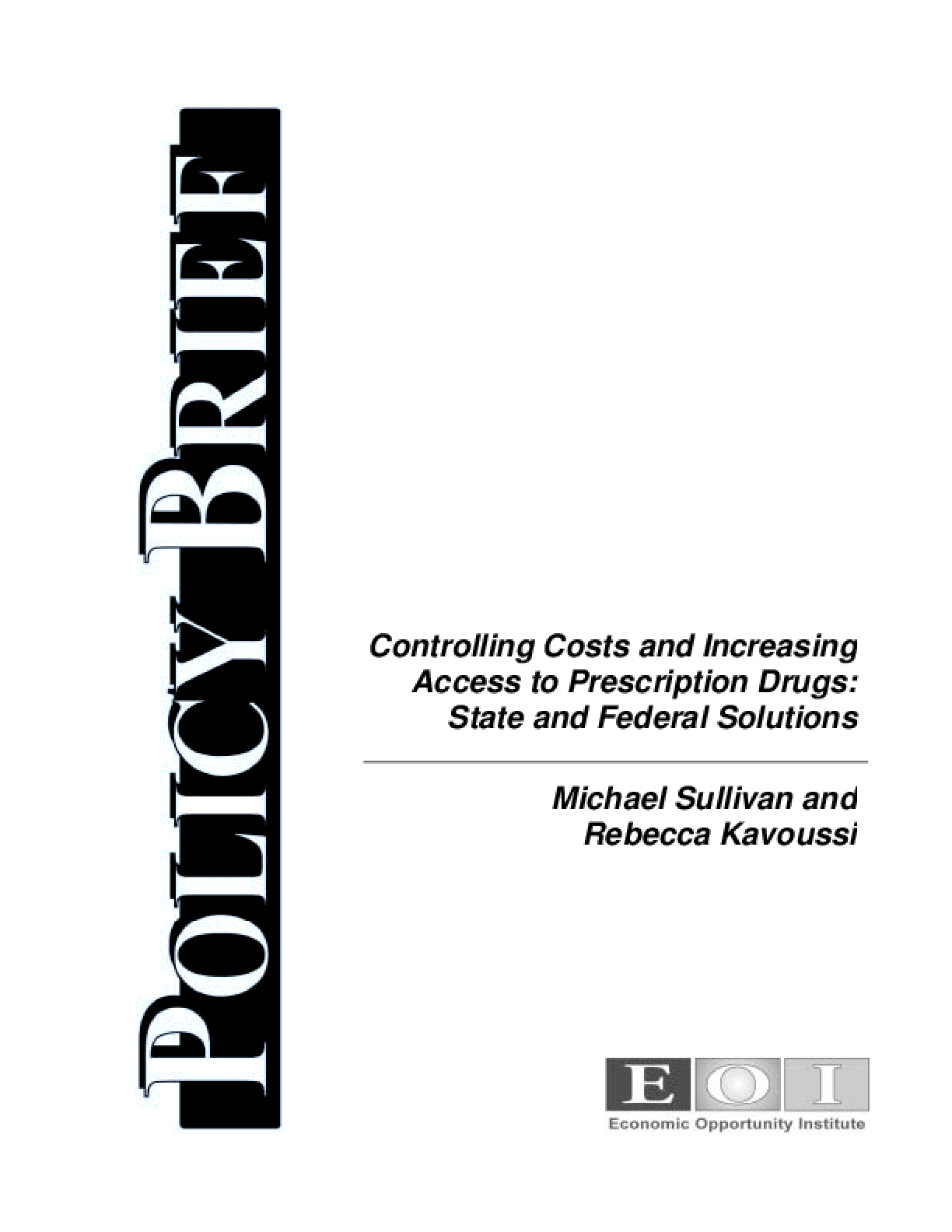