In spring 2013, a group of community leaders partnered to facilitate a pilot effort to develop a systematic, replicable approach for identifying highly vulnerable, chronically homeless people living in the Skid Row area of downtown LA for placement into PSH. The group undertook a second pilot effort over the winter of 2013–2014 to expand the CES to cover all single adults in 14 pilot sites countywide. Countywide expansion was based on Service Planning Areas (SPAs), which are eight sub-regions of Los Angeles County used for many years by government departments for public planning. Although SPA boundaries are not perfect, the community leaders implementing CES countywide decided to use the long-established SPA geography. The first pilot, in the Skid Row area of downtown LA, was a high energy, short campaign to bring housing and service providers together, coordinate available resources, and establish protocols for triaging and matching clients to units. Over a period of just 100 days, providers created a list of vulnerable clients and prioritized them based on the Vulnerability Index (a tool in use nationally as part of Community Solutions' campaigns), mental health status, and length of time spent homeless. The providers then met weekly to case conference, assign a responsible agency, and track progress of clients. Based on the lessons learned from the Skid Row pilot, CES partners spent another 100 days implementing a new assessment tool, a combination of the Vulnerability Index tool already in use and the Service Prioritization Decision Assistance Tool, called the VI-SPDAT. The implementation team realized that a more robust evaluation tool would need to be in place before further expansion could occur. To address this need, the team selected the VI-SPDAT because the tool allowed for the identification of both high-acuity individuals in need of service rich PSH and lower-need individuals who may be better served by other types of housing. CES leaders also used this time to develop a standardized document for tracking assessment data and available housing resources. The second pilot phase expanded CES from Skid Row to 14 pilot communities in seven SPAs throughout the county. Each SPA was expected to use the standard tools, but otherwise local leadership was empowered to establish partnerships and approaches that worked best given geographic constraints and provider engagement and capacity. The CES model and examples of regional variation in how the CES has been implemented are shown in Exhibit 1 (see page 4). 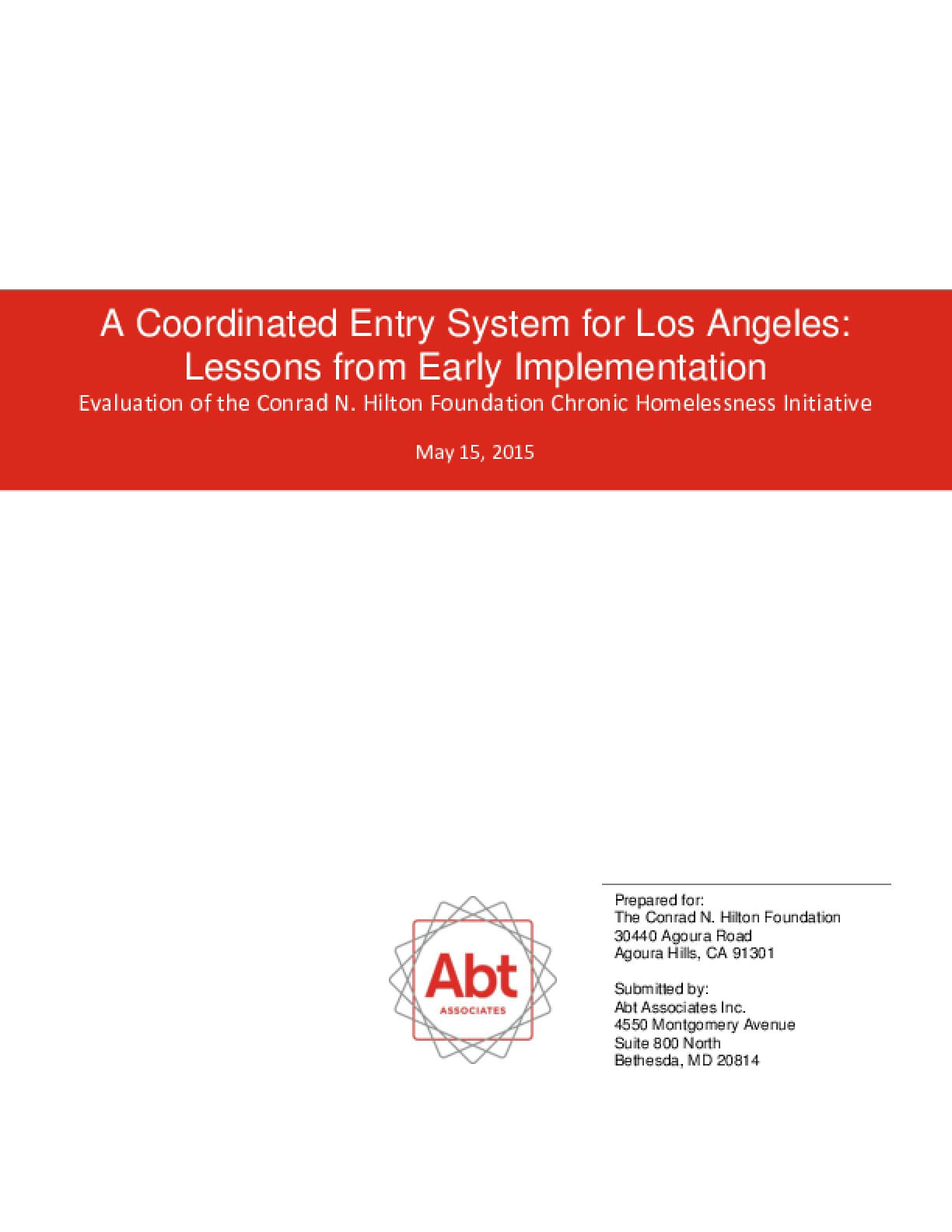