The Coral Triangle is the most biologically and economically valuable marine ecosystem on the planet. Covering just three percent of the globe, the region represents more than half of the world's reefs and boasts 76 percent of its known coral species. Sustaining more than 130 million people who rely directly on the marine ecosystems for their livelihoods and food, the marine habitats of the Coral Triangle contribute billions of dollars each year toward the economies of the region.

Although the environmental imperative for preserving this area of incredible value and biodiversity is obvious, the growing pressures and threats from widespread poverty, rapid development, and global demands continue to place enormous strain on the natural marine resources of the Coral Triangle. 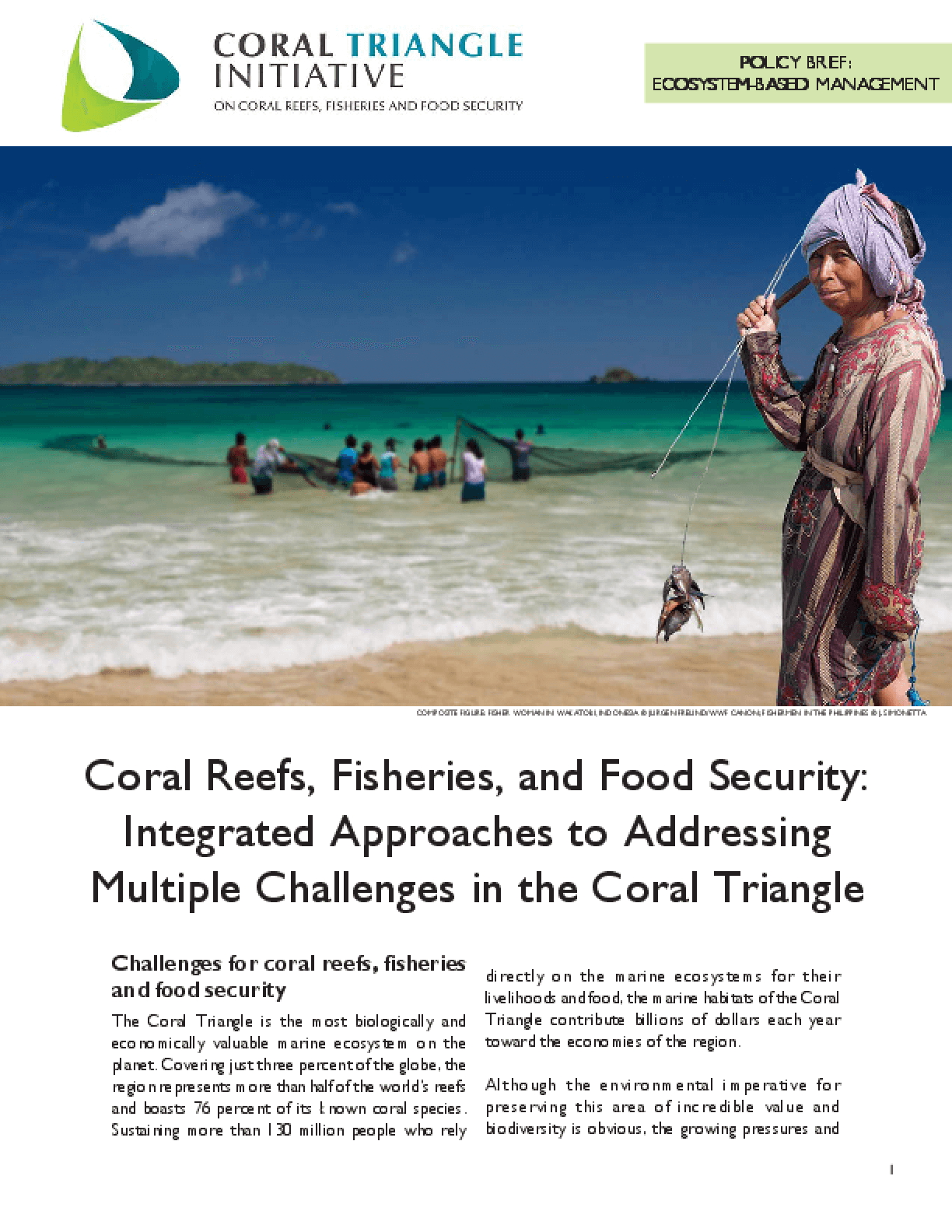