Corrupting Charity: Why Government Should Not Fund Faith-Based Charities

President George W. Bush has proposed that faith-based charities be made eligible to receive billions of dollars in federal grants to provide social services. But doing so risks mixing government and charity in a way that could undermine the very things that have made private charity so effective. Government dollars come with strings attached and raise serious questions about the separation of church and state. Charities that accept government funds could find themselves overwhelmed with paperwork and subject to a host of federal regulations. The potential for government meddling is tremendous, and, even if regulatory authority is not abused, regulation will require a redirection of scarce resources from charitable activities to administrative functions. Officials of faith-based charities may end up spending more time reading the Federal Register than the Bible. As they became increasingly dependent on government money, faith-based charities could find their missions shifting, their religious character lost, the very things that made them so successful destroyed. In the end, Bush's proposal may transform private charities from institutions that change people's lives to mere providers of services, little more than a government program in a clerical collar. Most important, the whole idea of charity could become subtly corrupted; the difference between the welfare state and true charity could be blurred. Charitable giving is at a record high; there is no need to risk deepening the involvement of government and religious charity. President Bush should abandon his proposal and leave charities to do what they do best. 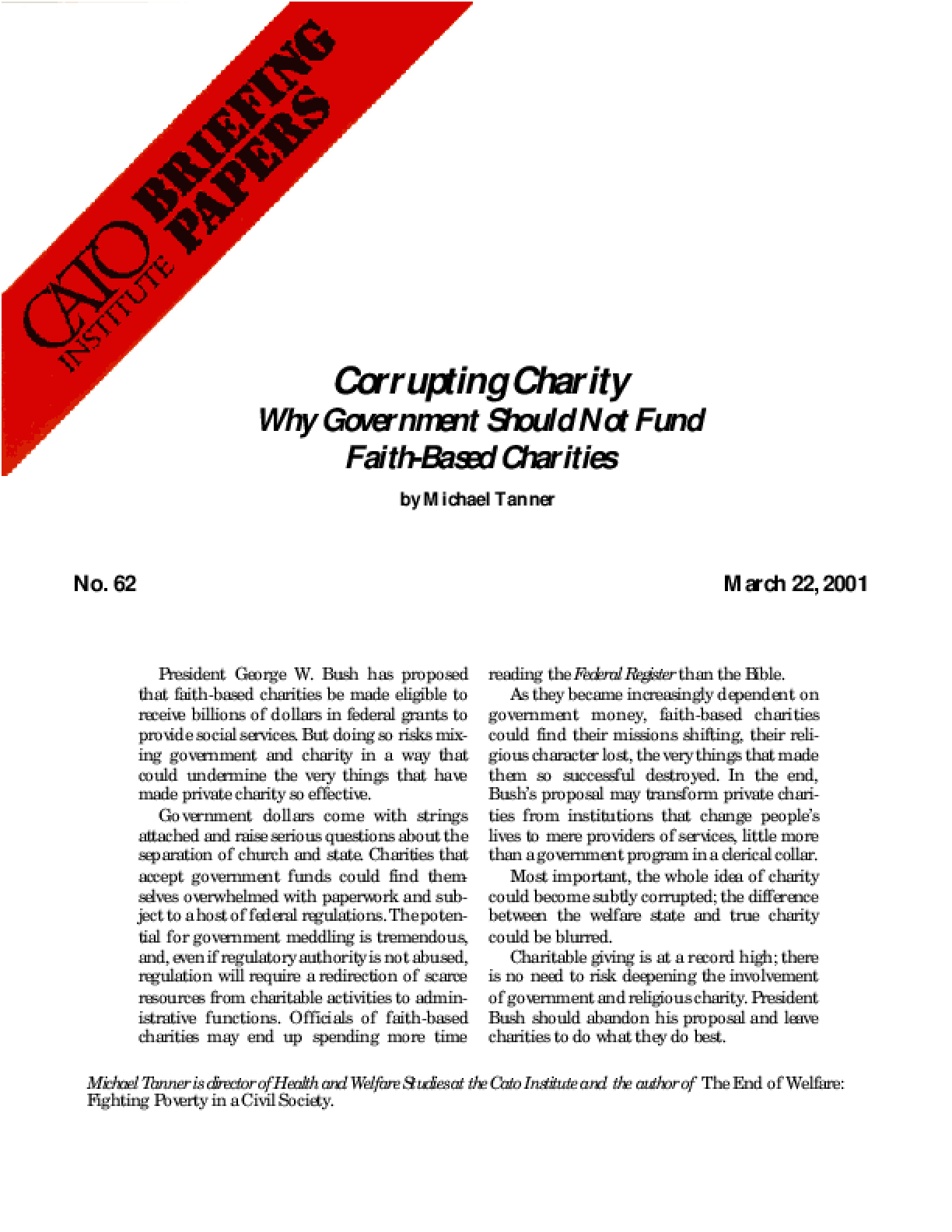